'I had a point to prove to my critics' 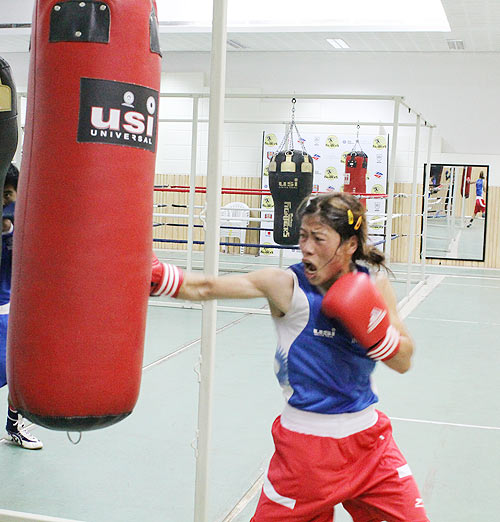 India's most successful woman boxer M C Mary Kom is spewing fire even though it is celebration time for her after clinching her maiden gold medal since jumping a division, in the Asian Championships in Mongolia.

"In the past one year, a lot of comments have been made about me. Some said I am past my prime, that I am denying other more deserving boxers (notably multiple-time Asian champion L Sarita Devi) their chance but I am glad that I have been able to prove myself," Mary Kom said after returning to the country on Tuesday.

This was the five-time world champion's first gold since leaving pin-weight (46kg) for 51kg, which is an Olympic category for the upcoming London Games.

Elated she might be, but the mother of two was a touch upset as well because of the criticism she faced after managing just a bronze in the 2010 Asian Games -- her maiden appearance in the new division.

"I had a point to prove to my critics. Lot of people said that I will not have the strength to do well, it would be difficult for me to adjust. No doubt, it was but it wasn't impossible and I just proved that," Mary Kom, who extracted revenge on her Asian Games nemesis -- Ren Cancan of China, said.

'I have sorted out my weaknesses' 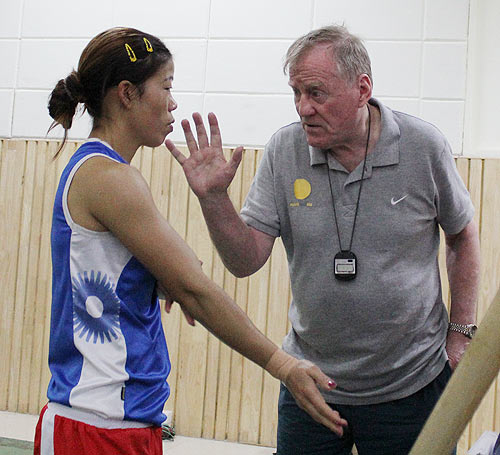 The 29-year-old, who has won Asian Championships gold thrice before in the pin-weight division, said she went into the event a smarter boxer.

"I played very smart and clever. I had worked hard on my defence, besides I think my movement has also improved. And for all those who doubted my credential since shifting my category, I can say that I am very comfortable in this division," she asserted.

"I have sorted out my weaknesses," she declared.

Asked what the difference was in fighting Cancan this time, Mary Kom said, "I think she was a bit intimidated by me. My technique was better and I guess, I managed to out-think her."

Mary Kom had a tough time after shifting her weight category as L Sarita Devi, who incidentally also won a gold in Mongolia competing in the 60kg division, had staked her claim in the 51kg division since she was already competing in it prior to the Guangzhou Games.

'Will definitely get an Olympic berth and a medal' 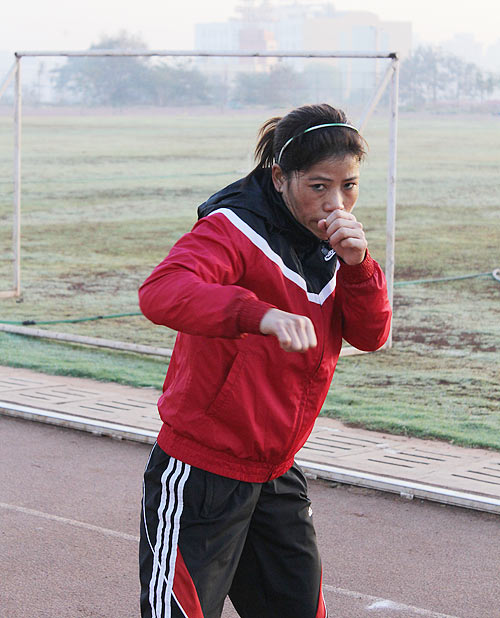 Things became ugly when Sarita claimed Mary Kom had been unfairly selected and even threatened to return her Arjuna award.

"That was a phase which left me very upset. She has also jumped a division now but no one questioned her. But I was asked questions all the time about my decision, that hurt a lot," she said.

"But that is past now and now I can say, this new division is no big deal for me," she said.

Next up is the World Championships in May, which will double up as an Olympic qualifying event, and Mary Kom said she is more confident than ever as she begins the countdown to the mega-event which she has dominated.

"I am very confident especially after this gold medal. I will go there in a very positive frame of mind and would definitely get an Olympic berth and a medal," she signed off.
© Copyright 2021 PTI. All rights reserved. Republication or redistribution of PTI content, including by framing or similar means, is expressly prohibited without the prior written consent.