Hollywood celebs at US Open final 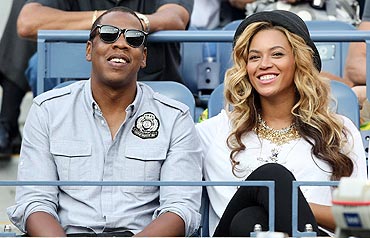 The US Open is the biggest tournament in America's tennis calendar. Enough reason for the big personalities from Hollywood to catch their favourite tennis stars in action.

Rediff.com gives you a glimpse of the big names from Hollywood who were at Monday's final.

The couple, who are expecting their first child early next year, was treated to some fine tennis as Djokovic overpowered Nadal to win his maiden US Open crown. 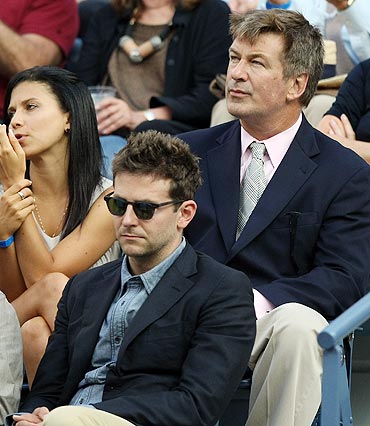 Among those celebs spotted in the stands were actors Alec Baldwin, Bradley Cooper and Ron Rifkin.

All were engrossed in the proceedings, on the edge of their seats, though the match ended tamely, Nadal unable to prevent the Serbian from racing through the fourth set in 42 minutes. 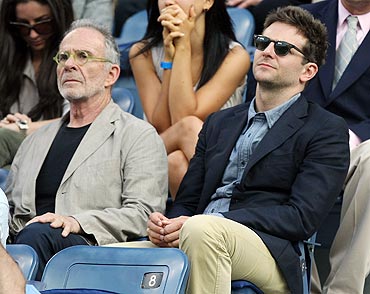 Image: Bradley Cooper (right) and Ron Rifkin at the US Open men's final

Bradley Cooper and Ron Rifkin seemed to be having a lot of fun in each other's company.

World number one Djokovic produced a masterful display of tactics and precision to seal victory after four hours and 10 minutes.

No clowning around at Flushing Meadows for Stiller, Wilson 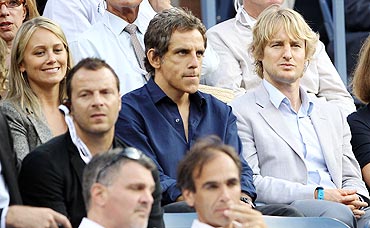 The boys with the funny bone, Ben Stiller and Owen Wilson were also among the attendees at the US Open.

They were seen in the company of actor Christine Taylor.

Nadal, who was the undisputed king of tennis 12 months ago when he completed his collection of Grand Slam titles at Flushing Meadows, was again left searching for answers after a season in which he has lost six finals, including Wimbledon, and the number one ranking to Djokovic.

Timberlake takes time out for some tennis 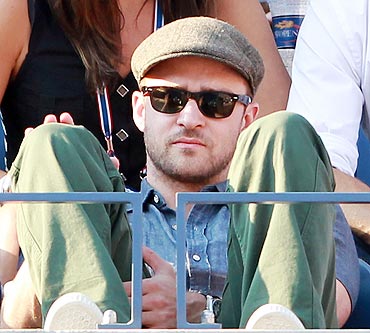 The Facebook actor watched with his feet up as Djokovic capped one of tennis's greatest seasons with an awe-inspiring triumph.

Tucci at the finals 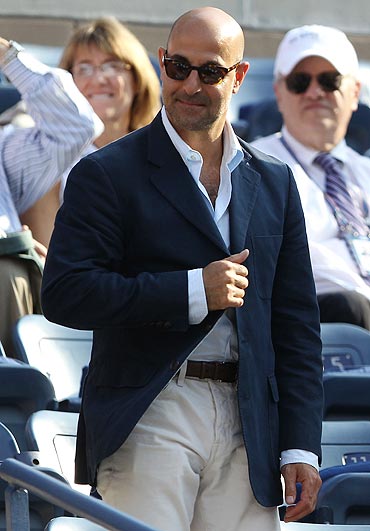 Actor Stanley Tucci was another big name at US Open men's final.

The Terminal and Dance With Me actor must have been surprised by the ease with which the 24-year-old Djokovic claimed his first US Open title, after he had twice been beaten in the final, including last year's decider by Nadal.

Lithgow soaks in the action with beautiful company 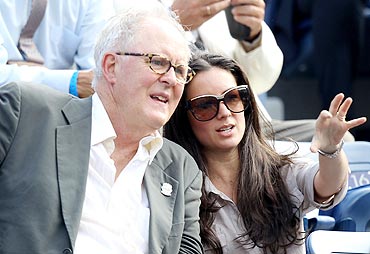 Veteran actor-cum-author John Lithgow shares notes with a friend during the men's final.

'It really sounds unreal. It's an incredible feeling,' said Djokovic, after sealing his third Grand Slam this year, having won the Australian Open and Wimbledon. 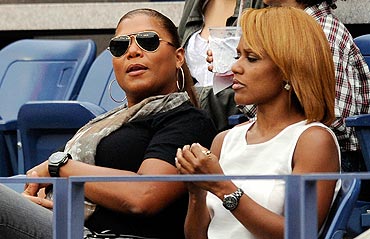 Image: Queen Latifah at the US Open women's final between Serena Williams and Samantha Stosur

Queen Latifah also made it to the US Open women's final, between Samantha Stosur ans Serena Williams on Sunday.

Before the start of the match, Queen Latifah sang the American national anthem to mark the 10th anniversary of the 9/11 terrorist bombing.

Samberg at the women's final 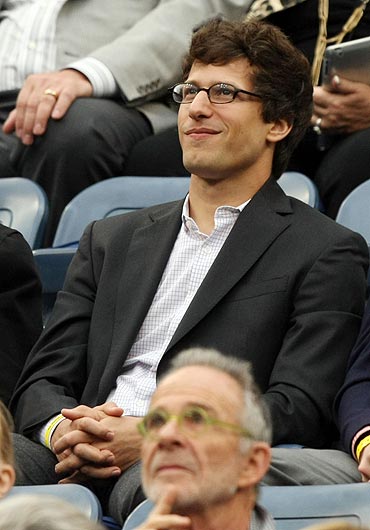 When Hollywood and NBA met! 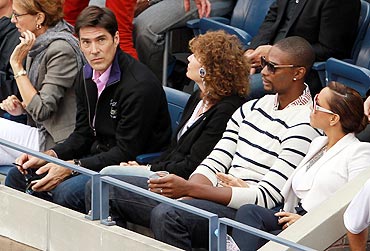 They watched as the 27-year-old Stosur became the first Australian woman in 38 years to win the title. She upset a heavily-fancied, but ultimately petulant Williams 6-2, 6-3 in an ill-tempered final