Sign in  |  Create a Rediffmail account
Rediff.com  » Sports » 'Hockey India should learn how to treat seniors from BCCI' 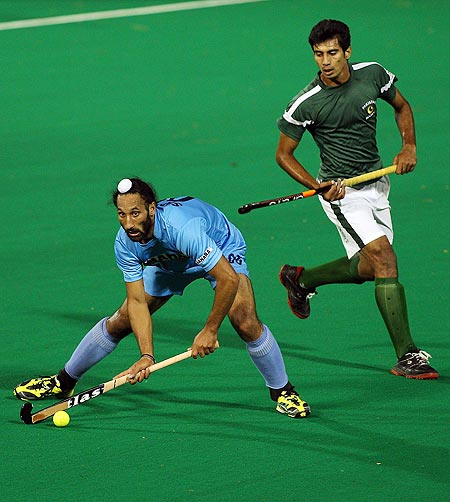 Deeply hurt on being ignored from the list of Olympic probables, former hockey captain Rajpal Singh on Monday fired a salvo at Hockey India (HI), saying they should take a cue from the Indian Cricket Board as to how to treat the senior players.

"I am really hurt on being ignored but certainly not shocked. This kind of treatment sets a bad precedent as junior players in the team do not get the amount of guidance they need," said Rajpal.

"Look at the BCCI, senior India players Sachin Tendulkar and Virender Sehwag are not scoring runs in Australia but the cricket board has not dropped them because their is a way to treat the senior players."

"This is not the way to treat a senior player like Arjun Halappa. It gives a wrong signal to the youngsters as it may demotivate them," the 28-year-old forward told media persons on the sidelines of a promotional event.

'Playing for the country will always be the ultimate' 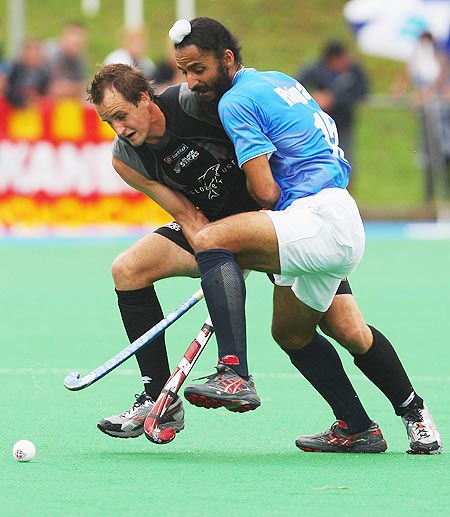 Rajpal and former skipper Halappa were on Monday left out of the list of 48 probables announced by Hockey India for the London Olympics starting from July 27.

Rajpal and Halappa were among the 32 probables for the qualifiers but later the former was axed while the latter was named as a standby in the pruned 18-member squad.

The national selectors announced the names of the probables within hours of India qualifying for the Olympics after their 8-1 victory over France in the final of the qualifying tournament here last night.

Rajpal, however, ruled out any retirement talks following the snub and said that he is in no mood to quit the game.

"Hockey is my passion as I want to play the game in any form whether it is for my state, my employer or the country.But playing for the country will always remain the ultimate thing for any sportsperson," said Rajpal adding that he would continue playing hockey as long as his body supports him.

Rajpal made his international debut in 2005 and led the team in the finals of Sultan Azlan Shah Cup in 2010 when India were declared joint winners with South Korea. The striker has 147 international caps to his name and 52 goals.