Treble-winning Bayern Munich unveiled their new coach Pep Guardiola amid media frenzy on Monday as the Bavarians prepare to extend their domination at home and in Europe.

The former Barcelona coach said he was ready to accept the challenge of coaching a team that has just played an outstanding season under Jupp Heynckes, winning the domestic league and Cup double and topping it off with the Champions League title.

"I must accept the comparison," Guardiola, dressed in a dapper three-piece grey suit and burgundy tie and speaking in German throughout, told an overflowing news conference at the club's Allianz Arena.

"I have to be able to live with that. I am under pressure, of course, but I know this and I accept this challenge without fear and that is why I am the coach," he said.

One of the world's biggest clubs 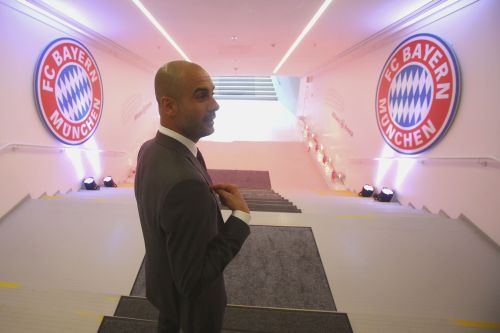 The 42-year-old Guardiola, who won 14 trophies in four years at Barcelona, is Bayern's biggest signing for the coming season as they eye more silverware. He took a year out after leaving the Spanish club in 2012, spending most of his time in New York.

"I am ready. My time in Barcelona was wonderful but I needed to move on and Bayern gave me the possibility and I had to take it."

"What I feel now is a gift, a blessing to be here to be with Bayern and the very thought about me as the coach is a gift," added the Spaniard who has signed a three-year contract.

He said his first reason for accepting the Bayern offer was the club's players and history.

"It is one of the world's biggest clubs and the people who run the club know how to do it well and they took the decision to call me."

"Sometimes you take over a team on the way down... like in my first year as professional coach," said Guardiola, flanked by club bosses Uli Hoeness, CEO Karl-Heinz Rummenigge and sports director Matthias Sammer. 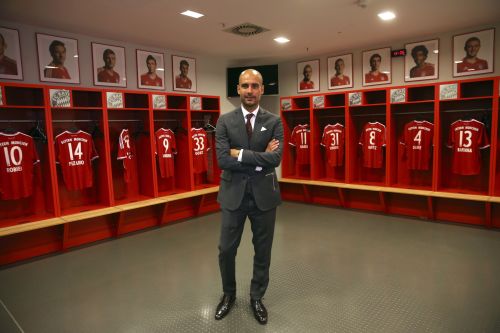 "This situation is completely different. It is a good thing it is different. I take over a team that played exceptionally in the last season. They won three titles. This is the situation. When you are Bayern coach you a always have pressure to play well."

Guardiola said he would not be changing much in a team that had just completed their most successful season in history and said it would be "arrogant" to talk about the start of a new era.

He also refused to comment on individual players, saying he still had to get to know the team and take a look at the club's youth teams as well.

"You don't need to be changing a lot of things in a team that has just won four titles (including German Super Cup)," said the 42-year-old Spaniard. 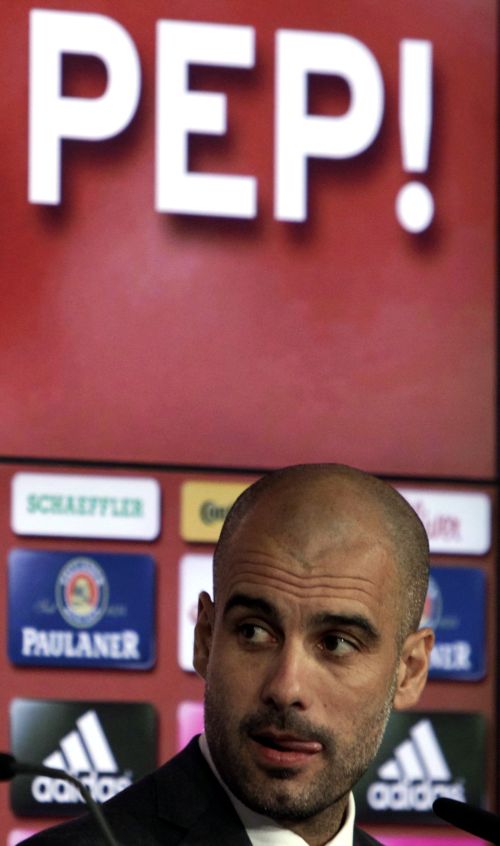 "I will try to continue with that high-level game that Jupp Heynckes achieved. Everyone has their opinions about playing football but it will only be little things we will be changing, really tiny."

The arrival of Guardiola has sparked a frenzy among Bayern supporters with some 30,000 expected in the team's first training session on Wednesday, which had to be moved to the stadium from their training grounds due to the demand.

"I am a bit nervous (about the hype) but this is Bayern," said Guardiola. "They have won every title and so it is normal expectations are high. During my time as coach at Barcelona we had won everything. It is normal that there will be interest."