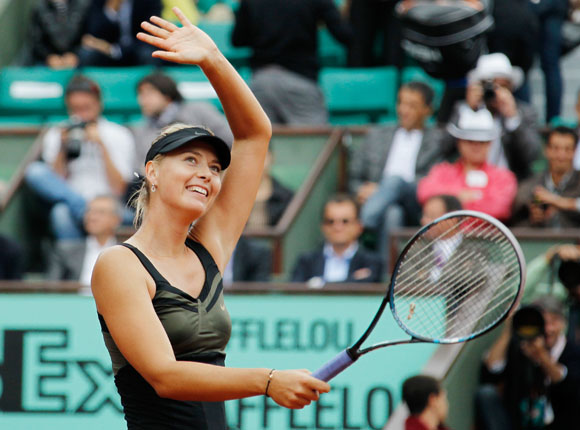 A decibel-busting display of power tennis helped Maria Sharapova reach her third French Open semi-final with a 6-2, 6-3 win over Kaia Kanepi on Wednesday.

The Russian second seed fired a series of winners, each accompanied by her habitual shrieks, to break her opponent's serve seven times in straight-forward quarter-final encounter that lasted only one hour 14 minutes.

The Estonian, who was backed by a small but noisy contingent of face-painted and flag-waving fans, froze on the big stage of Philippe Chatrier Court. 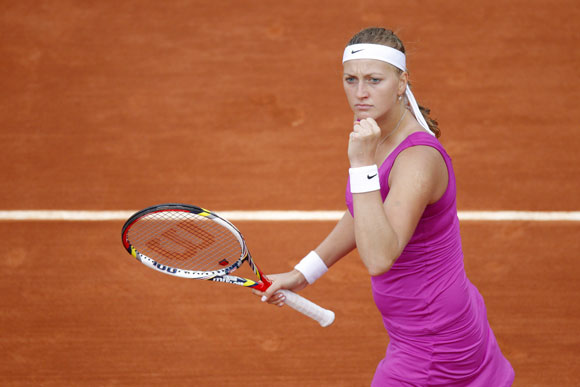 Wimbledon champion Petra Kvitova wriggled out of a spot of bother in the final set to end the gutsy run of Kazakh qualifier Yaroslava Shvedova 3-6, 6-2, 6-4 and reach the semi-finals of the French Open for the first time on Wednesday.

Two days after conquering 2011 Paris winner Li Na, doubles specialist Shvedova looked set to become the first player from her nation, and the first qualifier, to reach the semi-finals here as she led Kvitova 4-2 in the final set.

But the Czech fourth seed kept her focus through driving rain to complete victory after her 142nd-ranked opponent drilled a backhand wide on matchpoint.

Kvitova will next take on title favourite Maria Sharapova for a place in Saturday's final. 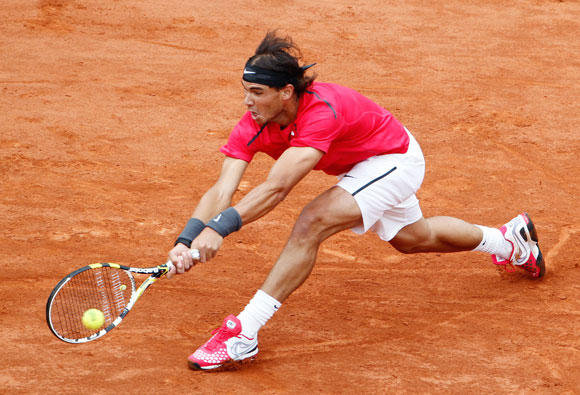 There was no room for sentiment for Rafa Nadal on Wednesday as he bulldozed his way into the French Open semi-finals with a 7-6, 6-2, 6-3 win over his friend Nicolas Almagro.
Both players had entered the contest with a perfect 12-0 sets record at this year's Roland Garros and, after two hours and 46 minutes, it was the six-times champion who stood with his arms aloft after firing an ace on match point.
For Almagro, it was yet another defeat to his Spanish Davis Cup team mate and his win-loss record now stands at 0-8.
Source: