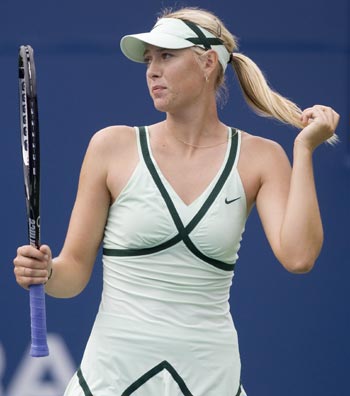 A little bit of retail therapy is all Maria Sharapova needs to overcome her French Open disappointment before she turns her attention to her beloved grasscourt season.

The former world number one's hopes of completing a career grand slam will have to wait for at least another year after she was beaten 6-4, 7-5 by Chinese sixth seed Li Na in the Roland Garros semi-finals on Thursday.

Despite her disappointment, the Russian seventh seed put a positive spin on her performance in the French capital.

"This was a great result for me here. I got to the semi-finals here after not being in this stage of a grand slam for a long time," Sharapova told a news conference after her first last-four outing at a major since winning the 2008 Australian Open.

"I'm quite proud of what I've achieved here but I still feel like I have a lot of work to do.

"As an athlete you want to win. There's no doubt. But, you know, good retail therapy and I'll be fine."

'I enjoy going out to the grass from clay' 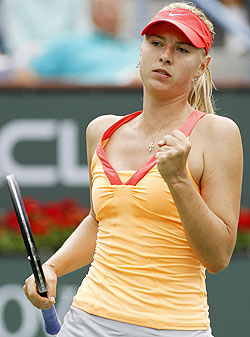 Even though she has matured into a better mover on clay, Sharapova was glad that she would soon be stepping on to the luscious green lawns in her personalised tennis shoes.

"I enjoy going out to the grass from clay," Sharapova, who won her first grand slam crown at Wimbledon aged 17, said.

"The whole summer swing of things, the warmup tournament and Wimbledon and then the summer swing in the U.S., it's probably my favourite part of the season.

"I feel like I have a lot to look forward to. The beauty of tennis is that there is a lot of tournaments during the year."

'It's just a coincidence ' 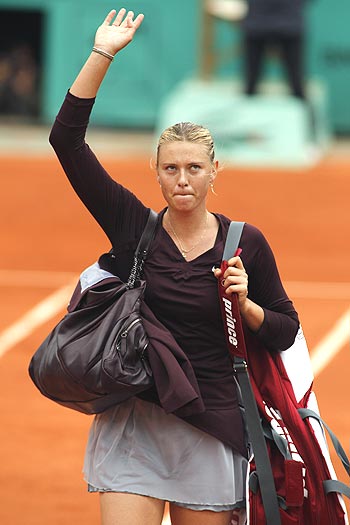 The 24-year-old Sharapova, who has never made it past the last four at Roland Garros in nine attempts but has won each of the other slams once, did not want to get too obsessed with completing a career grand slam.

"It's a coincidence that the three grand slams I won were different," she said.

"I would have been just as happy if I won two of one and one of the other. Obviously it's great that I have an opportunity to win all four.

"It didn't happen this year but if I won another grand slam, whether it's here or not... it will mean just as much to me in my career."