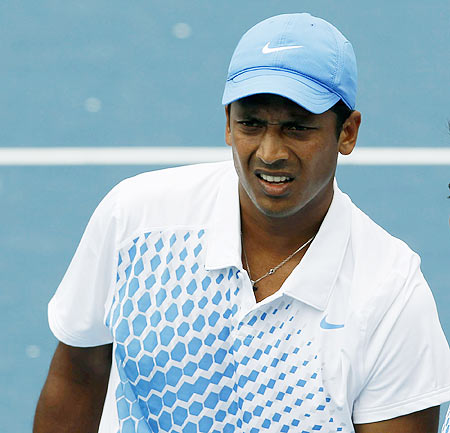 High on confidence after their good performances in the Rome and Madrid ATP Masters, the doubles duo of Mahesh Bhupathi and Rohan Bopanna is eyeing this year's French Open title.

"We had two good tournaments in Rome and Madrid and hence I am pretty confident of our chances to win French Open doubles title," Bhupathi said.

The Indian pair stormed into the semi-finals of the Rome and Madrid events, but could not progress furter.

Bhupathi, ranked 13 in the world, and Bopanna had knocked out top-seeded Max Mirnyi and Daniel Nestor 6-4, 7-5 in the quarter-finals of the ATP Rome Masters.

They, however, lost to Marcel Granollers and Marc Lopez 4-6, 1-6 in the semi-finals.

In the Madrid Open, they went down to Robert Lindstedt and Horia Tecau. 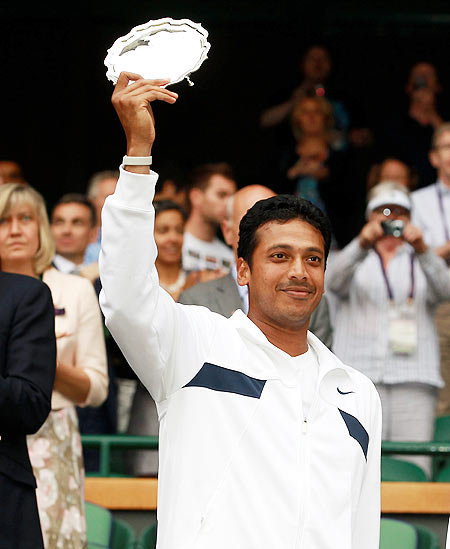 Bhupathi said the chances of winning the French Open doubles title are as good as anyone's.

"I and my partner Bopanna are going to be seeded five or six. If eight players are expected to win it then I guess we are one of them," he said.

Asked about his new partner, Bopanna, Bhupathi said, "We have been playing together for the last five months and we are striking a right chord to meet big challenges ahead."

On India's chances in the London Olympics, he said about eight to ten Indian athletes have a good chance to win medals.

"We have got Abhinav Bindra, some good archers, a couple of good boxers and tennis players. We have a good chance to win eight to ten medals," he said.

Tags: Bhupathi , Abhinav Bindra , Bopanna , London , India
More
© Copyright 2022 PTI. All rights reserved. Republication or redistribution of PTI content, including by framing or similar means, is expressly prohibited without the prior written consent.
Write a
Comment
Print this
article