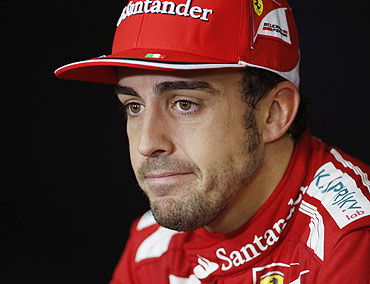 While Ferrari's Fernando Alonso rates 2012 as his best season in Formula One, the Spanish driver says his car must be quicker next year if he is to fight for the title again.

Uninspiring qualifying times continually forced Alonso to weave his way up through the pack on race day, making his three victories and 13 podiums all the more impressive.

Wrangling with a car slower than the Red Bull and McLarens was hard for the double world champion who said Ferrari's luck would run out if a repeat happened next year.

"For future, I think we need to improve the car," Alonso said after the final and deciding race of the season in Brazil was lost to Sebastian Vettel.

"We were behind the Red Bulls, behind the McLarens, and now, in the last couple of Grands Prix, behind Williams and Force India.

"We were clearly slower than them in pace so this is something we must improve next year because we cannot fight for a world championship if we are too slow.

"We can be a little bit slower but not that much and this year it was something strange, combinations that allowed us to fight until the end but I'm not sure we'll be this lucky in the future."

'Two or three bad races can make you lose everything' 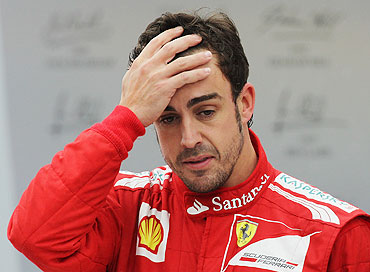 Alonso's defeat by Vettel on Sunday came in a tense finale. Weather greased the track and the German's car spun on the first lap and he fell to the back of the field.

A multitude of permutations lined Alonso's path to a third drivers' crown but his younger rival worked his way up the field. Alonso's second-placed finish was not enough as Vettel crossed the line in sixth to take the title by three points.

Heading into the Belgian Grand Prix at the start of September, Alonso had a 40-point cushion over Red Bull's Australian driver Mark Webber and was on course for a third world title despite the odds of an underperforming car.

"Two or three bad races can make you lose everything," Alonso said in August.

"We have a points advantage but a performance disadvantage so I don't think we are any favourites."

Alonso duly failed to finish in Belgium, and again in Japan in October.