Football World Cup: Tell us, did Brazil wilt under weight of expectations? 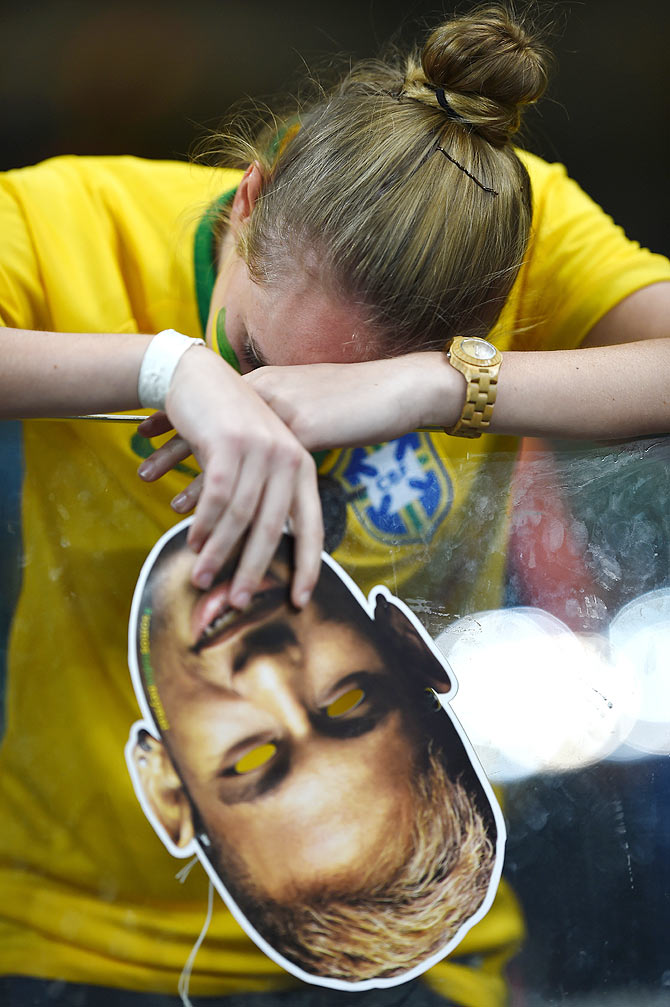 Brazil rode a wave of emotion, patriotism and prayer to reach the World Cup semi-finals but Tuesday was the day when the weight of expectation caught up with them.

Coach Luiz Felipe Scolari tried to explain their 7-1 defeat by Germany in purely footballing terms, saying their opponents played superbly and took their chances against a Brazil side that played poorly.

But that is only half the story. In truth, the Brazilians lost the match in their heads as much as on the pitch.

"Let's put it into context. The hosts were unable to cope with the pressure," Germany coach Joachim Loew told reporters after the astonishing match.

"After two goals, they were confused and they never got re-organised. We realised they were cracking up and we took advantage of it." 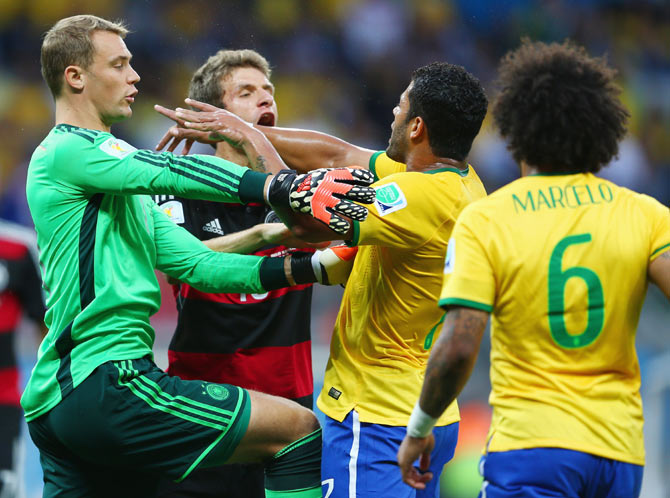 Former German goalkeeper Oliver Kahn also believed Brazil's downfall was due to the weight of expectation of 200 million fans who demanded that on home soil their team would win the World Cup a record sixth time.

"This team didn't have enough experience to come to terms with the pressure of a big tournament like this in their own country," Kahn said.

“I don’t think that these factors are distinct, the emotional, physical, the technical," Jose Anibal Azevedo Marques told Reuters. 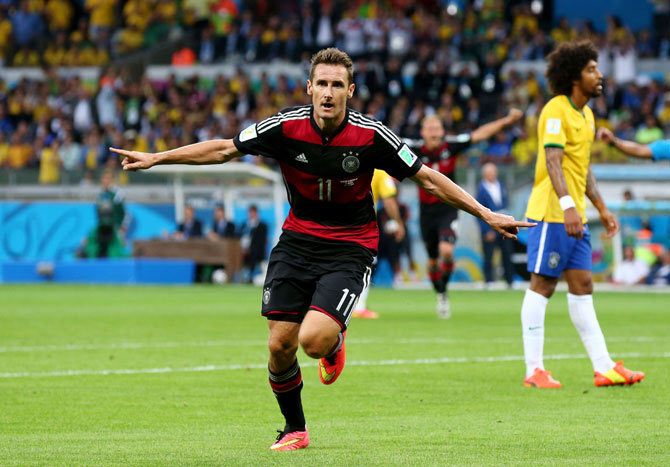 Marques said Brazil switched off during a 10-minute period and were punished mercilessly for it. Teams often have these blackouts, he said, but rarely does one side's disastrous spell coincide exactly with their opponents' purple patch.

“I work with football and it is not uncommon to see players switch off during games. What is uncommon is a team like Brazil switching off during a game as big as the semi-final of the World Cup."

At the end of the match, Brazilian midfielder Oscar fell to the ground, his face buried in his hands, and wept openly on the pitch. Captain David Luiz was also in tears.

Midfielder Luis Gustavo and left back Marcelo fell to the ground in prayer, as some fans wept, others booed, and many just looked on open-mouthed.

There had been signs of Brazil's emotional fragility in previous matches at this World Cup but against Croatia in the tournament's opening game and Chile in the second round they managed to hold it together.

'Let's not try to find an excuse in Neymar, or emotions' 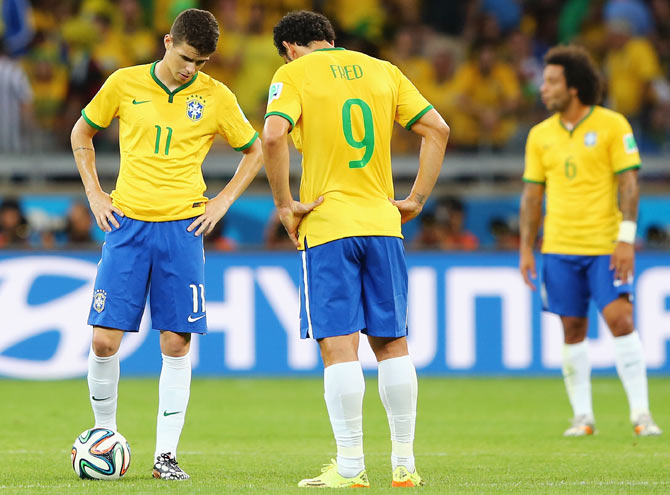 The loss of Neymar to injury in the quarter-final against Colombia triggered an outpouring of grief that seemed to weigh on the team.

Asked about Neymar's absence and the emotional state of his players going into the match, Scolari said: "Let's not try to find an excuse in Neymar, or emotions.

"What happened is that Germany at a certain moment imposed a fantastic rhythm ... that has nothing to do with Neymar, or emotions."

Throughout the tournament, the Brazilian players entered the pitch with hands on each others' shoulders, praying, crossing themselves and sometimes crying with emotion.

Whereas that showed their passion, it also pointed to anxiety and an emotional fragility that contributed to their downfall.

The contrast with the grounded Germans who, even after such an astonishing victory, were calm and collected, could not have been greater.