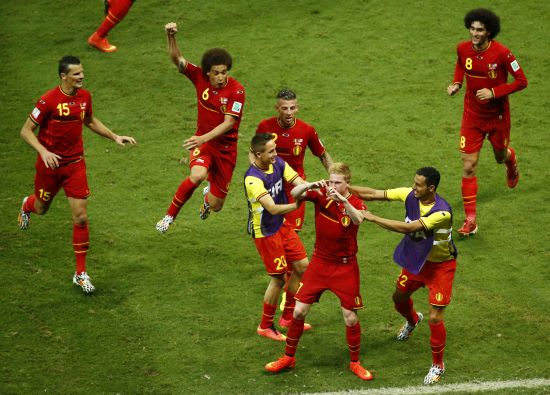 Extra-time goals from Kevin De Bruyne and Romelu Lukaku sealed a thrilling 2-1 victory for Belgium over a spirited United States on Tuesday and set up a World Cup quarter-final clash with Argentina.

After dominating the game and being frustrated by an inspired Tim Howard in the U.S. goal, De Bruyne struck in the 93rd minute, collecting a loose ball before turning and firing home an angled shot from seven meters. 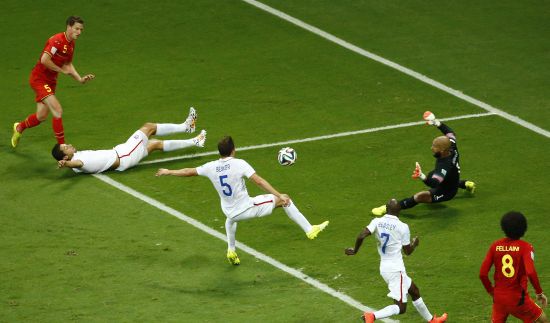 It could have been very different for the Belgians had US substitute Chris Wondolowski not horribly skewed wide from five meters in the dying seconds of normal time to seal what would have been a smash and grab victory.

Belgium enjoyed nearly all the possession and looked the more dangerous side throughout as the U.S. were forced to set up camp outside their box and look for the break.

On his first start in Brazil, Belgium striker Divock Origi was in on goal inside 40 seconds but his low drive was parried away for a corner by Howard, while the lively De Bruyne should have done better after 23 minutes after finding space in the box.

Dempsey's tame volley represented the best chance for the Americans in the first half but it was the Belgians who looked strong again after the interval. 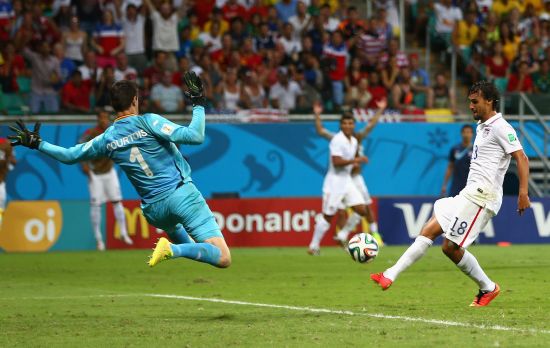 Dries Mertens and Jan Vertonghen tested Howard before Origi went close with a header that hit the crossbar. Howard was again on hand to repel Kevin Mirallas on 76 minutes and he dealt with two more stinging Origi shots and a Vincent Kompany effort.

With extra time moments away, America's Wondolowski missed a glorious chance that they would come to rue.

All the Belgian goals in Brazil had come after the 70th- minute mark and their persistence finally paid off in extra time. 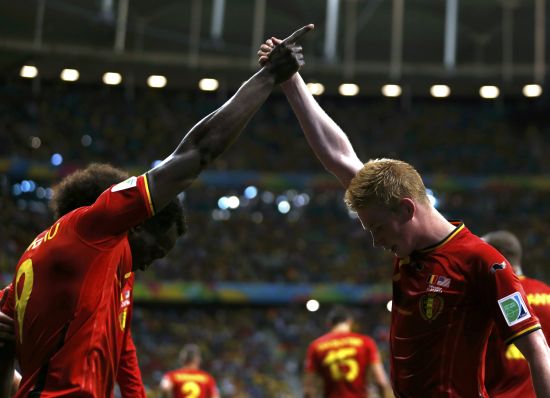 De Bruyne fired home after good work from Lukaku before the midfielder returned the favor, teeing up the substitute striker to power home a second on 105 minutes.

Midfielder Green raised U.S. hopes by pulling one back with a smart volley two minutes later but after Thibaut Courtois denied Dempsey's clever set-piece move it was Belgium who held on to seal their first World Cup quarter-final since 1986.