'Of course it's a concern, we have a young team' 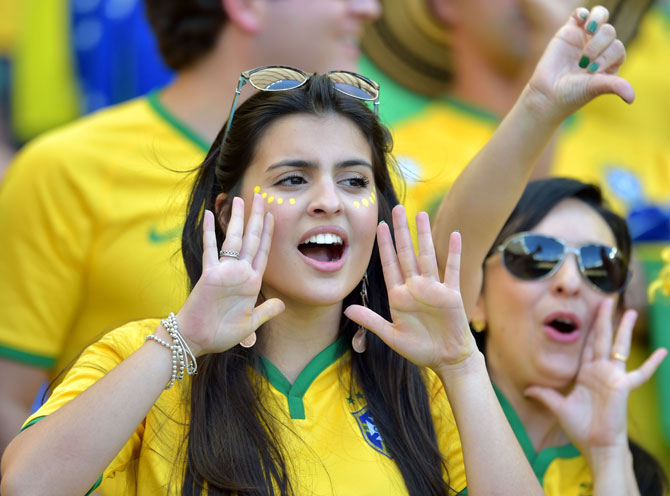 Luiz Felipe Scolari is blaming the some of the team's struggles, which include a disappointing performance that nearly led to its elimination by Chile in the second round, on the pressure of needing to succeed in front of the home fans.

The coach also admits that a lack of experience is hurting Brazil's young squad at the World Cup. Brazil has only six players with experience of past World Cups. Some of its top stars, including Neymar, are playing on football's biggest stage for the first time.

"Of course it's a concern, we have a young team," Scolari said after Brazil's win over Chile in a penalty shootout. "Even the most experienced players will feel the pressure of a World Cup. Everybody feels it. If you say that you don't feel it, you are lying.

It's a different situation emotionally, it's never simple. We have a lot of young players, and little by little they will gain more of this experience."

'We will be gaining more experience in each match we play' 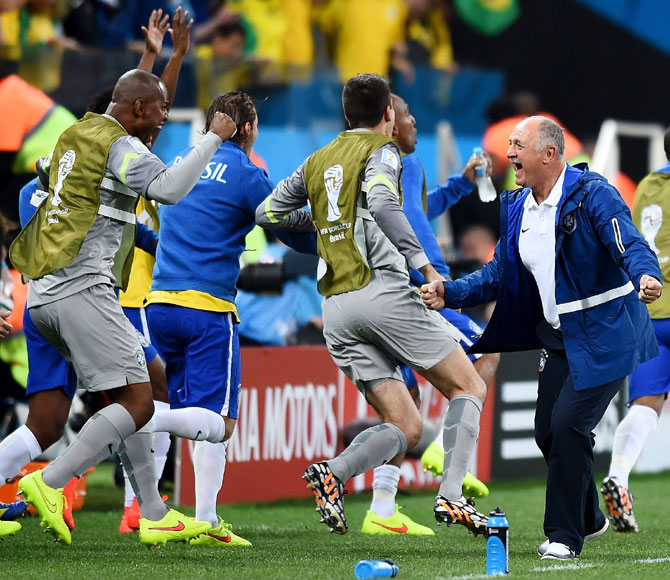 The veteran coach used the example of young midfielder Willian, who is one of the team's best penalty takers in training but sent his shot wide in Saturday's shootout against Chile in Belo Horizonte.

"We will be gaining more experience in each match we play," Scolari said. "Hopefully, in the next matches we will be making fewer mistakes because of this lack of experience. We can't lose anymore."

Brazil will play South American rival Colombia in the quarterfinals Friday in the northeastern city of Fortaleza.

Scolari said Brazil's disappointing second-half performance against Chile can be blamed on the pressure felt by the players, who started feeling more and more anxious as the match neared its end and elimination became a possibility.

'We've been getting prepared emotionally' 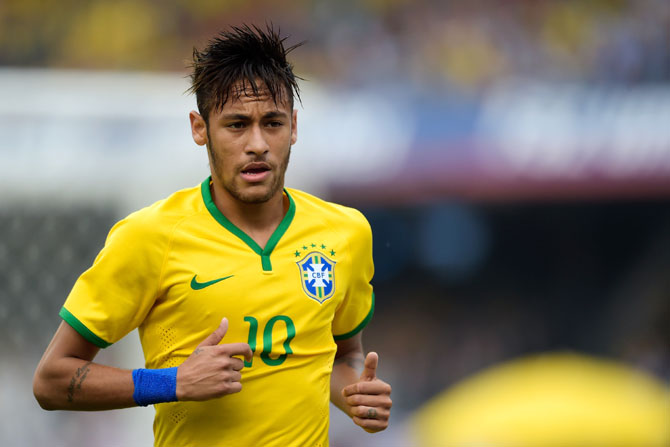 Several Brazilian players were crying after the match was over, including Neymar and captain Thiago Silva. Goalkeeper Julio Cesar, who made two penalty saves, had watery eyes even before the shootout started.

Only five players from this year's team were in the 2010 World Cup -- Cesar, Silva, Dani Alves, Maicon and Ramires. Fred didn't make it to South Africa but was in the squad for the 2006 tournament in Germany.

Scolari brought a group of psychologists to work with the players when the team began its World Cup preparations more than a month ago, with each player undergoing individual sessions.

"We've been getting prepared emotionally since we got here," Brazil defensive midfielder Fernandinho said Monday. "The talks we had with the psychologists were very good, but I think that now it's up to the players. We can talk among ourselves to try to change this. Everybody knows what we need to do."

'People are demanding it from us, because we said we would win' 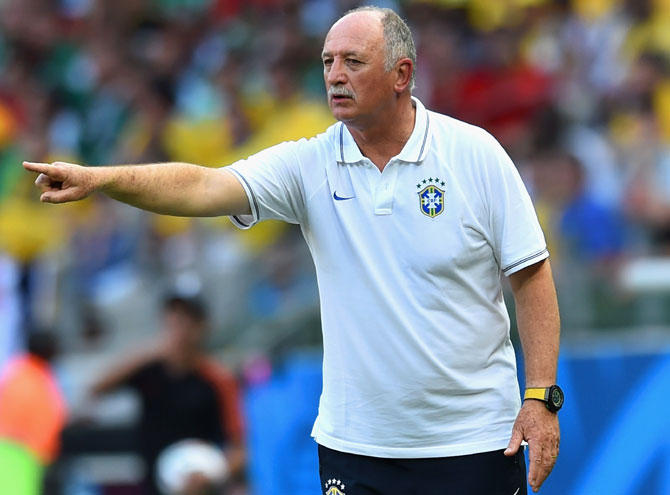 Scolari had previously said he didn't think his squad lacked the experience needed for the World Cup. When he announced his squad, he said that despite their young age, most had been playing in some of the world's top leagues for a long time.

Most also participated in last year's Confederations Cup, the warm-up tournament which Brazil won at home. Scolari has always said that anything but the title will be considered a failure for Brazil, and has maintained since the start that his team will win the World Cup.

"People are demanding it from us, because we said we would win," he said. "Now we have to give it back to them. If you make a promise, you must deliver. This is what the players are doing."