Sign in  |  Create a Rediffmail account
Rediff.com  » Sports » 4 stars who fell from fame to shame after winning the World Cup 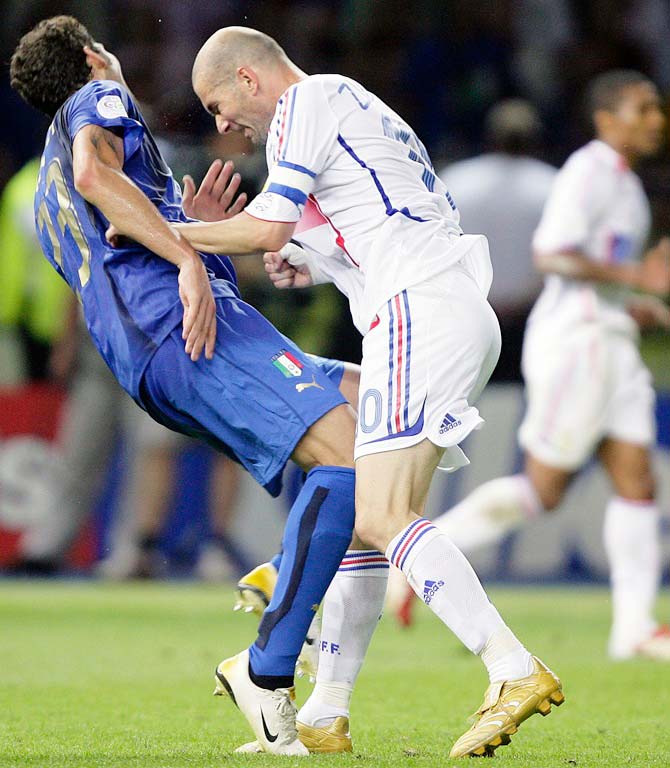 Image: Italy's Marco Materazzi falls on the pitch after being head-butted by France's Zinedine Zidane during the 2006 World Cup final in Berlin
Photographs: Reuters/Peter Schols/GPD/Handout

France’s Zinedine Zidane, Argentina’s Diego Maradona, Brazil’s Ronaldo and Italy’s Fabio Cannavaro etched their names in football folklore by winning the game’s biggest prize for their country. However, their return to the same stage four years later is best forgotten.

The first two helped France win their maiden title, beating holders Brazil in the 1998 final, and marked the pinnacle of the player's professional career.

The third ensured just the opposite. It earned Zidane a red card. France slipped from an advantageous position and eventually lost the 2006 final to Italy. The incident ensured the legendary player's career ended in shame.

It was all the more shameful as Zidane had come out of retirement, on Les Bleus’ coach Raymond Domenech's request, and inspired his team all the way to the final, despite being suspended for the final match of the group stage.

In fact, Zidane was awarded the Golden Ball as the best player of the tournament ahead of the final.

Only had the 'headbutt' incident involving Italian defender Marco Materazzi not happened.

Here's a look other players who fell from grace to disgrace, fame to shame after being crowned World champions! 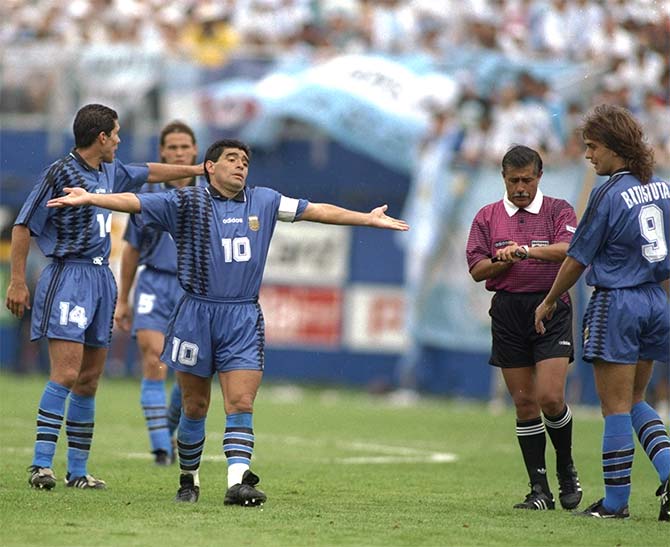 That Diego Maradona captained Argentina to victory in the 1986 FIFA World Cup is part of football folklore.

Throughout the tournament in Mexico, Maradona asserted his dominance, including the 'Hand of God' and the 'Goal of the Century' strikes, both against England in the quarter-finals.

Despite being well below his best, El Diego took the Albieceleste all the way to the final in Italy four years later.

However, in the 1994 edition, the legendary player fell from grace.

Maradona played in only two games before being sent home after failing a drug test.

Argentina lost in the second round and Maradona never returned to the field. 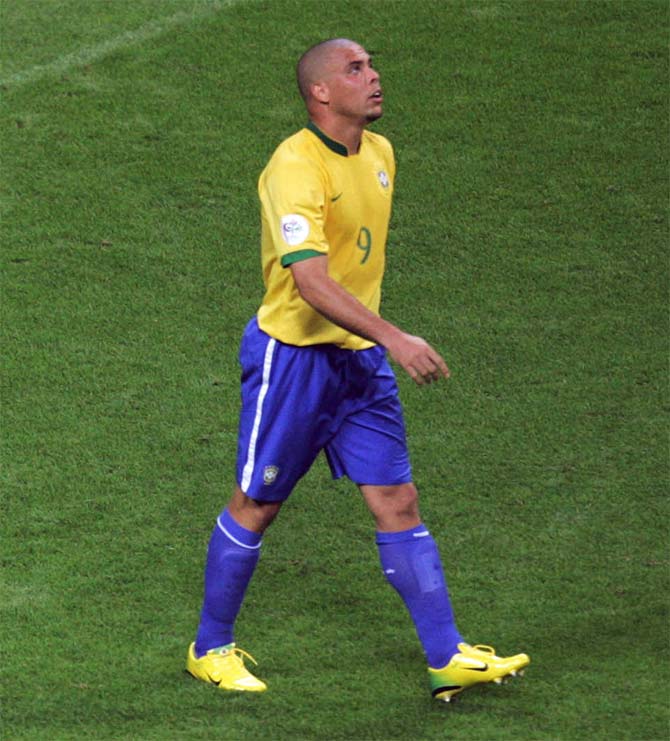 Ronaldo was the 'it' factor when Brazil won their fifth title in the 2002 tournament in South Korea/Japan.

The former Real Madrid star scored eight goals in the tournament, including both in the final against Germany.

In fact, he was the lone player to get the better of Oliver Kahn.

Four years later, the same player was repeatedly jeered for being overweight and slow.

However, he did manage to score three goals, thereby breaking German Gerd Muller's record for most goals in the quadrennial event (15)

But he was listless in the quarter-finals against France, as Brazil were knocked out of the tournament. 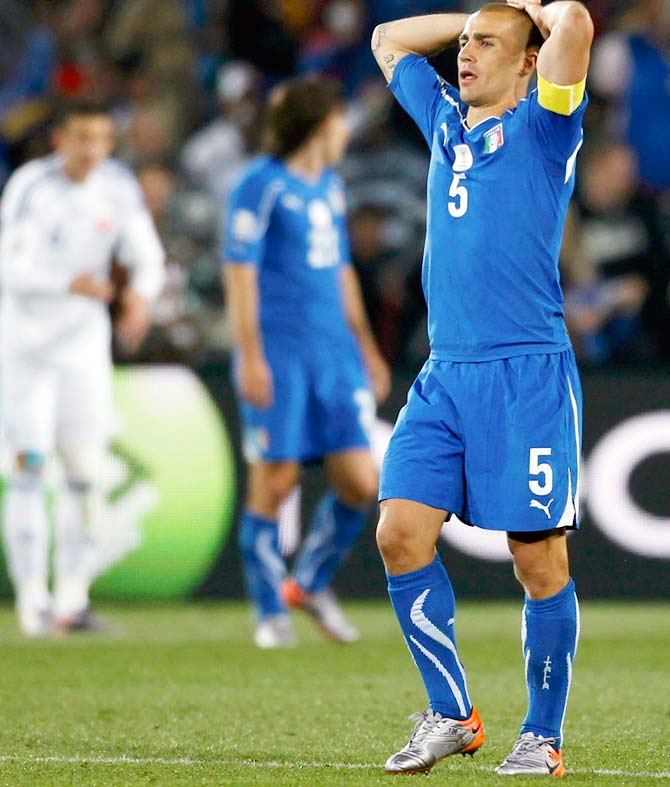 Fabio Cannavaro wasn't just the captain of Italy during the 2006 World Cup. He was their defensive wall.

The player did not receive a single card, and together with goalkeeper Gianluigi Buffon, ensured the Azzurri conceded just two goals in the whole tournament, an own goal and a penalty.

The final in Berlin was Cannavaro's 100th cap. He celebrated it by leading Italy to their fourth title.

Four years later, he returned to captain Italy in South Africa. However, the script underwent drastic changes since.

Italy crashed out early, losing to Slovakia after drawing against New Zealand and Paraguay, with Cannavaro being a shadow of his former self. His showing in defence was in the main responsible for the defending champions’ exit in the first round.

He retired immediately after.