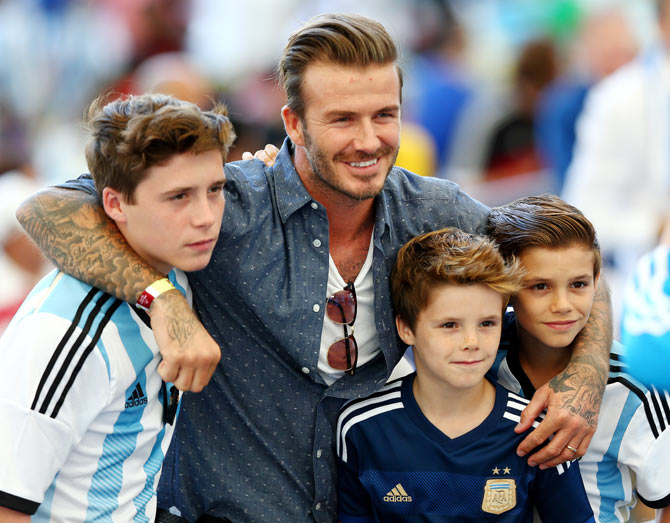 The Maracana stadium at Rio de Janeiro where the World Cup final between Germany and Argentina was played is overlooked by Christ the Redeemer.

And, it was -- to be aptly put -- a rain of footballing gods at the final with former footballing stars Pele, Kaka, David Beckham and Carles Puyol graced the final.

David Beckham, always the family man, came along with his sons, who donned the Argentina jersey.

It looked like the boys were rooting for Lionel Messi, who won the Golden Ball on the night. 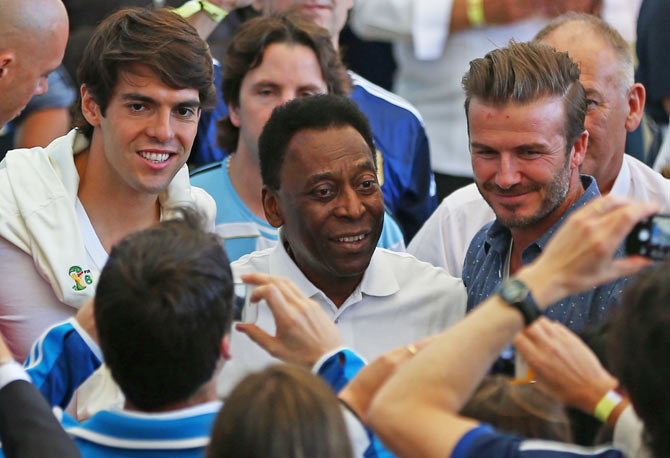 The trio obliged fans at the Maracana for a quick photo call. 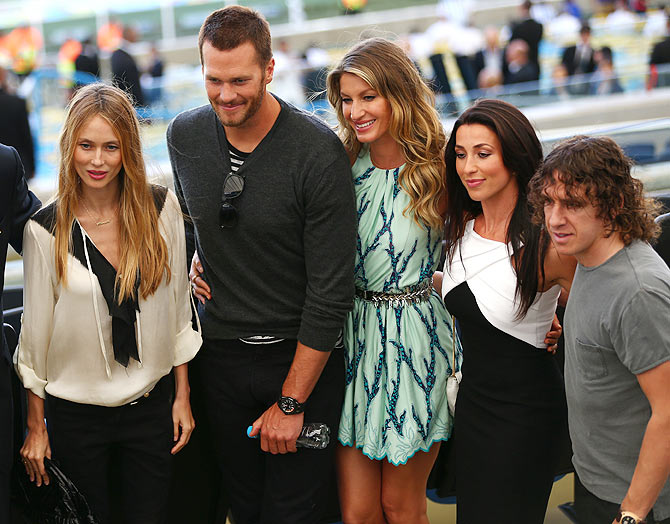 There was also a bit of glamour at the World Cup final with the presence of the beautiful Gisele Bundchen -- a top Brazilian model and Vanessa Lorenzo a top Spainish model who is currently dating former Spain captain Carles Puyol.

They were seen chatting animatedly with NFL player Tom Brady.

Puyol and Bundchen later presented the World Cup trophy prior to the final on Sunday.