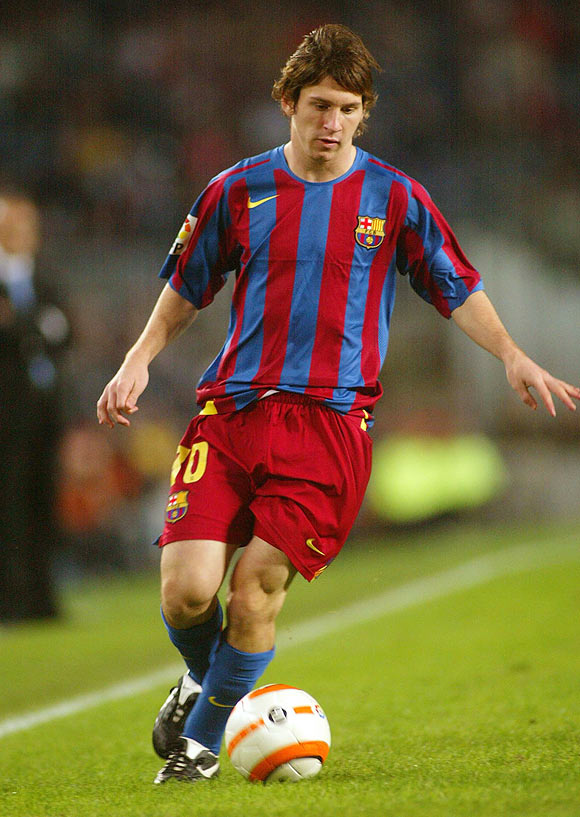 Following is a factbox detailing a selection of key moments in Lionel Messi's Barcelona career. The 24-year-old Argentina forward, World Player of the Year the past three years, broke the La Liga club's 60-year-old goal-scoring record of 232 held by Cesar Rodriguez when he scored a hat-trick against Granada at the Nou Camp on Tuesday to move on to 34 league goals this season.

Messi netted his first goal for Barca in official competition on May 1, 2005 at the age of 17 years, 10 months and seven days in a La Liga game against Albacete at the Nou Camp. Brazilian Ronaldinho provided the assist, lifting the ball over the defence for a floppy-haired Messi to clip a brilliant lob over the onrushing goalkeeper and into the empty net. The Barca faithful rose to their feet to applaud as the Argentine was mobbed by his teammates. 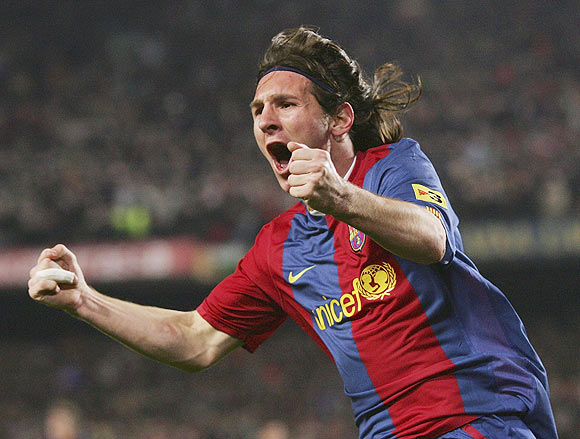 Image: Lionel Messi celebrates after scoring against Real Madrid in 2007

Messi has scored several brilliant goals against Barca's arch-rivals, including a wonderful solo effort in last season's Champions League semi-finals, but his treble at the Nou Camp in March 2007 was extra special. Barca trailed three times before Messi smashed in an added-time equaliser to make it 3-3 and become the first player to score a hat-trick in the 'Clasico' in 12 years. 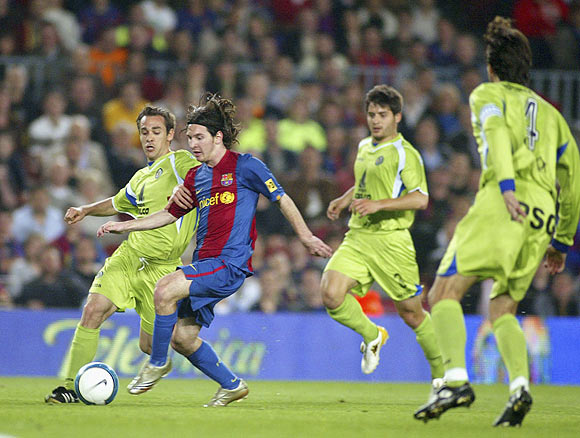 Image: Lionel Messi cuts past Getafe players to score during their King's Cup match on April 18, 2007

Messi's status as a possible successor to his compatriot Diego Maradona was enhanced in a King's Cup match against Getafe in April 2007 when he scored a breathtaking goal reminiscent of Maradona's effort for Argentina against England at the 1986 World Cup. Shaking off two markers in his own half, he sped towards goal, swerved away from two defenders on the edge of the area and rounded the keeper before lifting the ball into the net from a narrow angle with his "weaker" right foot. 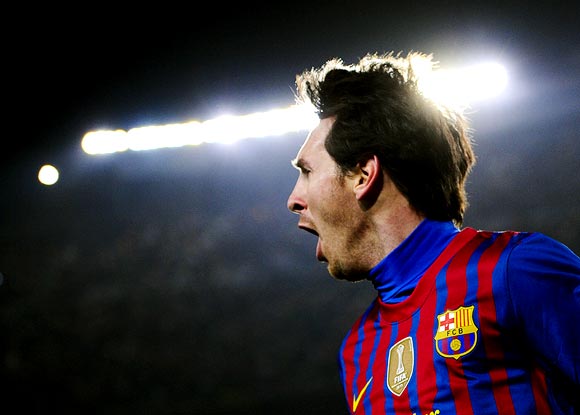 Messi has been top scorer in Europe's elite club competition the past three seasons and is leading the way again this term on 12 goals to take his career total to 49 in 64 games. Arsenal suffered the ignominy of conceding four to the unstoppable Argentine in a 4-1 defeat at the Nou Camp in April 2010, and this month Messi became the first player to score five in a Champions League game, with Bayer Leverkusen the hapless victims. 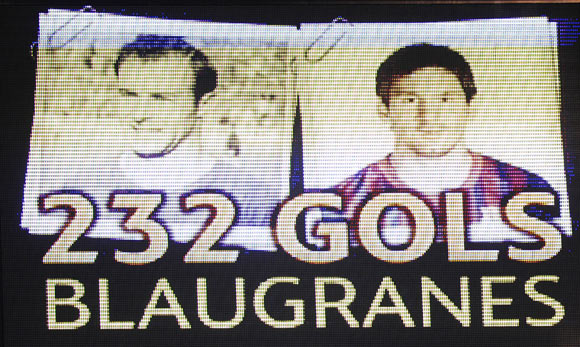 Messi has a useful habit of producing in the big games for Barca, as he proved in the Champions League semi-final first leg against Real last season. He scored a goal in each of the 2009 and 2011 finals, both against Manchester United, the first a rare headed effort that left Edwin van der Sar rooted to the spot and the second a powerful strike from distance past the same keeper.