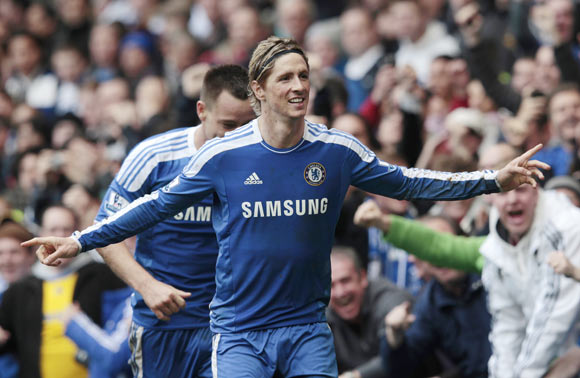 Either Fernando Torres of Chelsea or Andy Carroll of Liverpool, who have both hugely under-achieved since their record-breaking transfers last year, will claim one of English soccer's major prizes when their teams meet in the FA Cup final on Saturday.

Torres, at least, has recently shown glimpses of why Chelsea paid 50 million pounds to Liverpool for him in January last year - a record fee between British clubs.

The Spaniard has scored four goals in his last three games, including last week's solo effort at Barcelona which sealed Chelsea's place in the Champions League final on May 19.

He also scored his first hat-trick for Chelsea in their 6-1 win over Queens Park Rangers on Sunday but failed to hit the net in Wednesday's 2-0 home defeat by Newcastle United and in total has scored only 12 times for Chelsea.

Carroll has scored only 11 goals in 54 matches Carroll became the most expensive British player of all time when Liverpool paid Newcastle United 35 million pounds for him to replace Torres, but has scored only 11 goals in 54 matches for Liverpool since.

At least his late header against Everton in the semi-final at Wembley three weeks ago guaranteed Liverpool a return to the London stadium for the final.

Now the two strikers, both dropped from their national sides and both remarkably unproductive in front of goal, have the chance of lasting redemption and a place in their club's folklore as an FA Cup winner.

Despite the focus on the Premier League, and a late kickoff (1615 GMT) for this year's final rather than its traditional 1500 start, the FA Cup is still one of soccer's grand occasions.

The match is being shown live to a huge global audience in more than 120 countries and, as everyone in football never tires of saying, the money is all very well but winning silverware is what matters.

Liverpool have the chance to complete a rare domestic double 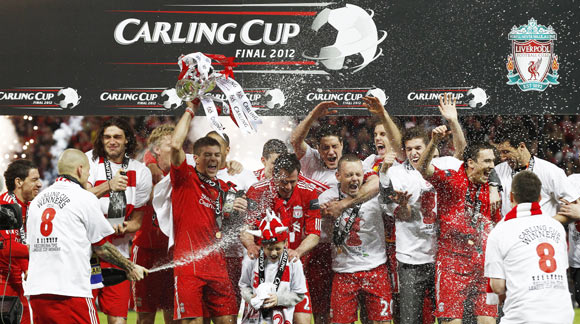 Liverpool have already picked up a trophy this season with a win over Cardiff City on penalties in the League Cup final in February.

Their league form though, has been erratic and continued to disappoint on Tuesday when a side showing nine changes from the previous game lost 1-0 at Anfield to Fulham - the first time Fulham had won a match there in 30 attempts over 78 years.

Coach Kenny Dalglish though, saw no relationship between his team's latest setback and Saturday's final.

"It will not affect Saturday but that doesn't mean the performance is right and it is not something you want to dismiss easily," he said.

"It is not correct to go about your work in that way but if we had come in and won 4-0 it wouldn't have made any difference to Saturday either."

He was pleased, though, that Carroll was back after missing Saturday's 3-0 win at Norwich City.

"There were some positives. It was nice to see the big lad back. He had a niggle at the weekend but he is fit and back and played 90 minutes so that is good for us."

Despite their League failings, Liverpool have the chance to complete a rare domestic FA Cup and League Cup double, emulating Arsenal's in 1993, their own in 2001 and Chelsea's in 2007. 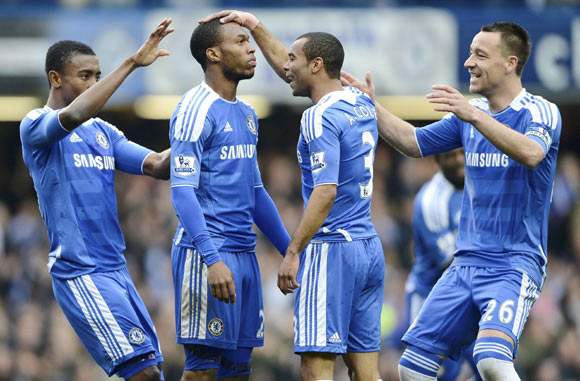 Chelsea have been the outstanding cup side in the country over the last few years and have the chance of winning the first half of a cup double of their own, with the Champions League final against Bayern Munich just over two weeks away.

They are bidding to win the FA Cup for the fourth time in six seasons, the best success rate in the competition since The Wanderers won it five times in the first seven years of its existence between 1872 and 1878.

The only comparable modern record is Arsenal's three wins in four seasons between 2002 and 2005.

The key to Chelsea's victories has been their "old guard" of John Terry, Ashley Cole, Frank Lampard and Didier Drogba, who has scored every time he has played in a competitive match at Wembley - this year's semi-final win there over Tottenham Hotspur and the finals in 2007, 2009 and 2010, all of which Chelsea won.

Cole, who won the cup three times with Arsenal and has three winners' medals with Chelsea, has already won the FA Cup more times than any other player.

Di Matteo holds two records that can never be broken 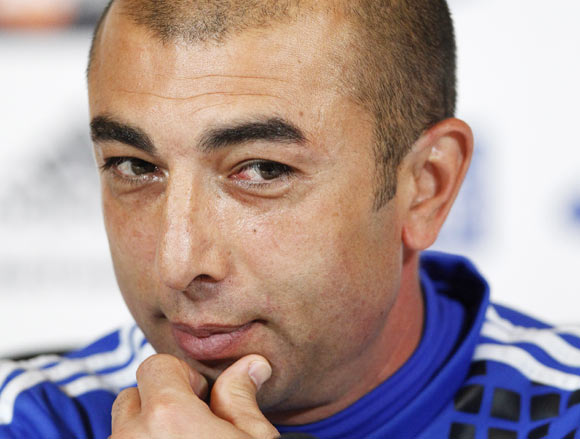 Chelsea coach Roberto Di Matteo, who has transformed their season since taking over from Andre Villas-Boas at the beginning of March, has a special affinity with the FA Cup and holds two records that can never be broken.

His goal after 43 seconds for Chelsea in the 1997 win over Middlesbrough was the fastest ever scored in the final at the old Wembley and his winner against Aston Villa in 2000 was the last FA Cup final goal there before the stadium was demolished.

Now he has the chance to become the third Italian manager in three years to win the Cup after Chelsea's Carlo Ancelotti in 2010 and Manchester City's Roberto Mancini last year.

"It is important we keep going. We want to win the FA Cup, and the Champions League, and although we have done well to get to the finals, we have not won anything yet," he told reporters.