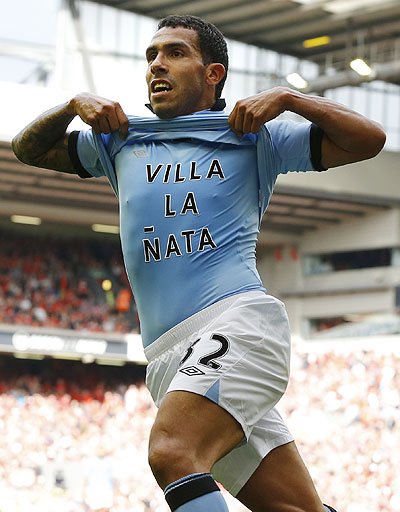 Spanish champions Real Madrid squandered the lead to slump to a shock 2-1 defeat at city neighbours Getafe in La Liga on Sunday.

Real's loss ended a 24-match unbeaten run in the league and they are now five points behind leaders Barcelona.

European champions Chelsea maintained their immaculate start to the season with a third straight victory in the Premier League while Juventus began their Serie A title defence with a 2-0 home victory over Parma.

European champions Chelsea maintained their perfect start to the new season when they beat Newcastle United 2-0 on Saturday for their third successive win to stay top of the Premier League.

Chelsea, who have played one more match than their any of their opponents, have nine points, three clear of Swansea City, who beat West Ham United 3-0 and Everton, who beat Aston Villa 3-1 for their second successive wins.

Champions Manchester City came from behind twice to force a 2-2 draw with Liverpool at Anfield where Carlos Tevez saved a point for City with his 100th English league goal. 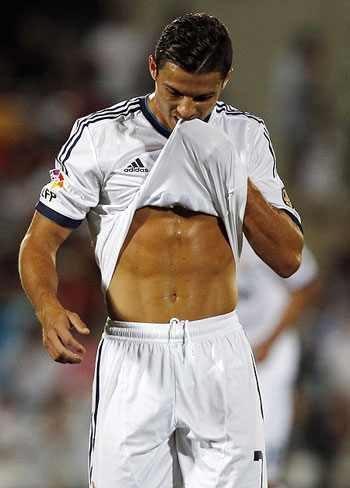 Gonzalo Higuain gave Real the lead in the first-half, but the match turned once Juan Valera nodded past Iker Casillas from a free-kick to equalise. It went from bad to worse for Real 15 minutes from time, when Abdelaziz Barrada smashed the ball high into the net securing a famous victory.

Earlier an off-colour Barca was saved from a first defeat of the campaign by Messi when he struck twice in the second half in a 2-1 comeback victory at 10-man Osasuna. 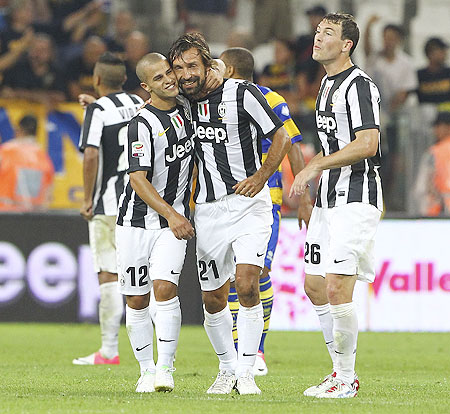 Titleholders Juventus began with a 2-0 win at home to Parma, Stephan Lichtsteinger and Andrea Pirlo scoring the goals early in the second half.

AC Milan slumped to a 1-0 home defeat against Sampdoria where Andrea Costa headed the winner just before the hour.

Inter Milan won 3-0 at promoted Pescara and Napoli beat Palermo by the same score, always away from home.

Eighteen-year-old Uruguayan Nicolas Lopez came on as an 85th minute substitute for AS Roma and scored a stoppage time goal to rescue a 2-2 draw at home to Catania. 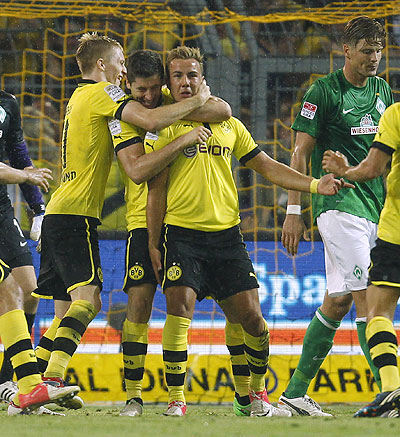 Title holders Borussia Dortmund and this season's favourite Bayern Munich, both started their respective campaign in the Bundesliga's 50th season with wins.

Mario Goetze scored a late goal to give Dortmund a 2-1 win over Werder Bremen while Bayern won 3-0 away to Greuther Fuerth, who are playing in the Bundesliga for the first time since it was founded in 1963.