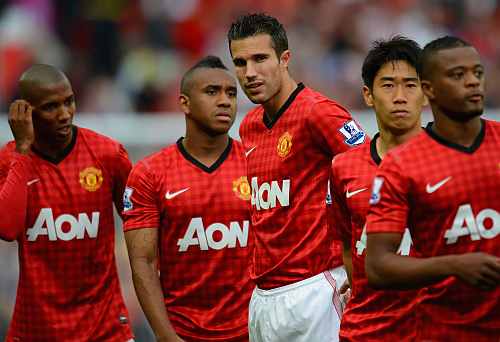 Manchester United will need new signing Robin van Persie to shoulder the goal-scoring burden when they travel to promoted Southampton in the Premier League on Sunday without the injured Wayne Rooney.

Former Arsenal striker Van Persie scored on his first start for United in the 3-2 comeback win over Fulham last weekend and manager Alex Ferguson was delighted with the way the Dutchman linked up with fellow new signing Shinji Kagawa who was also on target.

"I was pleased with both of them. It's early on and they'll have a better understanding as time goes on," said Ferguson.

Substitute Rooney suffered a deep gash to his thigh against Fulham and the England striker remained in the headlines this week as British media speculated the 26-year-old could be on his way out of Old Trafford after being left out of the starting lineup.

"Read the nonsense in the papers and heard what people have to say," Rooney said on Twitter. "Absolute rubbish. Here to stay."

Johny Evans back in defence 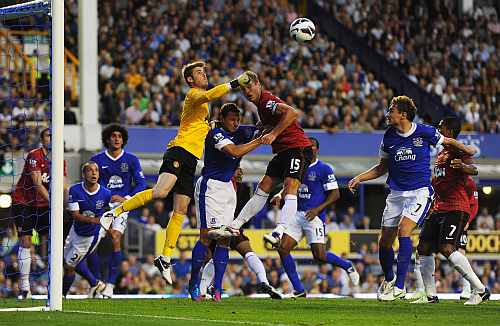 United, who started the season with a defeat at Everton, could welcome back Jonny Evans after injury to ease their problems in defence.

Southampton have been thrown in at the deep end in their first top-flight season since 2005 having opened the campaign against champions Manchester City.

They gave City a scare before losing 3-2 and have yet to pick up a point from their two games. 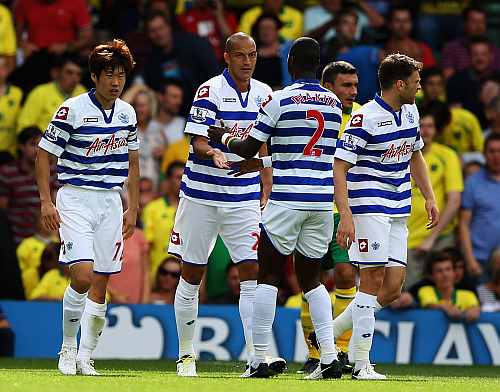 Image: Bobby Zamora of QPR is congratulated on his goal during the Barclays Premier League match against Norwich City
Photographs: Getty Images

Fifth-placed City host Queens Park Rangers again on Saturday with the Londoners having a different look to the team that conceded two stoppage-time goals in May to hand their opponents the title after a busy time in the transfer market for manager Mark Hughes.

QPR suffered a 5-0 home drubbing by Swansea City on the opening day before drawing 1-1 at Norwich City last week.

"It's important to remember there are a lot of new faces in this team," striker Bobby Zamora told the club website.

"We are not all going to click straight away, it's not going to be perfect from the get-go," he added. 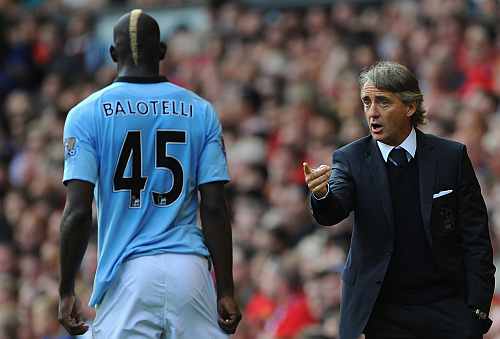 City drew at Liverpool last time out courtesy of a defensive error from Martin Skrtel, which allowed Carlos Tevez to score his 100th goal in English football, but it left manager Roberto Mancini conceding there was room for improvement.

"We lost two goals from free kicks so I think we need to improve," the Italian said.

"We are not 100 percent for many reasons, for this it is important we didn't lose this game."

Liverpool's Turkey playmaker Nuri Sahin could make his debut in Sunday's home match against Arsenal. Sahin, on loan from Real Madrid, was not registered in time for the Europa League playoff against Hearts on Thursday.

"We'll assess the player and I'm sure he'll be involved in the squad at the weekend," manager Brendan Rodgers said.

European champions Chelsea, top of the table with three wins from as many games, are not in action this weekend because they play Atletico Madrid in the Super Cup on Friday.