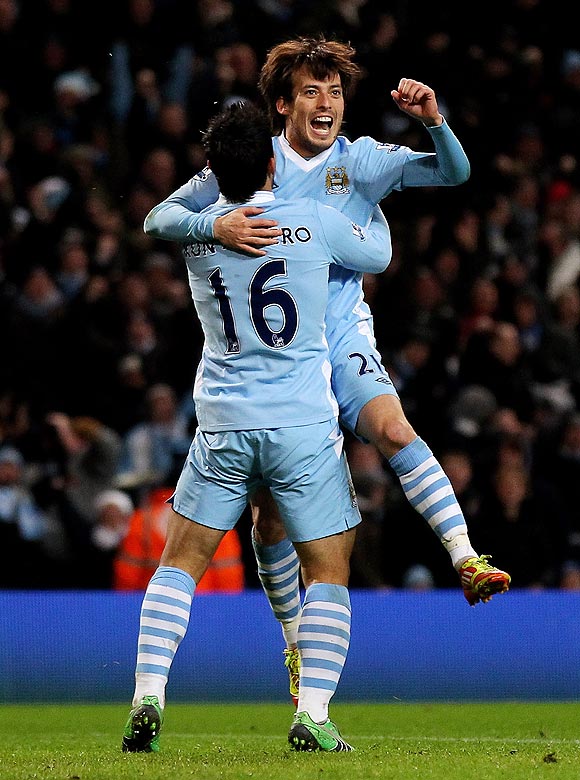 David Silva restored Manchester City's two-point lead in the Premier League with a 1-0 win over Arsenal on Sunday after Wayne Rooney's lightning-fast header had helped Manchester United briefly return to the top.

Silva's 53rd-minute tap-in at the far post from close range, after Wojciech Szczesny parried a fierce shot by Mario Balotelli and Sergio Aguero nodded on the rebound, settled an end-to-end thriller at the Etihad.

City, who suffered their first league defeat of the season last week at Chelsea, now have 41 points from 16 matches, two ahead of United. 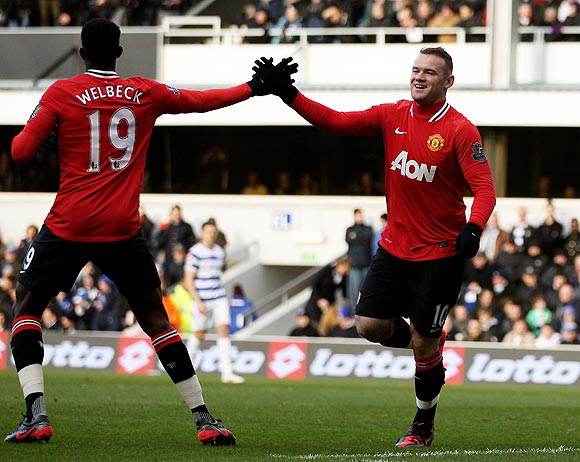 While Arsenal proved tough nuts to crack in freezing Manchester, where the Londoners posed a constant threat right up to the final whistle, United were 1-0 up after just 52 seconds at promoted Queens Park Rangers thanks to Rooney's diving effort.

Michael Carrick followed up his England teammate's 12th league goal of the season with his first in nearly two years for United to seal a comfortable 2-0 win and knock City off the summit for a few hours.

Tottenham Hotspur kept up the pressure, beating Sunderland 1-0 at White Hart Lane to take third place on 34 points with a game in hand on the leaders. Roman Pavlyuchenko grabbed the winner in the 61st minute.

Chelsea, who drew 1-1 at relegation-threatened Wigan Athletic on Saturday, fell to fourth on 32 points with Arsenal fifth on 29 and ahead of Liverpool, 2-0 winners at Aston Villa, on goal difference.
Tags: United , Rooney , Arsenal , Queens Park Rangers , White Hart Lane

Hart came good with a string of brilliant saves 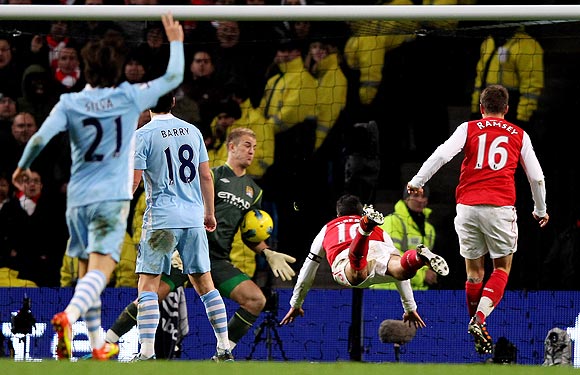 City, with Samir Nasri and Kolo Toure facing their former teammates in an intense and compelling clash between two great passing teams, knew what they had to do.

"We put pressure on ourselves, we don't need anyone else. We watched the game where United did brilliant but we knew we had a job this afternoon and if we won it we were back where we want to be," said City goalkeeper Joe Hart, who made a string of saves including a late tip over the bar from Thomas Vermaelen.

Three minutes after Silva's goal, league top scorer Robin van Persie had the ball in the net but was ruled offside.

At the Arsenal end, Aguero missed an early chance to score while Argentine defender Pablo Zabaleta hit the post with a fierce drive.

'It was I felt very intense physically' 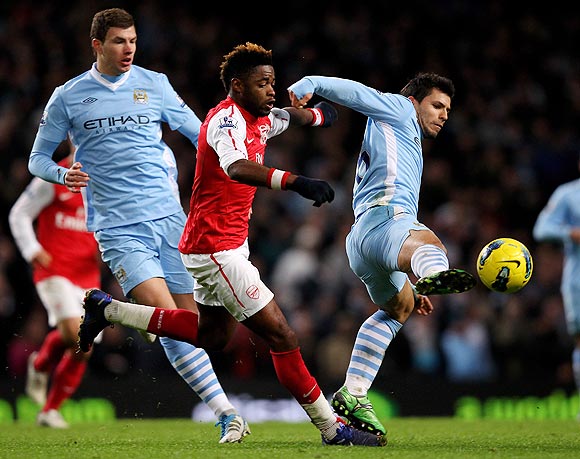 "Against Chelsea we didn't deserve to lose the game. Today was a fantastic game...for the supporters because it was open until the end."

Mancini said he had congratulated his players in the dressing room but had also criticised them for failing to control the game and leaving themselves open to counter-attacks.

Arsenal manager Arsene Wenger, who had to reshuffle his defence after the break when Johan Djourou was injured, said it was always difficult to take defeat after such a game.

"Both teams played in a positive spirit and went for it," the Frenchman said. "It was I felt very intense physically."

'I thought we were wasteful of a lot of the chances' 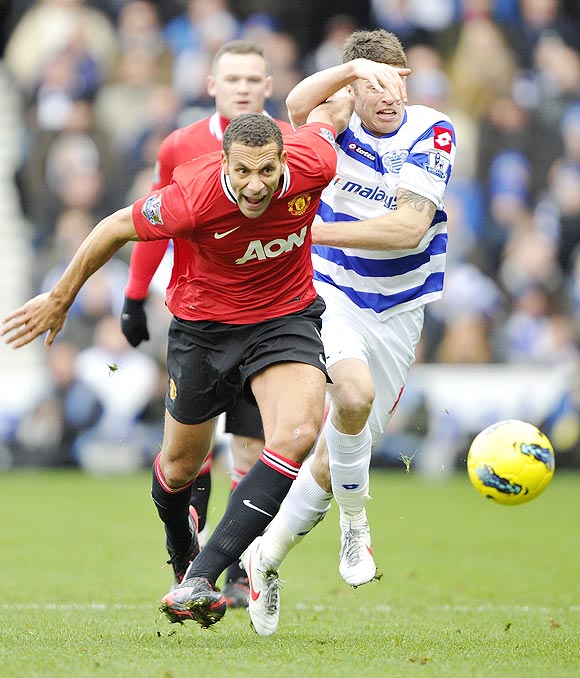 Rooney's goal was the third fastest of the season and United could have made it 2-0 after three minutes against opponents who last beat them in the old first division in 1992.

"I thought it was a good performance but I thought we were wasteful of a lot of the chances we had. We should really have had the game won by the 30-minute mark," said manager Alex Ferguson, whose side were knocked out of the Champions League 10 days ago.

"We don't sit and moan about it, we do something about it. And I think the players have done that," he added of the Basel defeat.

Danny Welbeck had the ball in the net after 24 minutes but was ruled offside and Radek Cerny made two crucial saves in three minutes to keep his side in the game.

QPR had a good chance to equalise just before the break when Jay Bothroyd swept in a low cross that was just too quick for Jamie Mackie to get a toe to at full stretch. 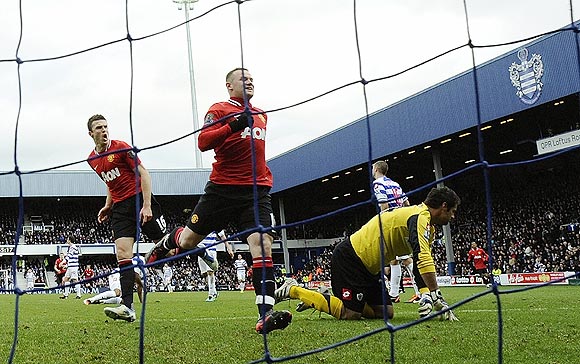 Carrick's goal ended a 70-match drought for the England midfielder and came after he intercepted a sloppy Joey Barton pass in midfield, set off down the pitch and unleashed a shot from the edge of the box.

"It put the game to bed really," said Ferguson.

United face Fulham, Wigan and Blackburn Rovers before the New Year while City have Stoke, West Bromwich Albion and Sunderland as their next three.

United's Mexican striker Javier Hernandez returned to action, barely two weeks after an ankle injury that was expected to keep him out for up to a month, as a second-half substitute for Welbeck.
Tags: West Bromwich Albion , Carrick , United , Joey Barton , Javier Hernandez
More
Source: