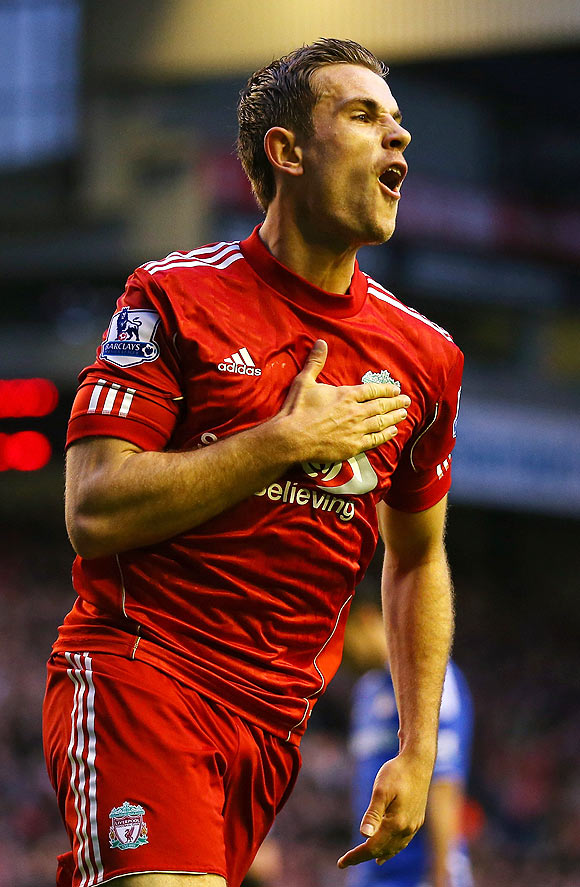 Chelsea must win the Champions League to play in Europe's elite club competition next season after a 4-1 defeat at Liverpool on Tuesday ended their hopes of qualifying via the Premier League.

Stand-in manager Roberto Di Matteo made eight changes to the team that beat Liverpool 2-1 in Saturday's FA Cup final and they were picked apart by the rampant home side who gained some revenge for their Wembley disappointment.

With one match remaining, Chelsea are five points adrift of fourth-placed Tottenham Hotspur and four behind fifth-placed Newcastle United, both of whom are in a final-day scrap with Arsenal to determine the Champions League qualifiers.

It is the first time Chelsea will have finished outside the top four since the 2001-02 season, although they could still grab a place in next year's Champions League if they beat Bayern Munich in the final on May 19.

Should that happen, the team that finishes fourth in the Premier League would be deprived of a Champions League qualifying round tie and be bumped down to the Europa League.
Tags: Chelsea , Liverpool , Roberto Di Matteo , Tottenham Hotspur , Newcastle United

'We came up against an inspired Liverpool side' 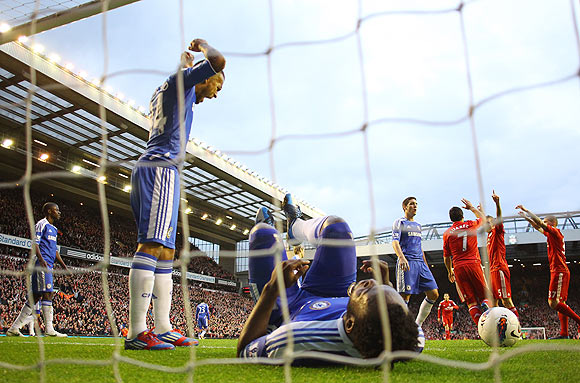 Di Matteo said he had no regrets about making eight changes from his Cup final side for the game at Anfield despite his team beginning the night still in contention for a top-four berth.

"I have no regrets, the effort was there but we came up against an inspired Liverpool side," Di Matteo, who left out the likes of Frank Lampard, Didier Drogba, Ashley Cole and Juan Mata, told Sky Sports.

"I just thought with fresh legs and new energy we could have had a better chance tonight."

Chelsea captain John Terry, who is suspended for the clash with Bayern, was selected but had a woeful night.

After 19 minutes he allowed Luis Suarez to dance past him and cut back a pass which Michael Essien could only turn into his own net and six minutes later his slip allowed Jordan Henderson a clear run on goal to slot home Liverpool's second.
Tags: Di Matteo , Liverpool , Juan Mata , John Terry , Frank Lampard 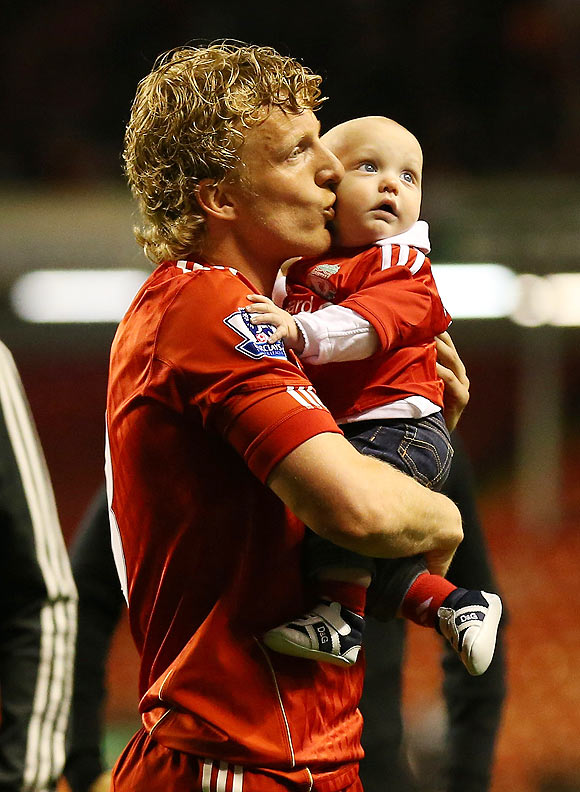 Image: Liverpool's Dirk Kuyt celebrates with his kid after the victory against Chelsea on Tuesday
Photographs: Alex Livesey / Getty Images

Daniel Agger's header made it 3-0 before the half hour mark and Stewart Downing struck a penalty against the post just before halftime as Liverpool ran riot.

Ramires pulled a goal back for the visitors, who had hit the post through Branislav Ivanovic's header when it was 0-0, shortly after halftime but Liverpool remained in control.

A poor clearance by Chelsea keeper Ross Turnbull, in for the rested Petr Cech, allowed Jonjo Shelvey to calmly fire a sublime shot into an empty net from 30 metres just past the hour.

Andy Carroll wasted a chance to extend Liverpool's lead while Agger also headed wide late on as the hosts ended a disappointing home league season on a high.

"That performance was on a par with many this season but we've not had the results those deserve," said Liverpool manager Kenny Dalglish, whose side have managed just six league victories at Anfield from 19 matches.

Liverpool's win saw them leapfrog Fulham into eighth place on goal difference and they can still finish above Everton if their result at Swansea City on Sunday is better than that achieved by their city rivals at home to Newcastle United.
Tags: Liverpool , Daniel Agger , Fulham , Branislav Ivanovic , Petr Cech
More
Source: