My regret is that Fabregas left us: Wenger 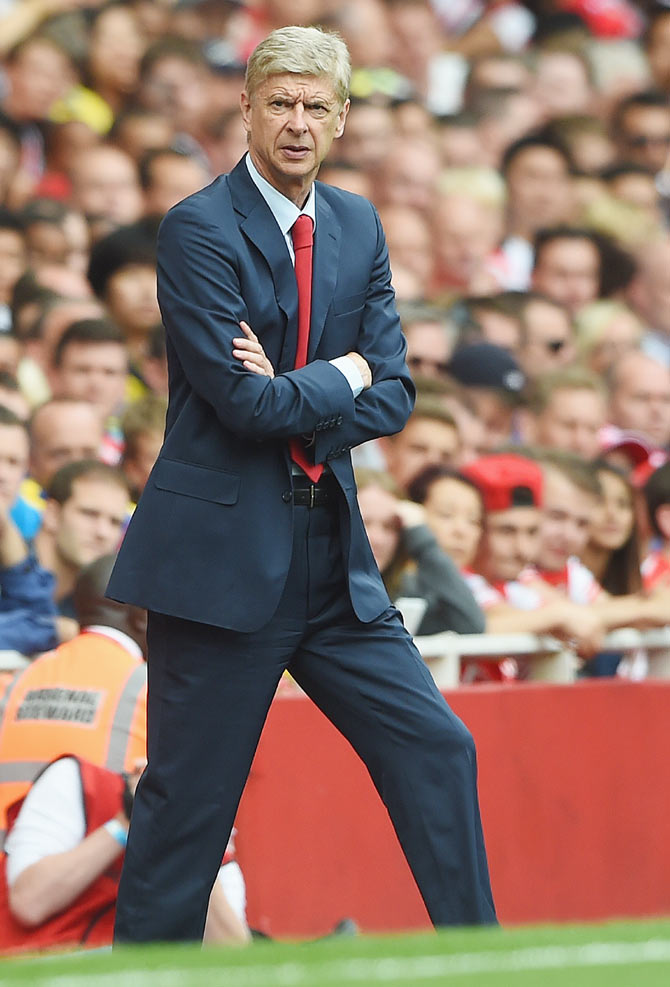 Arsenal manager Arsene Wenger admitted on Thursday that it felt strange for him to see Cesc Fabregas playing in a blue Chelsea shirt, but insisted he had no regrets at not re-signing him.

Wenger told reporters at a news conference that his only regret was that Fabregas had left Arsenal in 2011 and hinted that he still wants to recruit another midfielder before the transfer window closes on September 1.

Spain international midfielder Fabregas, 27, who made more than 300 appearances for Arsenal, made an impressive Premier League debut for London rivals Chelsea as they won 3-1 at Burnley on Monday following his return to England after three seasons at Barcelona.

"I have no regret about that at all. My regret is that he left us," Wenger told a news conference.

"It was strange, but you have to accept that professional players move from club to club.

- New-look Arsenal have the taste for trophies

'Ramsey has developed into a player with huge potential' 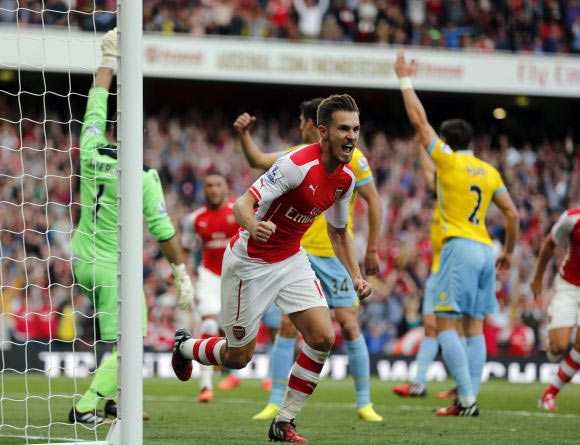 "It was difficult for him to leave us, but after that you accept he can move to some different clubs. Of course, it was a bit strange, but he had a good game."

Wenger suggested that Fabregas's departure had given Wales international Aaron Ramsey, 23, his chance to establish himself at Arsenal.

"What is good in life is that someone moves out and someone else takes over and he has developed," said Wenger.

"Ramsey has a different style to Fabregas, but he has developed into a player with huge potential. There is more coming out of Ramsey.

"He is younger than Cesc and the potential is there to get more out of him."

'We will be a bit short without injured Arteta' 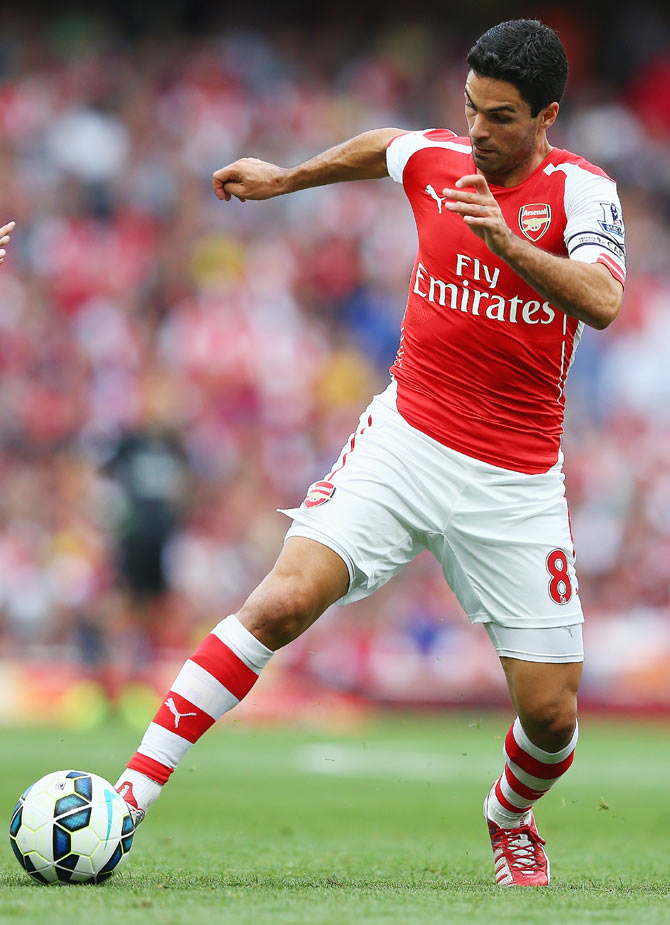 Wenger conceded that Ramsey's dismissal during Tuesday's 0-0 draw at Besiktas, in a Champions League playoff first leg tie, and an ankle injury suffered by captain Mikel Arteta in the same game had left him considering a move for a defensive midfielder.

Spaniard Arteta is hoping to recover in time to face former club Everton on Saturday and Besiktas in the second leg next week, when Ramsey will be suspended.

"He had a scan yesterday (Wednesday) afternoon," said Wenger.

"I haven't got the result.... I don't know how long he will be out for. We will be a bit short of course.

"If it is a long-term injury, that puts us in a position where we have to be creative..."

'We are not in an emergency case' 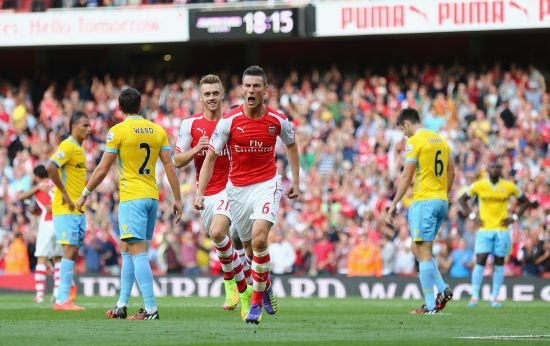 Asked if that meant recruiting a defensive midfielder, he said; "We are not against that."

"We listen to the names, but sometimes I look who we buy in the media, but at the moment, as I told you, we are not in an emergency case.

"We have the players we want, but we are open as well to any opportunity until the end of the transfer window who can strengthen our defensive department in quality and number."

Arsenal expect to be strengthened at Everton this weekend by the return of their German World Cup winners Per Mertesacker, Lukas Podolski and Mesut Ozil.