Moyes thanks Ferguson for opportunity, but no thanks for United players 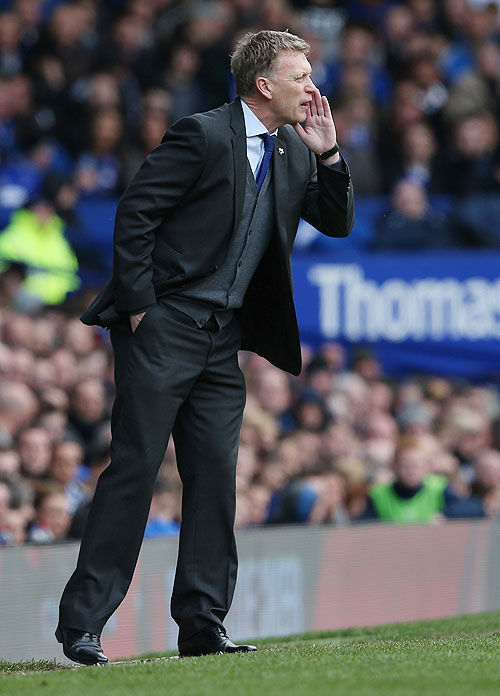 Sacked Manchester United manager David Moyes thanked his predecessor Alex Ferguson on Wednesday for having given him the opportunity to lead the Premier League club.

In a statement issued through the League Manager's Association (LMA), the Scot spoke of his pride at being chosen last July and acknowledged fans had a right to feel frustrated by results since then.

He spoke warmly of the United staff but, perhaps pointedly, not the players.

"I remain proud to have led the team to the quarter-finals of this year's Champions League and I remain grateful to Sir Alex Ferguson for believing in my ability and giving me the chance to manage Manchester United," he said.

Ferguson stepped down last year, when United won the title, after 26 years in charge.

Moyes was sacked on Tuesday after only 10 months with United currently seventh in the league and out of the running for a Champions League slot next season. 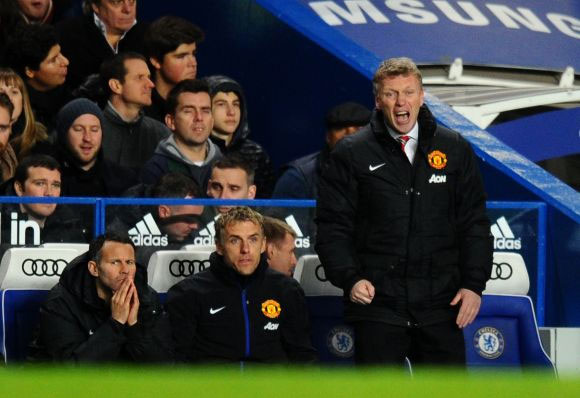 Newspapers reported on Wednesday that Ferguson, who last year urged fans to get behind the new man, had supported the decision to sack Moyes and would play a role in the appointment of the next manager.

Moyes said he was and would always be "incredibly proud" to have been appointed manager of United.

"Taking charge after such a long period of continuous stability and success at the club was inevitably going to be a significant challenge, but it was one which I relished and never had a second thought about taking on," he said.

"The scale of the manager's job at United is immense, but I have never stepped away from hard work and the same applies to my coaching staff. I thank them for their dedication and loyalty throughout the last season."

'I both understand and share the frustration of United fans' 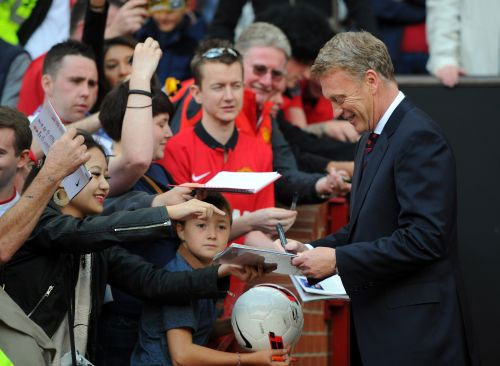 United have an urgent need to revamp their ageing squad and are expected to ship out several high-profile players once the season is over.

Moyes said he had already been working on that when the owning Glazer family decided to call time, the manager informed of his dismissal on Tuesday after details had been widely leaked to the media.

"We were fully focused and committed to the process of the fundamental rebuilding that is required for the senior squad," he said in his statement.

"This had to be achieved whilst delivering positive results (in the Premier League and Champions League).

"However, during this period of transition, performances and results have not been what Manchester United and its fans are used to or expect, and I both understand and share their frustration."

'I will take invaluable experience from my time as United's manager' 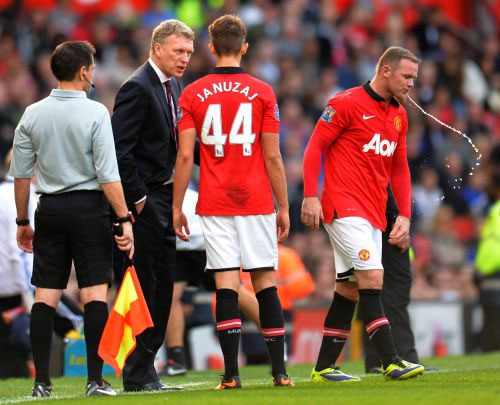 Moyes said he had seen in his short reign just how special it was to work at Old Trafford and the training ground.

"I would like to thank the United staff for making me feel so welcome and part of the United family from my first day. And of course thank you to those fans who have supported me throughout the season. I wish you and the club all the best for the future," he said.

"I have always believed that a manager never stops learning during his career and I know I will take invaluable experience from my time as United's manager."

"The LMA is very disappointed with the nature of David's departure from Manchester United and to read extensive reports in the press, confirming David's sacking, before David himself had been spoken to officially by the club," he said.