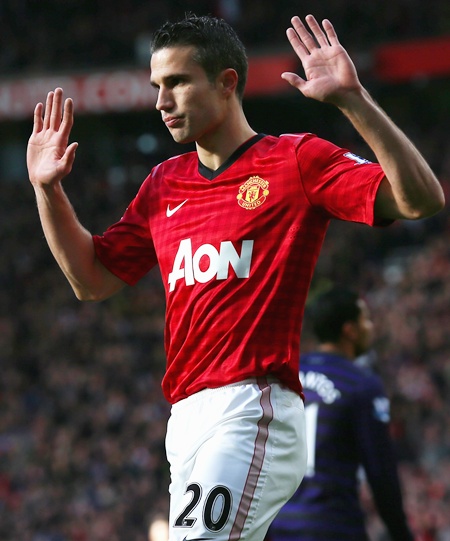 Manchester United moved to the top of the Premier League with a comfortable 2-1 win over Arsenal, a match that saw striker Robin van Persie face his old side for the first time.

Juventus lost their first Serie A match since their penultimate game of the 20100-11 season when Inter Milan came from a goal down to beat them 3-1 in Turin.

Elfsborg were crowned Swedish champions for the sixth time on Sunday.

Manchester United went top of the Premier League when they beat Arsenal 2-1 at Old Trafford and European champions Chelsea could only manage a 1-1 draw with Swansea City.

Robin van Persie, playing against his old club for the first time since his big-money move in the close season, scored United's opener, while Patrice Evra doubled the advantage before Santi Cazorla scored a late consolation for the Gunners.

United are top on 24 points, one ahead of Chelsea, who saw Swansea's Pablo Hernandez score in the 88th minute to cancel out Victor Moses' strike.

Manchester City are third on 22 points, but missed the chance to move level on poins with their city rivals after being held to a 0-0 stalemate by West Ham United. Juventus stayed top despite having their 49-match unbeaten run in Serie A ended by second-placed Inter Milan in a 3-1 home defeat.

Arturo Vidal put Juve ahead after only 19 seconds but Inter hit back in the second half with three goals, two from Diego Milito and one from fellow Argentine Rodrigo Palacio.

Napoli led for 85 minutes at home to Torino after Edinson Cavani gave them a sixth-minute lead only to be held 1-1 after Gianluca Sansone pounced on a defensive blunder to equalise in stoppage time.

La-Liga: Barcelona on top of the table 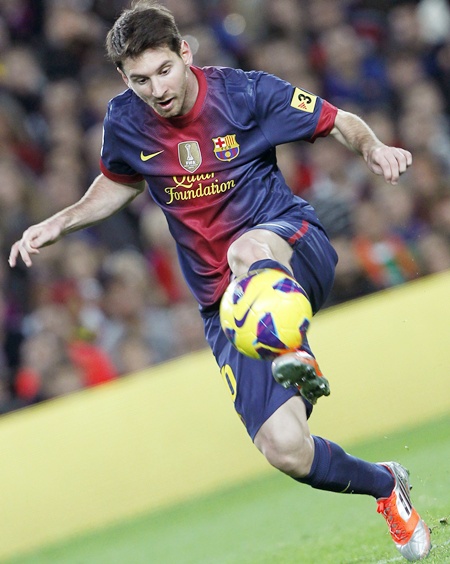 Barcelona equalled the La Liga record for the most points after 10 games and moved three clear of Atletico Madrid at the top thanks to a 3-1 win at home to Celta Vigo on Saturday before Atletico lost 2-0 at Valencia.

Tito Vilanova's Barca side, who have nine wins and a draw this season, moved on to 28 points, matching the previous best set by arch rivals Real Madrid, after Adriano, David Villa and Jordi Alba all found the net.

Atletico's long undefeated run ended at the Mestalla after Roberto Soldado's 20th-minute volley and a clever finish from substitute Nelson Valdez in the fifth minute of added time.

Champions Real, recovering from a shaky start to their title defence, climbed above Malaga into third place after a 4-0 home win over Real Zaragoza.

Real, far from their best despite the scoreline, have 20 points, five behind city rivals Atletico, while Malaga are on 18 after suffering their first home defeat of the campaign when they lost 2-1 to Rayo Vallecano.

Bayern continue their near perfect start 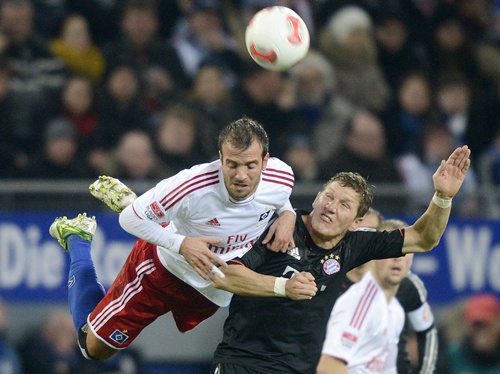 Bayern Munich continued their near perfect start to the Bundesliga campaign, crushing hosts Hamburg SV 3-0 to go seven points clear at the top.

Bayern set a Bundesliga record of five straight away wins from the start of the season, without conceding a goal.

Schalke stayed in second place on 20 points after conceding a stoppage-time goal to lose 3-2 at Hoffenheim, while Borussia Dortmund were held to a goalless draw by visitors VfB Stuttgart, dropping one place to fifth on 16 points. 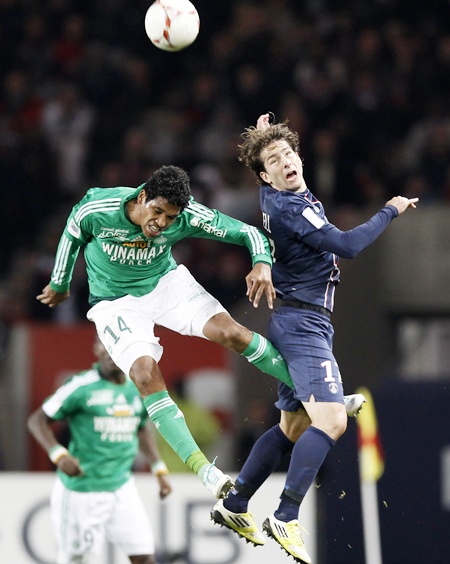 Paris St Germain suffered their first Ligue 1 defeat of the season when Zlatan Ibrahimovic was sent off in a 2-1 home reverse against St Etienne on Saturday.

PSG have 22 points from 11 games and lead Olympique Marseille, who have a game in hand, on goal difference.

Marseille beat AC Ajaccio 2-0 away on Sunday with goals from brothers Andre and Jordan Ayew while Olympique Lyon moved up to third on 21 points with a 5-2 home win over Bastia.

Twente Enschede recovered from their shock midweek Dutch Cup elimination by second division Den Bosch with a 3-0 win over Feyenoord to move back to the top of the league.

Steve McClaren's side were unconvincing but they were helped by early goals from Nacer Chadli and Luc Castaignos, before Dusan Tadic scored from a freekick.

Twente are top with 28 points after 11 matches, one ahead of PSV Eindhoven who beat Heracles Almelo 4-0 on Saturday.

Vitesse are third with 24 following their 2-0 win at Ajax Amsterdam, who slipped to fifth with 18 points on goal difference ahead of Feyenoord.

Elfsborg sparked wild celebrations after they were crowned Swedish champions following a 1-1 draw with Atvidaberg on Sunday.

Elfsborg finished on 59 points, two ahead of surprise runners-up Haecken who beat Sundsvall 2-1.

Malmo finished third on 56 points, with AIK narrowly missing out on European football as they finished fourth with 55.