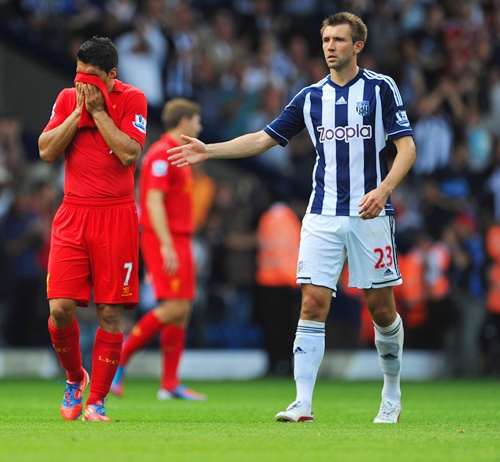 Since the formation of the Premier League two decades ago, Liverpool have been classed as one of the division's "Big Four" but their weakening grip on a place among the true elite was eroded further by a woeful start to the new campaign.

The kings of England in the 1970s and 80s have fallen on hard times after seventh, sixth and eighth-place finishes in the last three seasons and Sunday's visit of champions Manchester City follows an opening day 3-0 loss at West Bromwich Albion.

The club's American owners hoped for a return to the eye-catching passing which was a hallmark of their glory years when they appointed new manager Brendan Rodgers, whose Swansea City wowed the top flight with their attractive game last term. 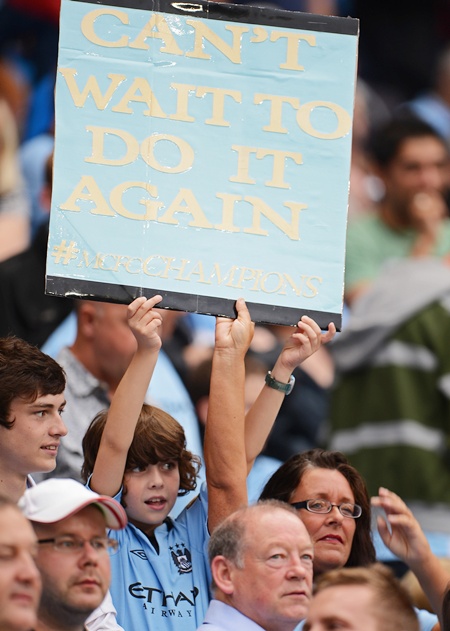 The move to sack fan favourite Kenny Dalglish, who won their last league title in 1990 in his previous spell in charge, shocked many fans and Rodgers' bid to win them over started in abject fashion with a limp performance at unfancied West Brom.

Their first home league game on Sunday will be a much sterner challenge against the might of City, albeit minus injured striker Sergio Aguero.

Rodgers has rested most of his big names for Thursday's Europa League playoff first leg at Scotland's Hearts and reckons Roberto Mancini's City are in for a rough ride at Anfield.

'The players are allergic to complacency' 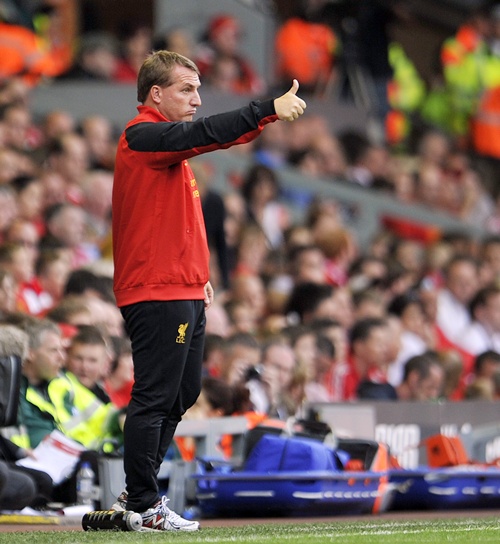 "It's something I've noticed in my short time here: the players are allergic to complacency. The focus every day, the concentration is very good," Rodgers said, turning to the loss at West Brom and Daniel Agger's red card.

"Everything went against us and we actually played really well in the first half. The game could have been over. The minute we went down to 10 men, we found it very difficult. We were chasing the game and our organisation wasn't as good as it will be in the coming months."

Left back Jose Enrique could return from injury for Liverpool while City are set to choose between Edin Dzeko and Mario Balotelli to partner Carlos Tevez up front after Aguero's knee injury in their 3-2 opening win over Southampton.

Robin van Persie will be itching for a first start 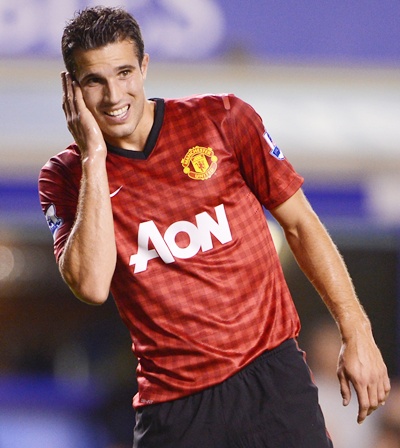 That comeback victory, reminiscient of City's last-gasp 3-2 win over Queens Park Rangers in May which won them the title on the last day, was far from convincing defensively and the likes of new Liverpool signing Fabio Borini will be keen to shine.

The other standout game of the second weekend of the Permier league season is European champions Chelsea at home to last season's surprise packages Newcastle United on Saturday.

Both teams started with victories over Wigan Athletic and Tottenham Hotspur respectively while Chelsea also beat Reading 4-2 at Stamford Bridge on Wednesday in a rearranged game because of their involvement in the European Super Cup next week.

Eden Hazard, Chelsea's new Belgian winger, was again a livewire and won his second penalty in two games but the hosts had to come from behind to overcome promoted Reading.

Boss Roberto Di Matteo said of Hazard: "He certainly had an impact on our team, and with Juan Mata as well, he linked up very well. He is finding his feet very quickly."

Manchester United, pipped to the title by City on goal difference last term, opened with a 1-0 defeat at Everton and new striker Robin van Persie will be itching for a first start when Alex Ferguson's men host Fulham on Saturday.

The Dutchman had little impact when coming off the bench at Everton but is likely to partner Wayne Rooney against Fulham, who battered Norwich City 5-0 in their opener.

Van Persie's ex-club Arsenal could have used his attacking prowess when they were held to a 0-0 home draw by Sunderland and can expect a physical encounter when they travel to Stoke City on Sunday.