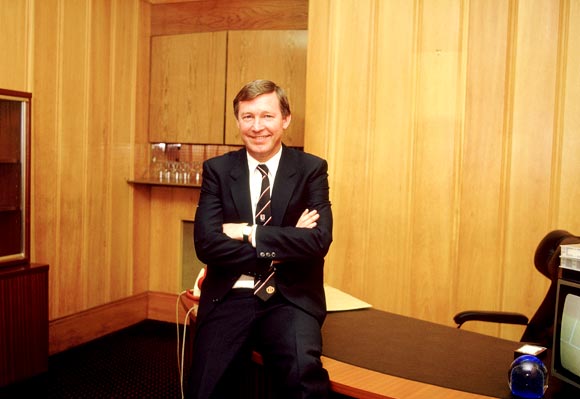 Following are the key moments in Alex Ferguson's managerial career following the announcement he will retire as Manchester United's manager at the end of the season.

Managed Scottish sides East Stirlingshire, St Mirren and Aberdeen and was Scotland's caretaker manager at the 1986 World Cup finals before moving to United.

St Mirren the only club to sack him 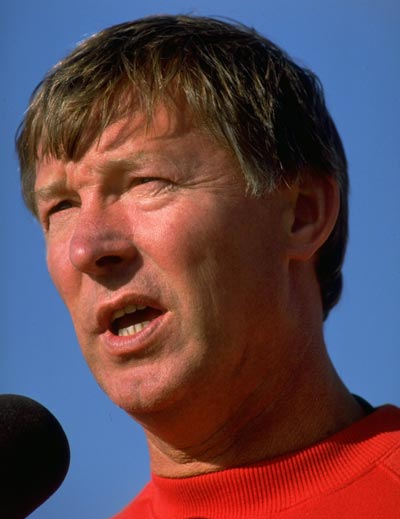 * After starting his managerial career at tiny East Stirlingshire in 1974, he left soon after for St Mirren, who in 1978 became the only club to sack him. 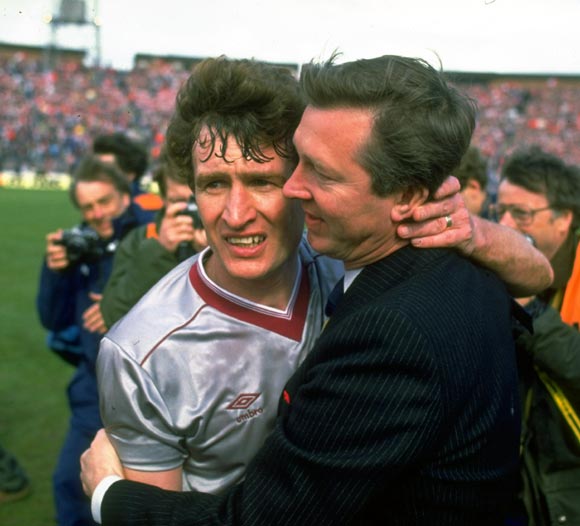 Became Aberdeen's manager in 1978 and led them to the first of three league titles under his tenure in 1980.

As well as those domestic honours, his Aberdeen side stunned Europe when they beat Real Madrid to win the European Cup Winners' Cup in 1983.

While still at Aberdeen in 1984 he was given the chance to become Arsenal and then Tottenham Hotspur's manager. Discussions with Arsenal did not progress far but they did with Spurs, who offered him a three-year contract when he wanted a five-year deal. He decided to stay at Aberdeen instead. 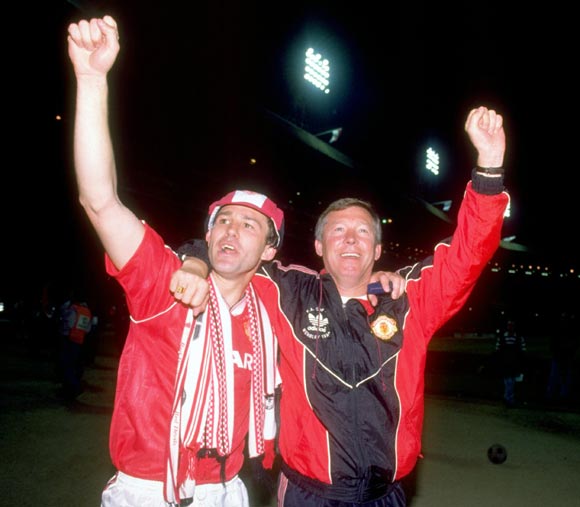 Ferguson left Pittodrie for Old Trafford on November 6, 1986, after the dismissal of Ron Atkinson.

A turning point in United's fortunes came on January 7 1990. After winning nothing in his first three years at Old Trafford, and with fans demanding his sacking, Mark Robins scored the only goal in a 1-0 victory at Nottingham Forest in an FA Cup third round replay. United went on to win the trophy beating Crystal Palace in the replayed final for a first trophy under Ferguson.

Ferguson rated Cantona as his single most important singing for United 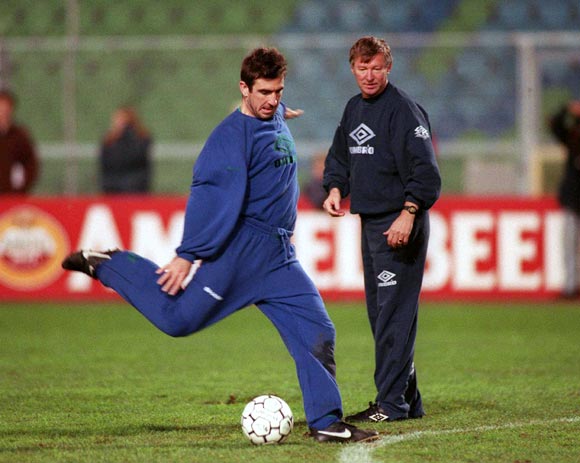 * Another key moment was bringing Eric Cantona to Old Trafford from Leeds United in November 1992. Ferguson has described the Frenchman as his single most important signing for the club. 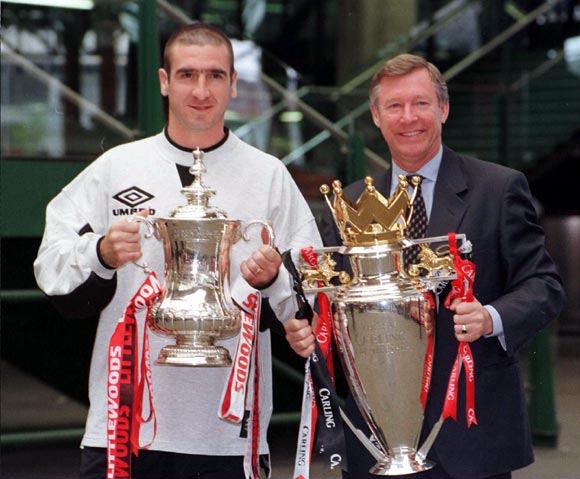 The following season United won the league and FA Cup double for the first of three times under Ferguson. The catalyst was Cantona, whose two penalties in the 4-0 Cup final victory over Chelsea were among the 25 goals he scored in 48 appearances in all competitions that season.

Ferguson stood solidly behind Cantona in January 1995 when he was banned for eight months following his kung-fu attack on a fan after being sent off in a match at Crystal Palace.

Manchester United won the treble in 1999 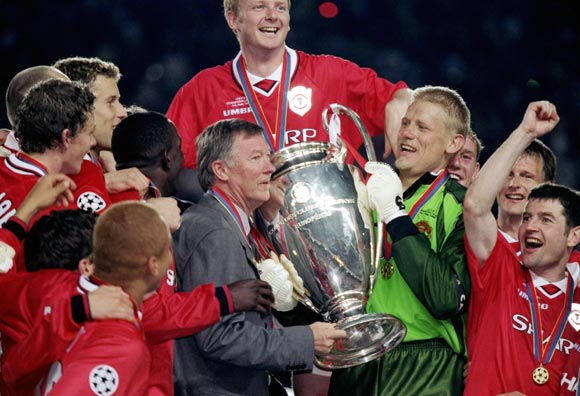 Ferguson ordered United's players to change their shirts from grey to red at halftime during a defeat at Southampton claiming "the players couldn't see each other at a distance when they lifted their heads". United have never worn grey since.

After another double in 1995-96, and a league title in 1997, United became the first English team to win the Champions League, Premier League and FA Cup treble on a momentous night in Barcelona in 1999, coming from behind to beat Bayern Munich 2-1 on what would have been Matt Busby's 90th birthday. 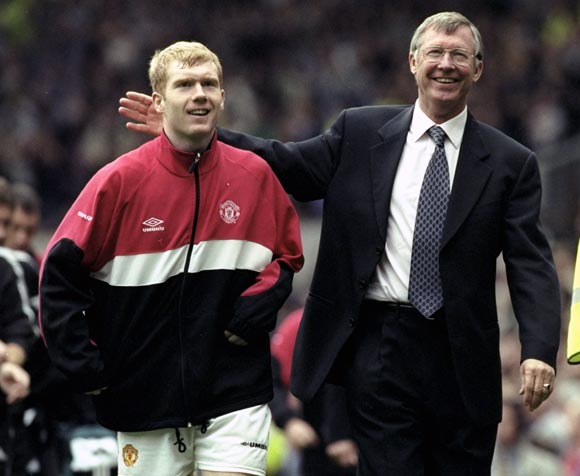 Further titles followed in 2000, 2001 and 2003 with the team based around the likes of Ryan Giggs, Paul Scholes and David Beckham. During this period, in 2002, Ferguson signalled his intention to retire, but later changed his mind.

He also coined the expression "squeaky-bum time" during a tense title run-in with Arsenal in 2003.

Ferguson launched a boot at Beckham in 2003 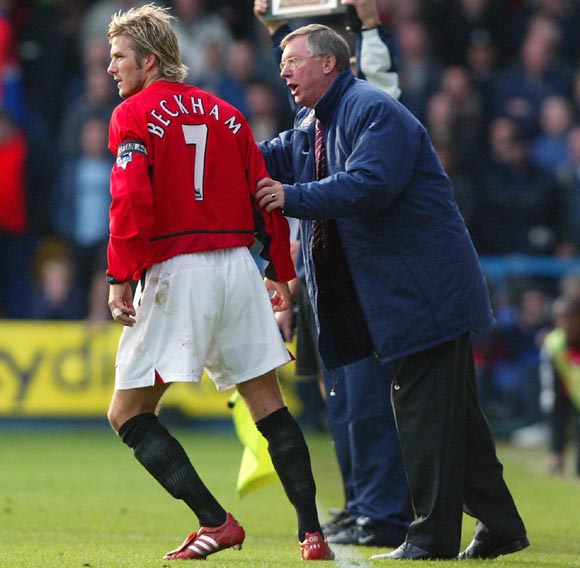 * The beginning of the end of Beckham's United career came on February 15, 2003 when, after an FA Cup defeat by Arsenal, Ferguson launched a boot at Beckham in the changing room after the game. Beckham needed stitches above his eye. The England midfielder left for Real Madrid a few months later.

Ronaldo and Rooney were key signings for Ferguson 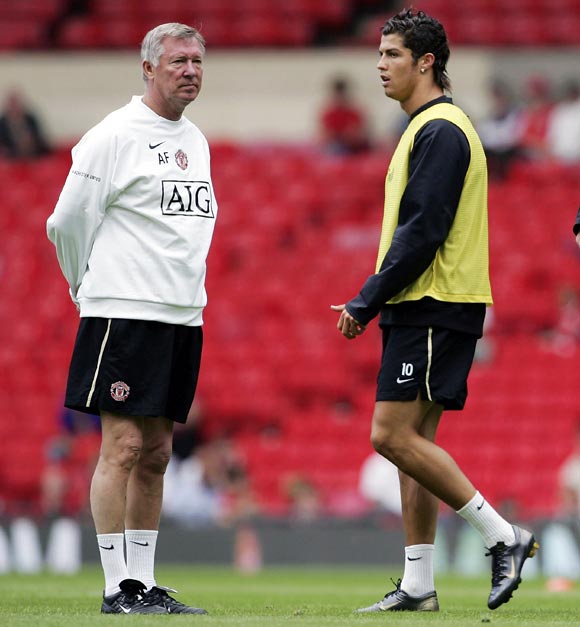 * In the same year, another landmark signing arrived at Old Trafford when Cristiano Ronaldo joined United to start an incredible six year career at the club. Wayne Rooney was another key Ferguson signing the following year.

Keane left United after fall out with Ferguson in 2005 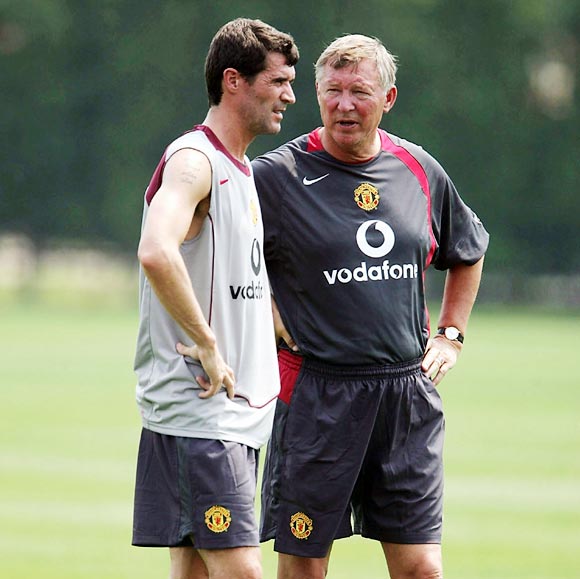 * In November 2005 the inspirational heart of United on the pitch, Roy Keane, left after falling out with Ferguson. The manager had pulled an interview Keane did for the club's in-house TV channel MUTV in which the midfielder had strongly criticised his team mates. 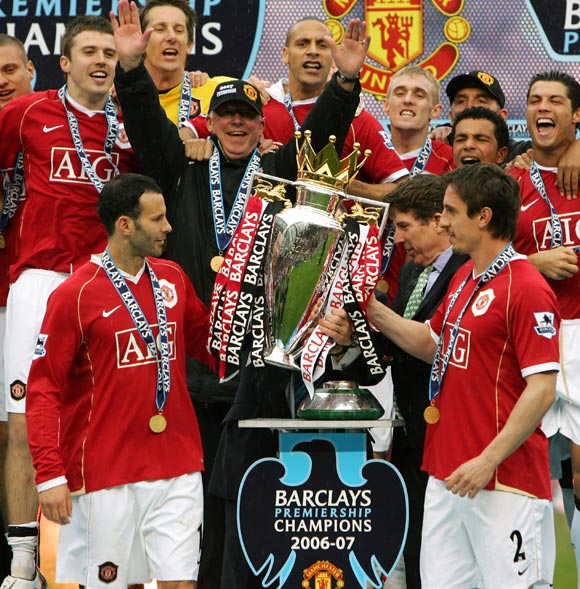 * United's ninth title of the Premier League era followed in 2007 and a Champions League and Premier League double arrived in 2008 after a penalty shootout victory over Chelsea in the showpiece European final in Moscow. 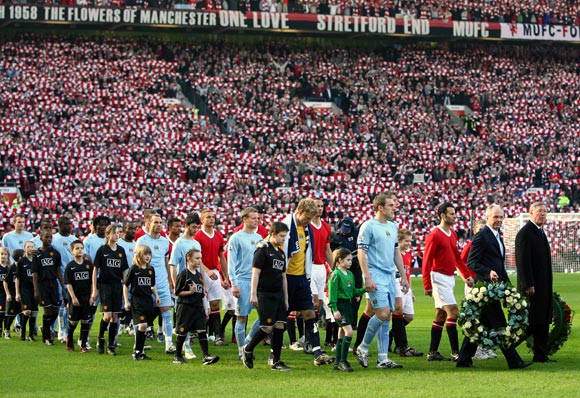 Vows to regain the title from Manchester City, who end a 44-year wait for the championship with a last-gasp goal in their final match at home to Queens Park Rangers in 2012. 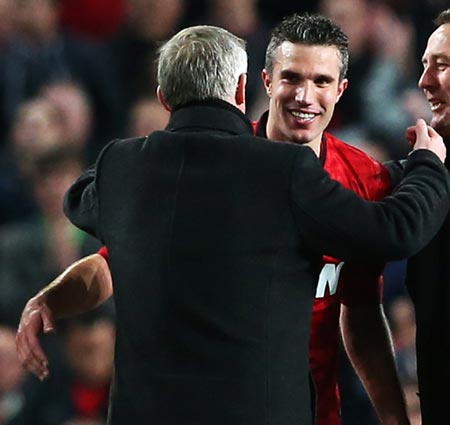 * Ferguson achieves his target on April 22 when a Robin Van Persie hat-trick clinches United's 13th title of the Premier League era, and 20th in all, with a 3-0 win over Aston Villa.

Ferguson to retire at the end of current season 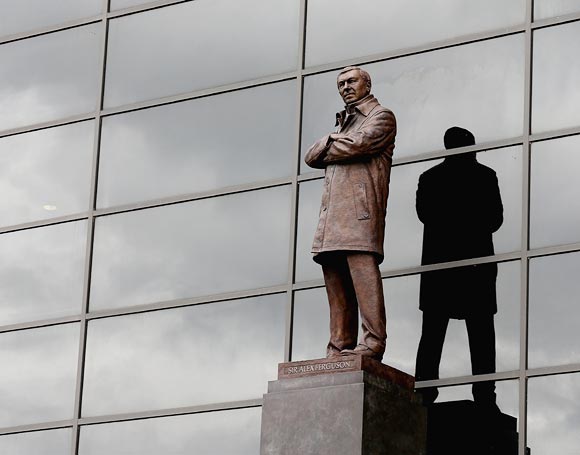