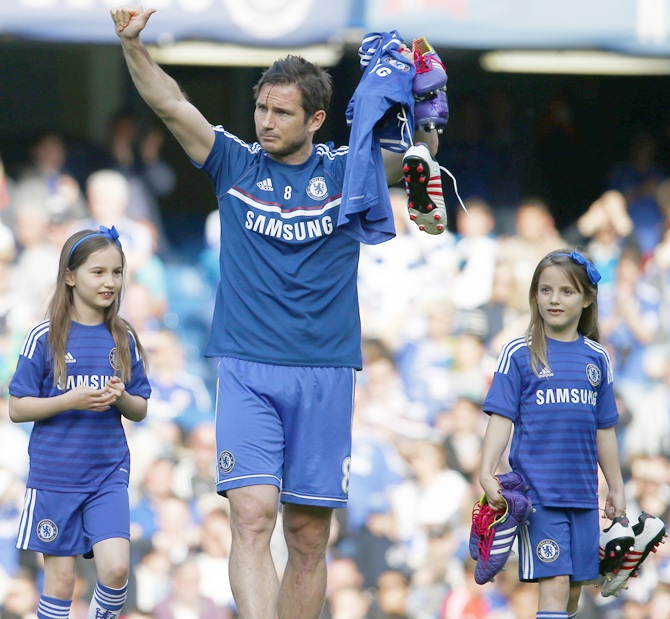 Chelsea will have a massive void to fill in midfield next season after the club's all-time record goalscorer Frank Lampard announced on Monday he was ending his 13-year spell at Stamford Bridge.

The England World Cup player, who joined the Premier League club from London rivals West Ham United in 2001 for a fee of 11 million pounds ($18.43 million), scored 211 goals in all competitions for Chelsea.

"Whatever the next challenge is for me I will always be amongst you and have Chelsea in my heart," Lampard told the club's fans in a statement.

"Hopefully I will get to see you all soon to say goodbye properly. In the meantime thank you for the memories and keep making history." 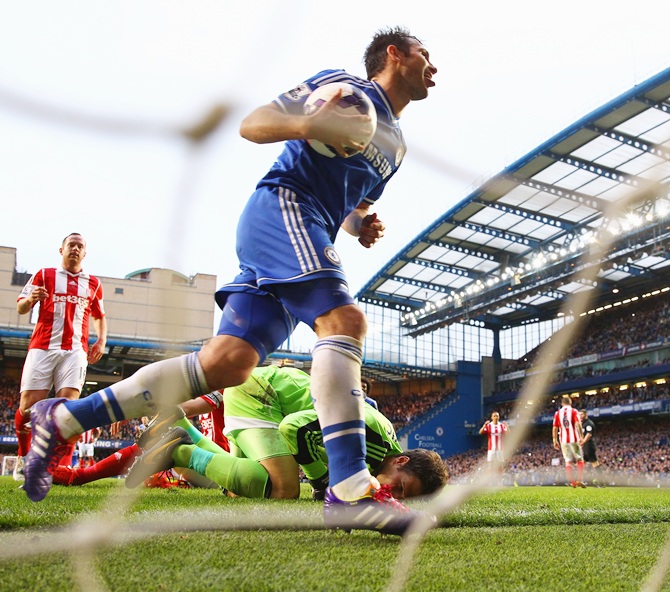 Lampard, who turns 36 on June 20 and will be England's vice-captain at the World Cup in Brazil, is out of contract and has been linked with a move to new Major League Soccer franchise New York City.

"When I arrived at this fantastic club 13 years ago I would never have believed that I would be fortunate enough to play so many games and enjoy sharing in so much success," he said.

"This club has become part of my life and I have so many people to thank for the opportunity. Firstly (former chairman) Ken Bates, who put his neck on the line to sign me as a young player and without him I would not have even begun this experience.

"Roman Abramovich, the man who saved our club and took us all to new levels. His desire to push the club to the top of the football world has rubbed off on everyone," he added, referring to the Russian billionaire who bought the club in 2003. 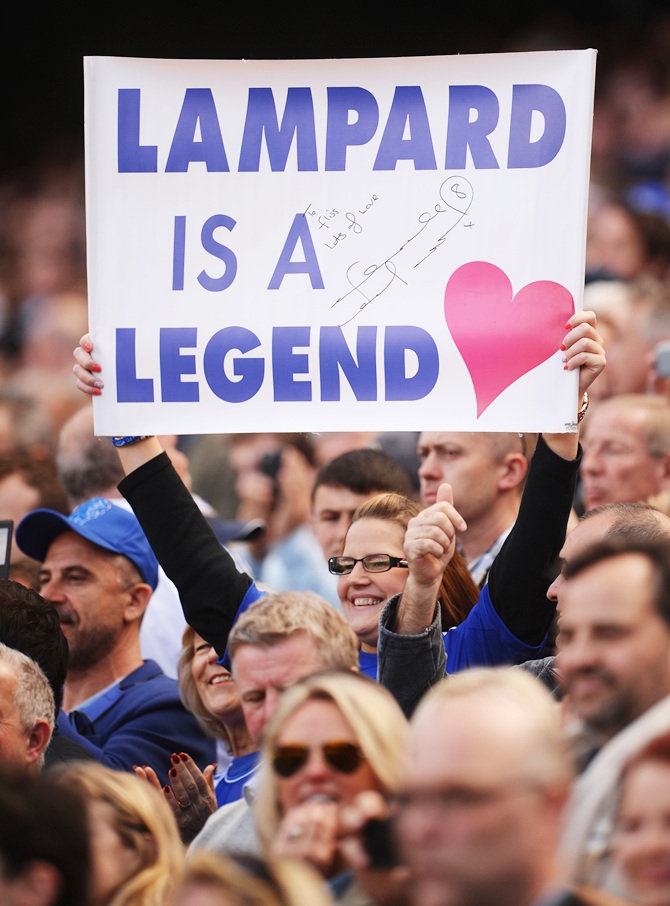 Lampard was brought to Chelsea by manager Claudio Ranieri and the player struggled to prove his worth in his first season at Stamford Bridge.

The Londoner started to blossom in his second campaign and it was his two goals at Bolton Wanderers, in Jose Mourinho's maiden season in charge in 2004-05, that sealed the club's first top-flight title in 50 years.

Lampard, by then, had turned into the modern-day version of England 1966 World Cup winner Bobby Charlton, with a penchant for spectacular long-range goals.

Chelsea won the Premier League title again in 2006 and it was his pass to Didier Drogba that set up the only goal in the 2007 FA Cup final victory over Manchester United at Wembley.

Lampard, vice-captain to skipper John Terry, flourished under Mourinho but the midfielder's insatiable thirst for goals continued when the Portuguese left in September 2007.

The England international, who has won 103 caps for his country, claimed the domestic league and cup double with Chelsea under Italian Carlo Ancelotti in 2010.

However, the crowning glory of his days in the royal blue number eight shirt came in Munich in May 2012. 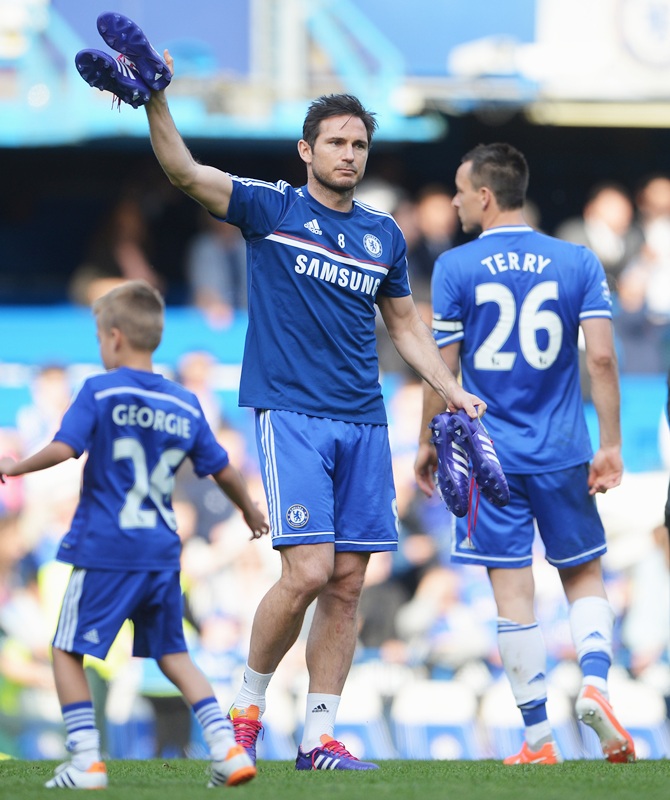 With Terry missing because of suspension, Lampard hoisted the Champions League trophy aloft after Chelsea beat Bayern Munich in a penalty shootout in the German team's own Allianz Arena stadium.

He was also captain, with Terry this time sidelined by injury, when Chelsea beat Benfica 2-1 in the 2013 Europa League final in Amsterdam.

Earlier that season Lampard went past Bobby Tambling's club record tally of 202 goals when he struck twice in a 2-1 Premier League victory at Aston Villa.

"He achieved everything with Chelsea," former midfield partner Michael Ballack told Sky Sports. "He's a legend there and also for England.

"I think he has had a lot of offers so he can choose what he wants. He's experienced enough to make the right decision now," added the former German international.

Ballack believes Lampard could one day return to Chelsea as a member of the coaching staff.

"Maybe he leaves just for a few years and then he can come back," said Ballack. "He is a player who will always be involved in such a club.

"He's really well connected with Chelsea and there will always be a place in the future there for him."