A glimpse at the career of new Man United manager Moyes 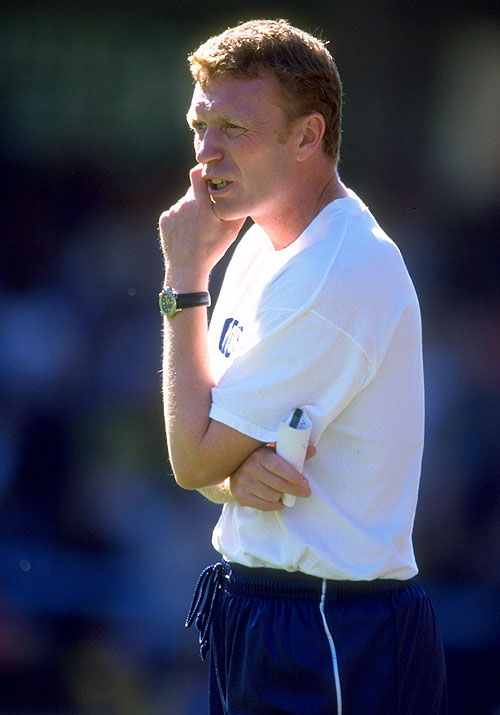 David Moyes was appointed manager of Manchester United on Thursday and will take over from Alex Ferguson who is retiring at the end of this season. Here is a look at his life and career.

Moyes was born in April 1963 in Glasgow, Scotland and signed as a professional with Scottish club Celtic in 1980, whom he joined as a junior.

Two years later he made a substitute appearance against Ajax in the European Cup, one of only 35 appearances over three years.

In 1996 he became part of the Preston team 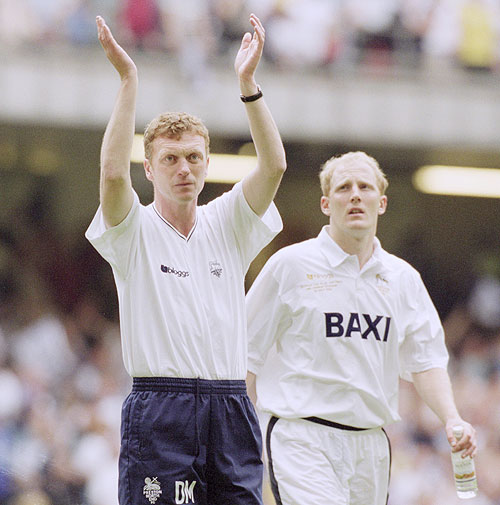 In 1983, he moved to Cambridge United on a free transfer where he developed a reputation as a reliable defender. Two years later he transferred to Bristol City and then in 1987 to Shrewsbury Town.

He returned home to Dunfermline Athletic in 1990 before briefly joining Hamilton Academical before moving back to England with Preston North End.

He captained Preston in a Third Division (fourth tier) playoff final at Wembley, where they lost to Wycombe Wanderers. In 1996 he became part of the Preston team promoted as Third Division champions under manager Gary Peters and he became assistant to Peters but continued to play.

He took over at Everton in March 2002 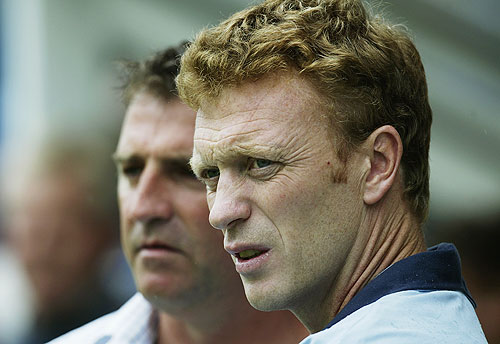 CHANGE IN DIRECTION - PROGRESS AT PRESTON

In 1998 he took over as manager at Preston after Peters resigned and the team avoided relegation. In his first full season in charge, he took Preston into the Second Division (third tier) playoffs, where they lost to Gillingham.

He then led Preston to promotion as Second Division champions. In 2001, despite being widely tipped for relegation, Preston reached the First Division (second tier) playoff final against Bolton Wanderers, losing 3-0 at the Millennium Stadium in Cardiff.

He signed a new five-year contract with Preston but then replaced Walter Smith as manager of Everton in March 2002 and has now become England's third-longest serving manager in top flight after Ferguson and Arsenal's Arsene Wenger. 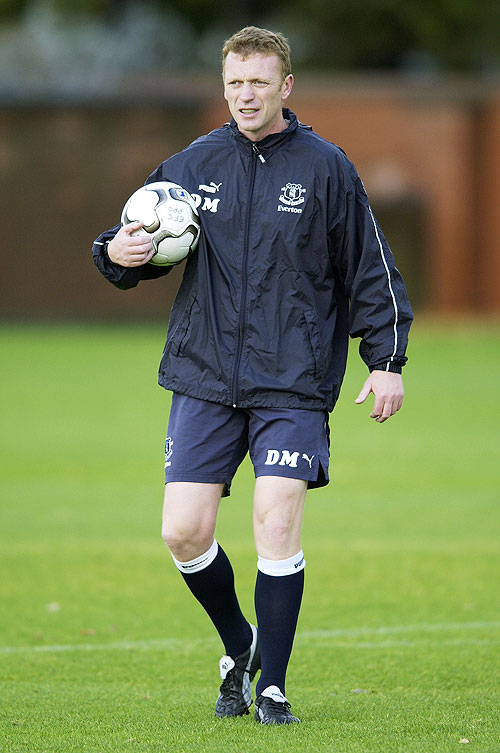 Everton have finished in the top six in the Premier League four times under Moyes, qualifying for the Champions League in 2005. The team also reached the 2009 FA Cup final where they lost 2-1 to Chelsea after beating Manchester United in the semi-finals.

Everton won a place in the UEFA Cup for the 2007/08 season and they recorded remarkable victories over Nuremberg, AZ Alkmaar and eventual-winners Zenit St Petersburg on the way to a last-16 encounter with Fiorentina which they eventually lost after extra time and a penalty shoot-out.

Moyes signed a new five-year contract with the club in 2008 and the 2012/13 season began well for Moyes being named manager of the month for September.

Moyes has two children and like Ferguson co-owns a racehorse. He has also been a summariser for BBC radio.