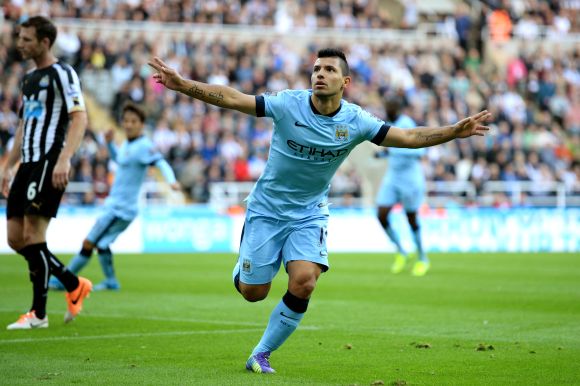 One moment of attacking brilliance and a late Sergio Aguero strike gave Premier League holders Manchester City a winning start to their title defence as they eased past Newcastle United 2-0 away on Sunday.

While the performance was far from vintage, City manager Manuel Pellegrini will be ... 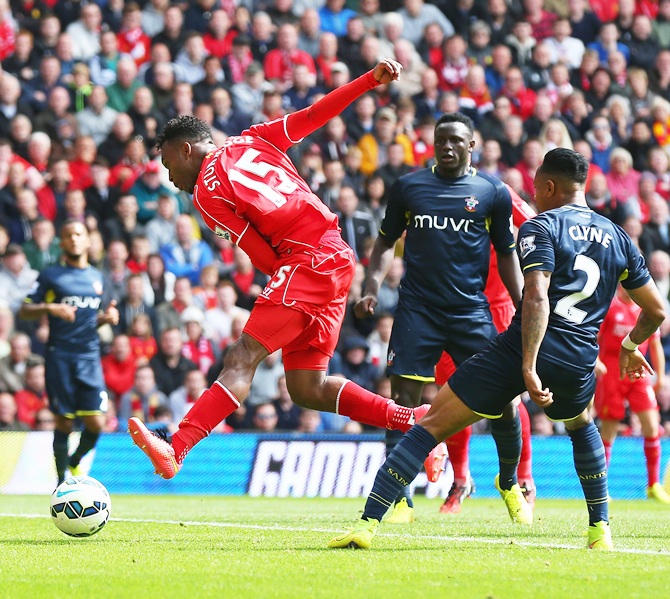 Earlier, last season's runners-up Liverpool beat a stubborn Southampton 2-1, goals from Raheem Sterling and Daniel Sturridge either side of Nathaniel Clyne's thunderbolt ensuring the post-Luis Suarez era at Anfield got off to a positive start.

Tottenham Hotspur, Hull City and Aston Villa were other opening-weekend winners, while Chelsea play at promoted Burnley on Monday. 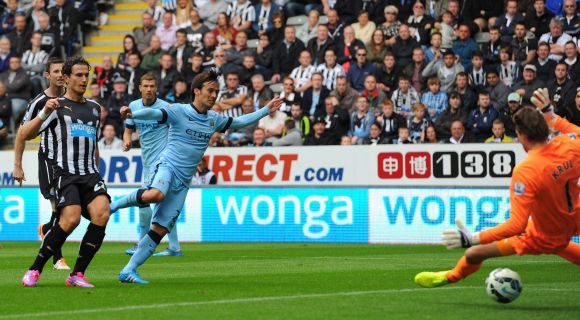 The match at St James' Park was preceded by a minute's silence for John Alder and Liam Sweeney, the two Newcastle fans killed in the Malaysia Airlines crash in eastern Ukraine last month. After kickoff City quickly began to dominate, with Tim Krul denying Dzeko, Stevan Jovetic and Samir Nasri within the first 12 minutes.

City's wealth of attacking options came to the fore on 38 minutes, Toure playing a ball over the top from deep, Dzeko playing a lovely backheel into the path of Silva who placed the ball past Krul.

The hosts offered plenty of industry after the break, in marked contrast to some insipid performances last season, but they generally lacked the cutting edge required to seriously threaten, other than late chances to Ayoze Perez and Moussa Sissoko.

Aguero, who missed much of last season through injury, added some late gloss to the scoreline, beating Krul after his initial effort was parried. "It was very important for us to start with a win," Pellegrini told Sky Sports. "We talked to the squad about the 'two hs' - we were hungry and humble.

"We need both if we want to continue winning titles and improve on what we did last season. We didn't have any clean sheets in pre-season but we were very solid in this game."

Sterling too strong for Southampton defence 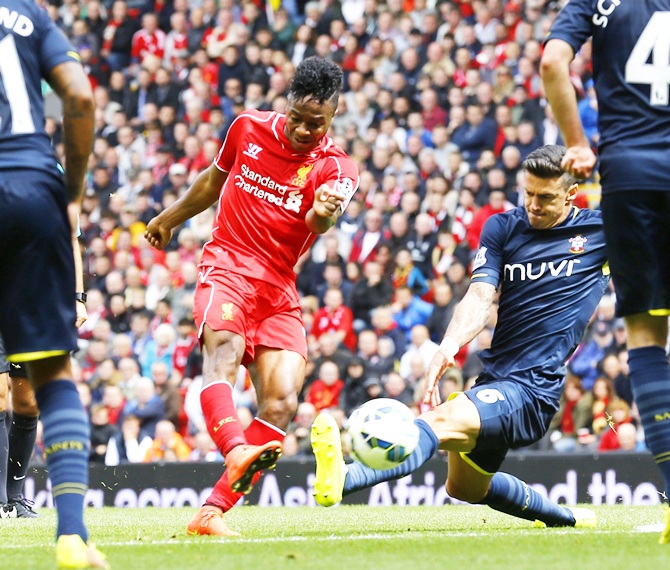 Three players traded the south coast for Merseyside in the off-season but only Dejan Lovren started at Anfield, with striker Rickie Lambert on the bench and midfielder Adam Lallana injured.

Clear chances were in short supply for both sides until Jordan Henderson won the ball inside his own half on 23 minutes.

Liverpool earned plenty of plaudits for the way they tore teams apart last term, but after going a goal up they allowed Southampton to gain a foothold.

Clyne blasted in an equaliser for Southampton 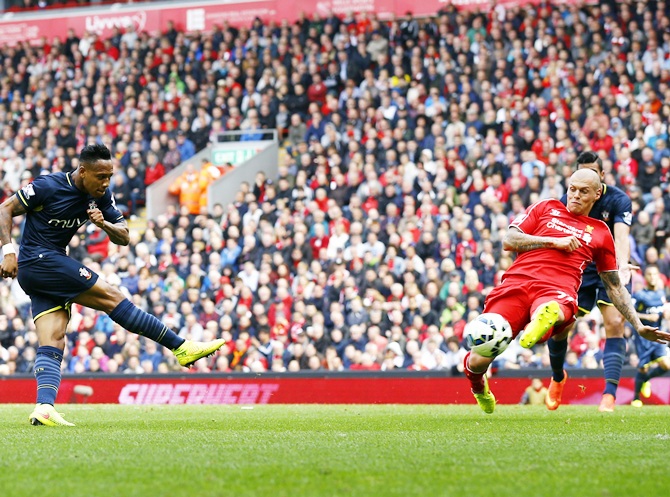 Clyne blasted in an equaliser after a neat one-two with Dusan Tadic, the Serb playing a delightful backheel to set up the right back.

Steven Davis missed a chance shortly afterwards, and the Saints were made to pay for the wastefulness when Sturridge, who scored 21 league goals last term, flicked the ball home after the impressive Sterling met Henderson's cross.

"I'm really happy with that determination and character to win a football match," Liverpool manager Brendan Rodgers said. "As the season rolls on, we'll get better and more fluent. It was very hard-fought."