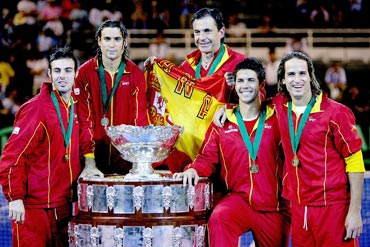 The last time Argentina met Spain in the Davis Cup, in the 2008 final in Mar del Plata, the South Americans were firm favourites to claim their first title but their challenge was wrecked by infighting within the team.

The Spanish, without talisman Rafa Nadal, pulled off a dramatic victory on the indoor hard court for a third triumph in nine years, Fernando Verdasco battling from two sets to one down to beat Jose Acasuso and secure an unassailable 3-1 lead.

With clay king Nadal leading the charge and the 2011 final to be played on the red dust indoors in Seville, the boot is very much on the other foot and anything other than a Spanish victory -- giving them a third title in four years and fifth overall -- would be a major surprise.

Now we have another chance here: Del Potro 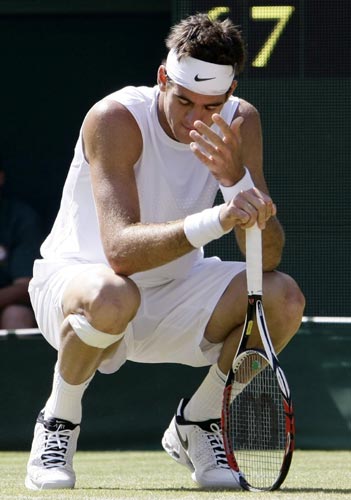 Argentina, who have Juan Monaco, Juan Ignacio Chela and Eduardo Schwank alongside Juan Martin Del Potro and David Nalbandian in the squad for the December 2-4 tie, say the personality clashes that ruined their 2008 bid are firmly behind them.

"That's in the past, completely in the past," Del Potro, the 2009 US Open champion, said on Tuesday.

"After that (2008) final, we grew up, I've improved my game a lot and now we have another chance," added the rangy 23-year-old, Argentina's top-ranked player at World No. 11.

"It's going to be different than Mar del Plata, if we are in good shape and remain focused." 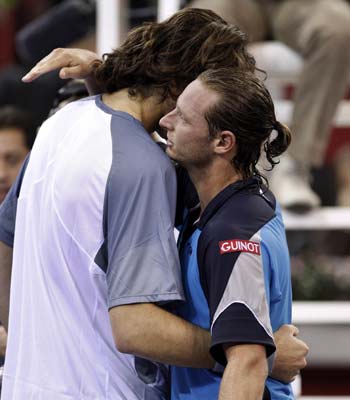 Verdasco said he knew the Argentines were hurt by the defeat three years ago.

"They were at home and favourites and it's clear they want to pay us back," he said. "But we are preparing as if we have never won it before."

Argentina's players have been working hard on clay and are hoping the fact that neither Del Potro nor Nalbandian have played a competitive match since October will give them freshness the Spanish may lack.

Spain are the overwhelming favourite: Federer 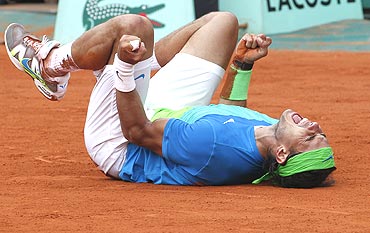 Nadal and Ferrer competed on a hard court at last week's World Tour Finals in London, with Ferrer reaching the last four, and have had less than a week to make the switch to their favoured clay.

However, getting the better of either World No. 2 Nadal or No. 5 Ferrer will be a tall order for the visitors as neither player has lost a Davis Cup singles rubber on the surface.

"I'm sure it's an open match in some ways but I think Spain are really the overwhelming favourite," World No. 3 Roger Federer said.

"They are playing at home and they have an incredibly solid team," added the Swiss.

"(Argentina)have their players and their team and anything is possible, but obviously it's normal to favour the Spaniards with Rafa on the team, back on clay."

We've learned from our mistakes: Verdasco 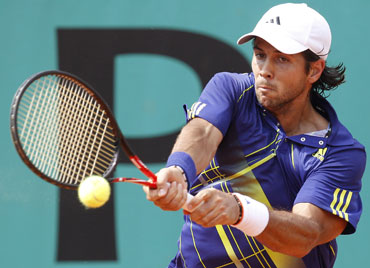 If the singles are a daunting prospect, Argentina may feel Saturday's doubles rubber is theirs for the taking.

Spain's regular pairing of Verdasco and Feliciano Lopez crashed to a heavy defeat by France's Michael Llodra and Jo-Wilfried Tsonga in the semi-final.

"We've learned from our mistakes," Verdasco said. "In Cordoba (in the semi-finals) things didn't work out as we wanted, but we've trained in Barcelona this week and prepared differently to in the past."

The draw for the three-day final is on Thursday, when team captains Albert Costa of Spain and Argentina's Tito Vazquez will name their line-ups.