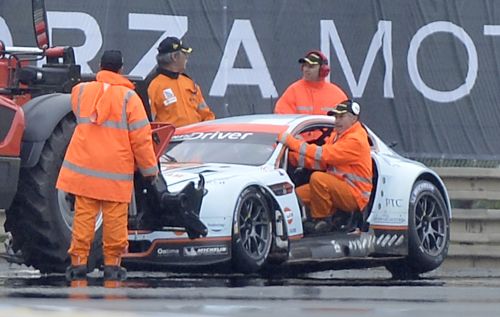 He was the first driver to die in the race for 27 years and the 22nd fatality linked to it since the first running on public roads near the cathedral city in western France 90 years ago.

The 34-year-old, driving an Aston Martin, spun into the barriers at Tertre Rouge on lap three after just 10 minutes of an endurance race famed the world over for its glamour and danger.

"In a serious condition, Allan Simonsen was transferred immediately to the Circuit Medical Centre where he died soon after due to his injuries," organisers said in a statement on the official website.

'The team is of course deeply saddened by the loss' 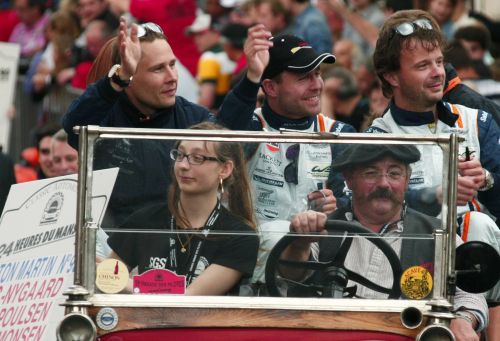 Simonsen, one of the world's more experienced endurance drivers at the La Sarthe circuit, was competing in the GTE Am class for production-based sportscars which are slower than the LMP1 and LMP2 prototype categories.

Media reports said he was conscious and talking to doctors immediately after the accident, which led to a 58 minute safety car period to allow the destroyed barriers to be repaired.

Simonsen was attended at the scene of the crash by staff from the Automobile Club de l'Ouest's (ACO) medical service who transferred him to the Circuit Medical Centre where he died.

Aston Martin team chief David Richards said Simonsen's family had asked the team to carry on in the event before they returned to Copenhagen.

"Incidents like this are very rare but when they happen you have to make decisions based on a number of factors - in this case the wishes of the family were paramount," he said in a statement.

"We spoke with Allan's family who were insistent that we continued to compete.

"The team is of course deeply saddened by the loss of one of our drivers. However, we are as focused as ever to win this race (in the GTE Am class) but we are now racing to win for Allan."

'He was a world class GT driver' 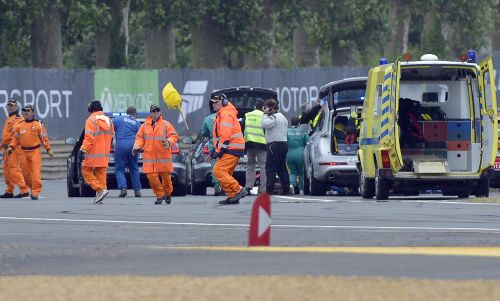 Simonsen had taken part in seven Le Mans 24 Hours events and was respected by the tight-knit motorsport community.

"For many in endurance racing, Allan was above all a good friend who displayed his passion for racing on and off the track. His loss will be felt by the FIA, the ACO and the greater motorsport family," said International Automobile Federation (FIA) president Jean Todt and ACO President Pierre Fillon in a joint statement.

The Dane's co-drivers in the car, numbered 95, were compatriots Christoffer Nygaard and Kristian Poulsen.

Simonsen's death is the first driver fatality at Le Mans 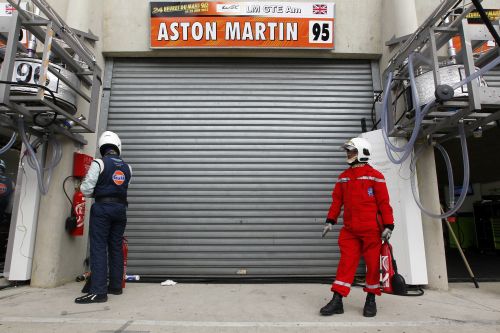 Organisers said the exact reasons for the accident were still being determined.

Simonsen had told reporters on Friday that he was looking forward to the race with great anticipation.

"Just being at Le Mans and to be allowed to drive the car on the track is incredibly special," he said. "It's the biggest race for us.

"It's the one we most look forward to. It's also difficult because there are so many excellent drivers from all over the world - it's a huge challenge."

Simonsen's death is the first driver fatality at Le Mans since Frenchman Sebastien Enjolras was killed during pre-qualifying in 1997 and the first during the race since Austrian Jo Gartner died in 1986.

Le Mans, a race immortalised in a 1971 Hollywood movie starring the late Steve McQueen, is one of motor sport's great races along with the Indianapolis 500 and Monaco Formula One Grand Prix.

It also has a tragic past, with at least 80 spectators estimated killed and many more injured in 1955 when Frenchman Pierre Levegh's Mercedes flew into the crowd in motor racing's deadliest disaster.