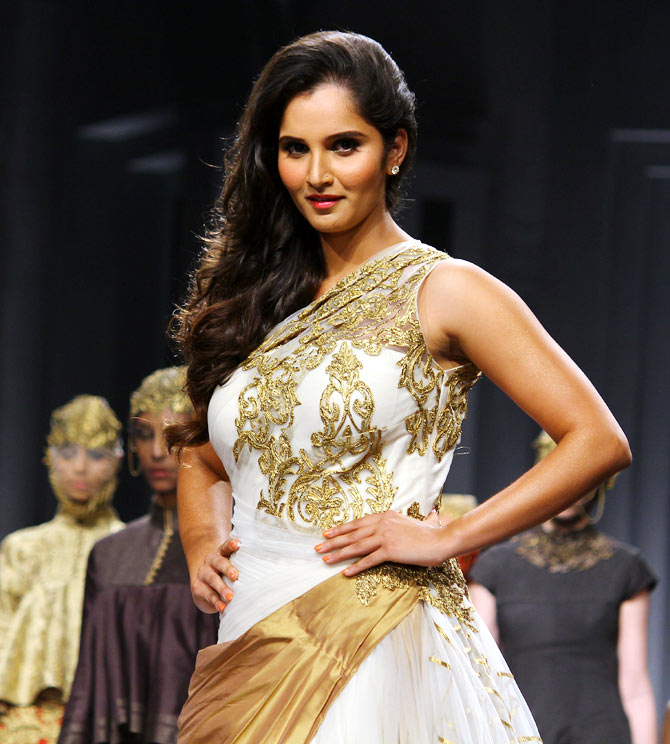 Now there's another one.

Telangana Bharatiya Janata party leader K Laxman flayed the state government's decision to appoint Sania as brand ambassador of the newly carved-out state, terming her as "daughter-in-law" of Pakistan and questioning her credentials for the honour.

A deeply hurt, Sania replied: "Hurts me that so much precious time of prominent politicians and the media is being wasted on a petty issue.

"Precious time should be spent on solving the more urgent issues. I'm an Indian, who will remain an Indian until end of my life. My family belongs to Hyderabad for more than a century & I strongly condemn any attempts by any person to brand me an outsider."

Later, Sania took to Twitter to clear the air about her domicile. Here's what she posted:

"I am married to Mr. Shoaib Malik, who is from Pakistan. I am an Indian, who will remain an Indian until the end of my life. I was born in Mumbai as my mother needed to be at a specialist hospital since she was seriously unwell at the time of my birth.

"I came home to Hyderabad when I was 3 weeks old. My forefathers have lived in Hyderabad for more than a century. My grandfather, Mr. Mohammed Zaffer Mirza started his career as an Engineer - in Nizam's Railways in Hyderabad in 1948 and died in his ancestral home in Hyderabad.

"My great grandfather, Mr. Mohd. Ahmed Mirza was also born and raised in Hyderabad. He was the Chief Engineer, Water Works, Hyderabad and was responsible for constructing the famous Gandipet dam.

"My great, great grandfather, Mr. Aziz Mirza was the Home Secretary under the Nizam in Hyderabad and worked tirelessly for relief works.

"So, my family belongs to Hyderabad for more than a century and I strongly condemn any attempts by any person, whosoever, to brand me an outsider.

"I hope this clears all doubts and issues."

Over the years, since she made headlines on the tennis court, the doubles star has become controversy's favourite child. 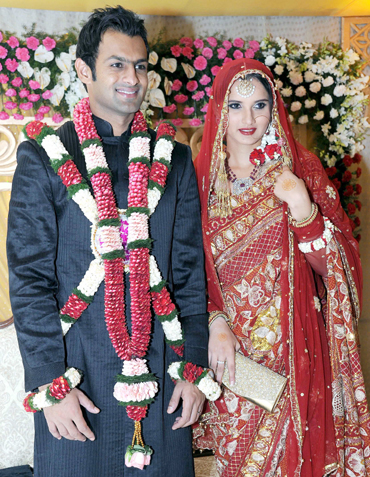 She married Pakistani cricketer Shoaib Malik on April 9 2010. Ever since they announced their wedding, the couple was hounded by the media over Shoaib's first marriage.

Another Hyderabad girl, Ayesha Siddiqui, had alleged that Shoaib married her over the telephone before dumping her without a divorce due to her weight problems.

Shoaib initially denied the allegations and claimed that Ayesha duped him into a phone marriage by sending photographs of a different woman. He, however, finally agreed to divorce her after being pressurised by community leaders.

Ayesha had also filed an FIR against Shoaib alleging fraud and criminal intimidation which led to the cricketer's passport being confiscated by the police.

The FIRs were withdrawn after Shoaib agreed to divorce Ayesha.

Sania should play for Pakistan after marriage: PTF chief 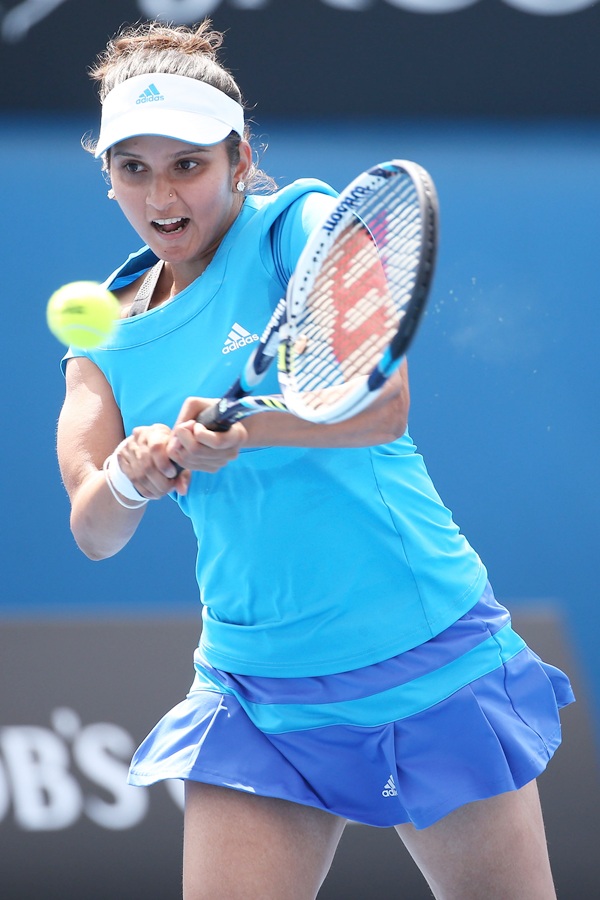 "It is great news for our tennis community that Sania Mirza is getting married to Shoaib Malik. We welcome her and hope that she would become a Pakistani national and play for us in future.

"She has a great future ahead and we would be delighted if she plays for Pakistan," The News had quoted Abbas as saying.

"Asian women traditionally follow their husbands and that's why I'm hopeful that someday she would be inspired by Shoaib to play for Pakistan," he added.

Sania, though, made it clear that she would continue representing India even after her marriage.

Abbas said that even if she decides to continue playing for India she should associate herself with Pakistan tennis at some point of time.

"She can encourage our girls to take up tennis, she can inspire them to become world class players. We would hope that Sania would lend a helping hand to women's tennis in Pakistan," he said.

Abbas even suggested that Sania could team up with Pakistan's Aisam-ul-Haq on the mixed-doubles circuit.

Still as much in love with Shoaib as when we got married: Sania 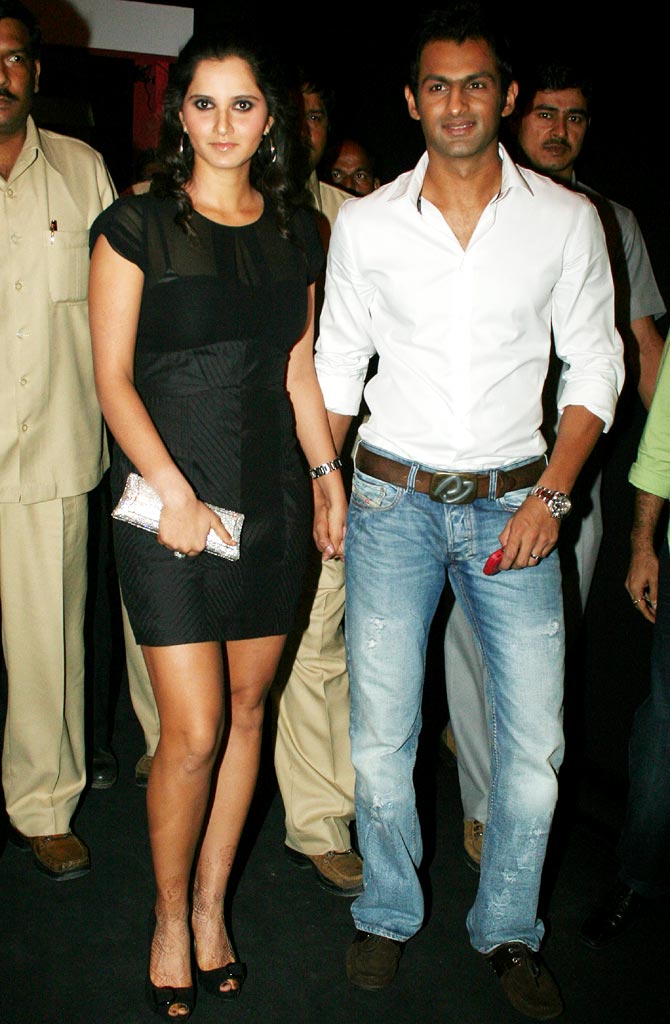 Recently Sania dismissed reports that her marriage with Malik was in trouble.

The news of differences and separation of Shoaib and Sania had been doing the rounds in the media for many months, but the Indian ace, who was on a private visit to Sialkot, the hometown of her in-laws, clarified that reports about her marriage being on the rocks were incorrect.

"Our marriage has not been easy because we are professional athletes and come from different countries. We knew there would be stress on us with time but we have so far managed it well. There are no problems between us at all," said Sania.

"I came to Sialkot to just relax with my husband and in-laws before the start of my circuit commitments in Europe. I have had a great time and just been busy eating out and shopping to my heart's content because I was out of the media limelight," she added. 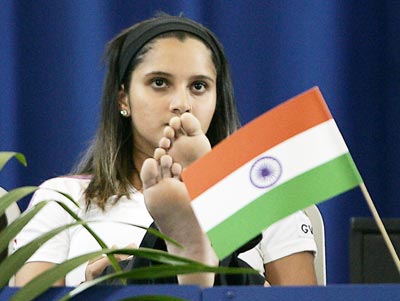 A Tirupati advocate had filed a case against Sania in a court in the temple town for allegedly showing disrespect to the national flag in January 2008.

Court sources said the advocate filed the case, along with some photographs published in the print media, which showed Sania putting her feet in front of the national flag while watching a matching during the Hopman Cup in Perth, Australia.

The advocate alleged that Sania had shown disrespect to the Tricolour and sought action against her.

At the centre of controversy for reportedly disrespecting the national flag, she admitted she considered quitting the sport over the row.

"I think a lot of thoughts went through my head in the last couple of weeks," Mirza had said in 2008.

"One of the thoughts was that, but I wouldn't say it was serious enough that I am going to quit right now."

"I just know that I would not do anything to disrespect my country.

"I love my country, I wouldn't be playing Hopman Cup otherwise, but besides that I am not allowed to comment."

"It's not easy to deal with things like that off the court," she had said.

"Obviously, there are some misunderstandings happening. I am not super-human, so it does affect me a little bit.

"However, I try and block it out, it's still at the back of my mind. [But] under the circumstances, I am just glad I came through the first round." 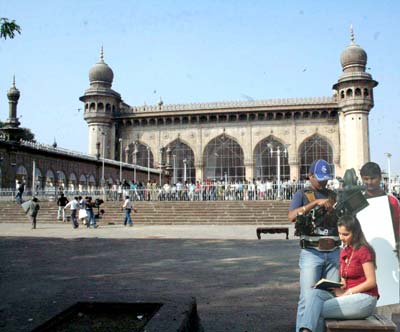 Police registered a case of trespass against Sania for filming for an advertisement in the premises of a mosque in her hometown, Hyderabad, in December 2007.

India's first woman to win a Tour title in 2005 apologised after the police complaint was filed.

"We have registered a case for shooting the advertisement in the mosque premises without permission," B.Reddenna, assistant commissioner of police in Hyderabad, told Reuters by phone.

"We are investigating but it is the smallest of cases," he said.

"The girl has sent an e-mail saying sorry and her mother also went to the mosque and has given a letter."

The darling of Indian sports fans and a youth icon for her fashionable dresses and ear-rings, she also faced an edict in the past from a Muslim group after her tennis attire was termed un-Islamic.

When Sania talked about sex 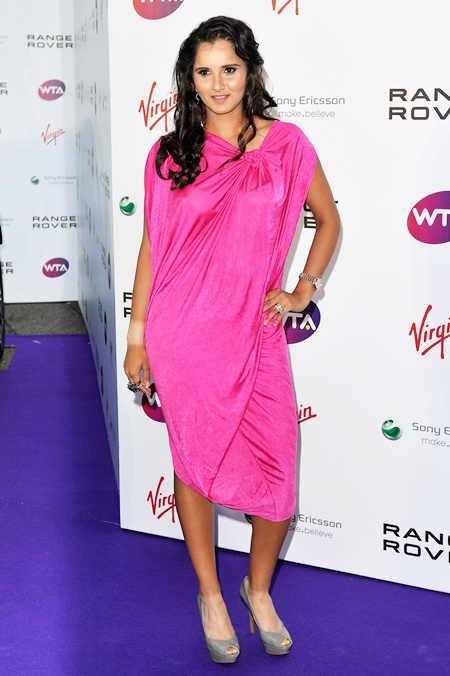 It's not possible to put a curb on pre-marital sex and the best way to curb AIDS is to play it safe, preached Sania.

She skirted questions that had anything to do with tennis but spoke about other issues.

But a ‘U’ was around the corner. She later distanced herself from her reported support to south Indian film star Khushboo on the issue of pre-marital sex.

Sania said her belief was otherwise.

Maintaining that she was deeply pained at the maligning of her image and making a non-issue into a serious controversy by misquoting her on the pre-marital sex issue, she said in a statement that "they were totally false connotations about my justifying pre-marital sex".

"I would like to clearly say on record that I could not possibly justify pre-marital sex as it is a very big sin in Islam and one which I believe will not be forgiven by Allah," Sania, a devout Muslim, said in the statement.

"Attributing a view point that is totally contrary to what I believe in and what I stand for as a Muslim and as an Indian girl," Sania said was a creation of media to sensationalise a story and such sensitive issues needed to be confirmed before making such attempts. 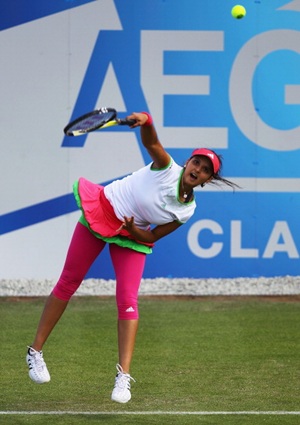 An earlier episode involving Sania's dress code and a religious leader issuing a fatwa (religious edict) to "dress as a Muslim girl" had raked up controversy, but she refused to speak on the issue.

She also denied that her remarks, whether her dress was six inches in length, was not made in the context of fatwa issued on the subject.

Muslim clerics had reportedly issued a 'fatwa' taking objection to Sania's apparel during tennis matches, which they said was 'un-Islamic'.