PHOTOS: Gold medal winners on Day 5 of the CWG 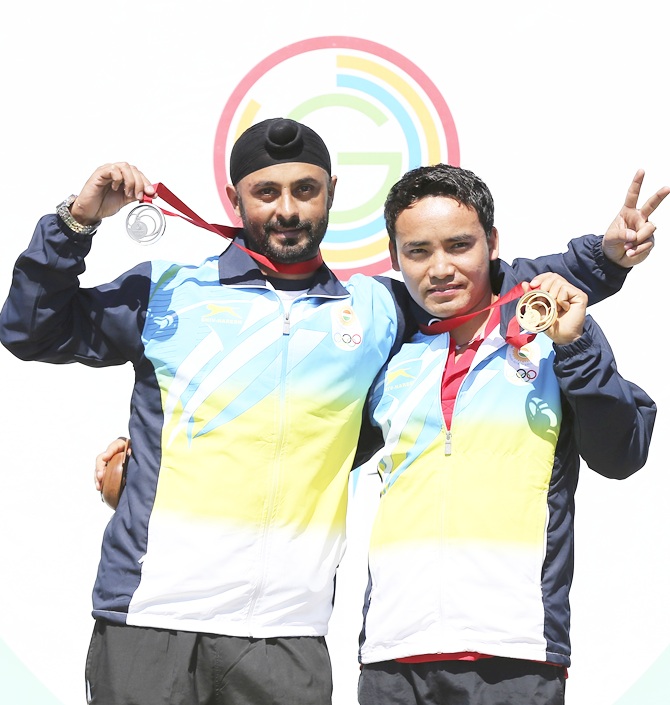 Indian shooters continued their dominance at the Barry Buddon Shooting Range with Jitu Rai and Gurpal Singh bagging a gold and silver respectively in the men's 50m pistol event in Glasgow on Monday.

The 26-year-old Rai, World No. 4 in the event, shot a total of 194.1 to bag his first Commonwealth Games gold on debut while Gurpal had an aggregate of 187.2 to win the silver, his first international medal. Australia's Daniel Repacholi was third. 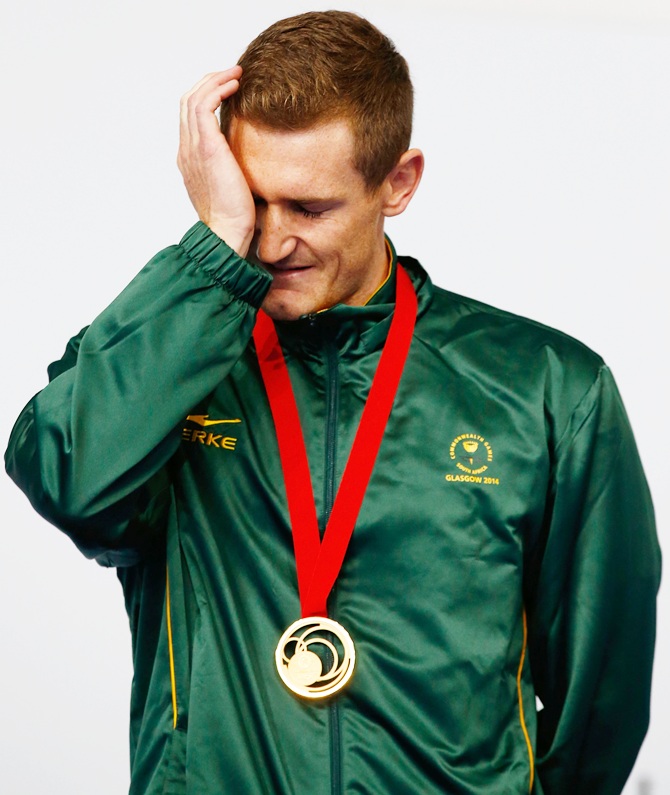 The South African, who won gold in the 100 breaststroke at the London 2012 Olympic Games, raced to gold in a Games record 26.76 seconds, beating Peaty into silver.

The result was a reverse of the 100 final on Saturday and meant the 26-year-old successfully defended the title he won in Delhi four years ago.

"I look forward to competing with Adam more often," Van der Burgh told the BBC of his 19-year-old rival.

"He's giving the old man a chase for his money. I remember the days when I was young and he's fired me up. I've been complacent in the last two years."

Carlin hit all the right notes More Games records fell when Jazz Carlin hit all the right notes to become the first Welsh woman for 40 years to win a Commonwealth gold medal in the pool.

The 23-year-old stormed to victory in the 800 freestyle ahead of New Zealand’s Lauren Boyle, a former world short course champion, and Brittany MacLean of Canada in a competition-best time of eight minutes and 18.11 seconds.

Carlin is only the second woman from Wales to win a swimming gold at the Games, following Patricia Bevan who won 200 breaststroke gold in 1974 in Christchurch. 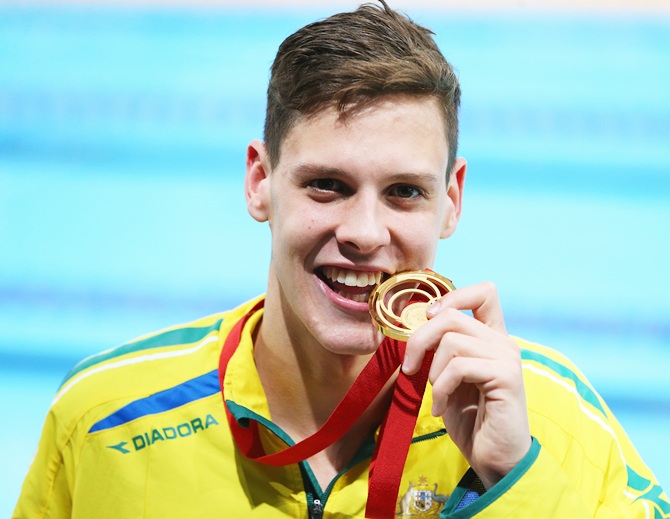 Australia continued their fine form at the Tollcross International Swimming Centre, following 10 medals on Sunday, with a clean sweep in both the men’s 200 backstroke and women’s 100 freestyle finals.

Mitch Larkin added gold to the two backstroke silver medals he has already won in Glasgow, edging out compatriots Josh Beaver and Matson Lawson to ensure a green and gold podium. 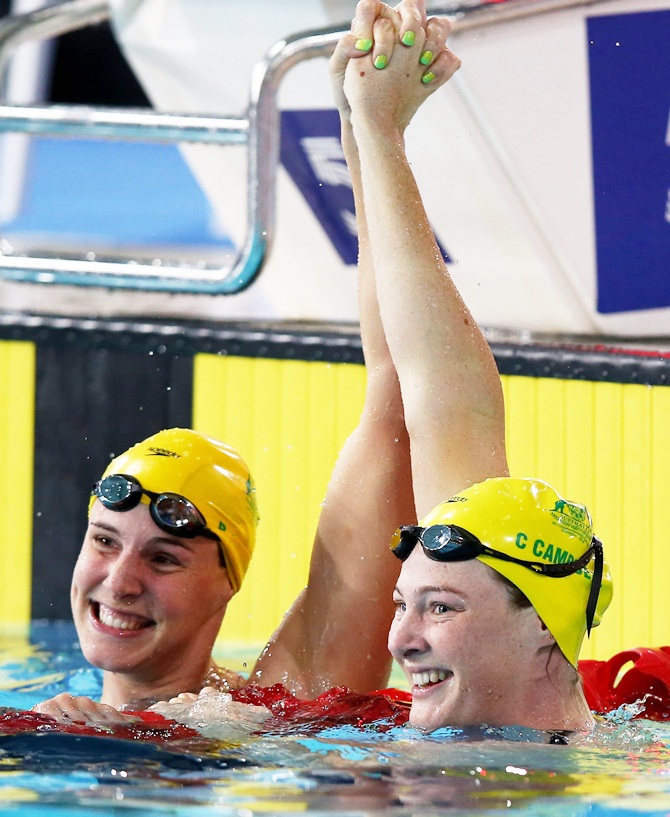 Sisters Cate and Bronte Campbell then led the Australians in the freestyle, winning gold and silver respectively ahead of in-form Emma McKeon. 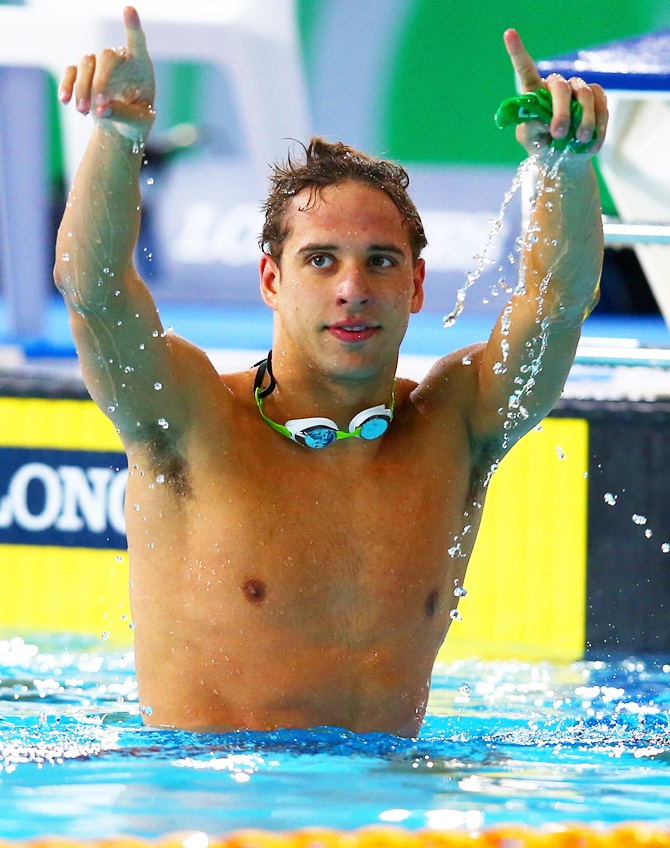 The night ended with South African Olympic 200 butterfly champion Chad le Clos securing another gold and another Commonwealth record by winning the 100 butterfly, adding to the individual gold, silver and bronze he has already won in the pool during these Games.

Bailey-Cole steps out of Bolt's shadow 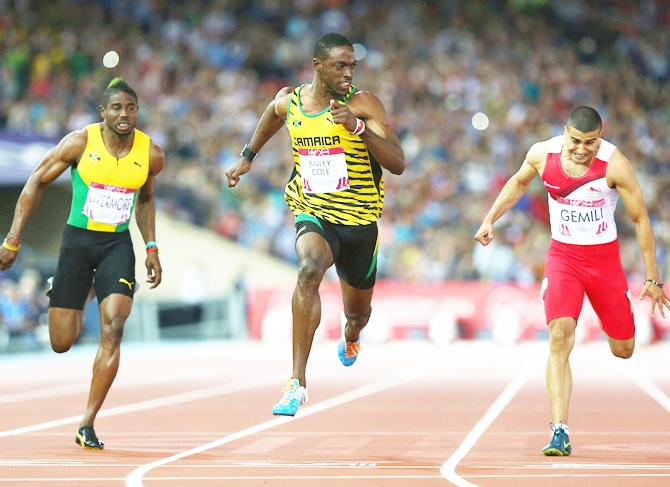 With the six-time Olympic champion and world record holder Bolt only competing in the 4x100 relay after an injury-hit season, the 22-year-old Bailey-Cole seized his chance and sped to victory in a time of 10 seconds flat at Hampden Park.

It all just fell in place for Blessing Okagbare 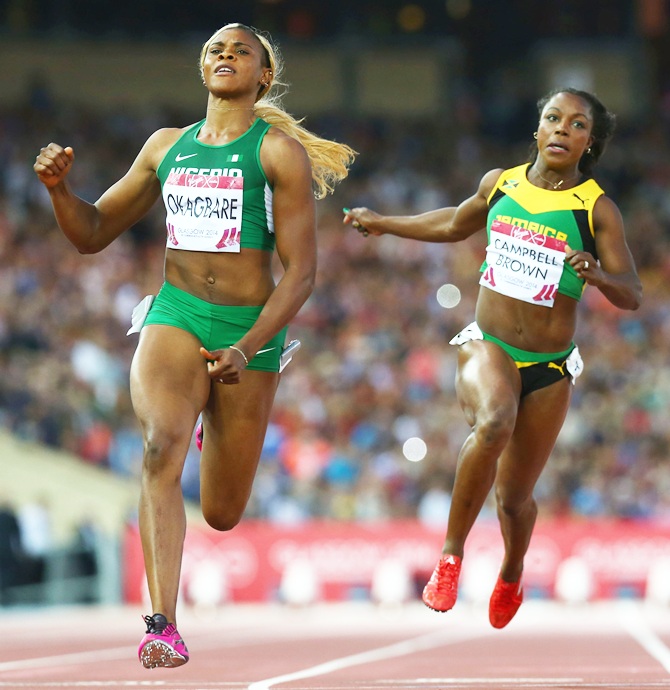 Campbell-Brown, cleared in February of a doping violation which had led to a suspension, was beaten by Blessing Okagbare in the women's 100 final.

The blonde Nigerian stormed to victory in a Games record 10.85 seconds ahead of Campbell-Brown and fellow Jamaican Kerron Stewart. 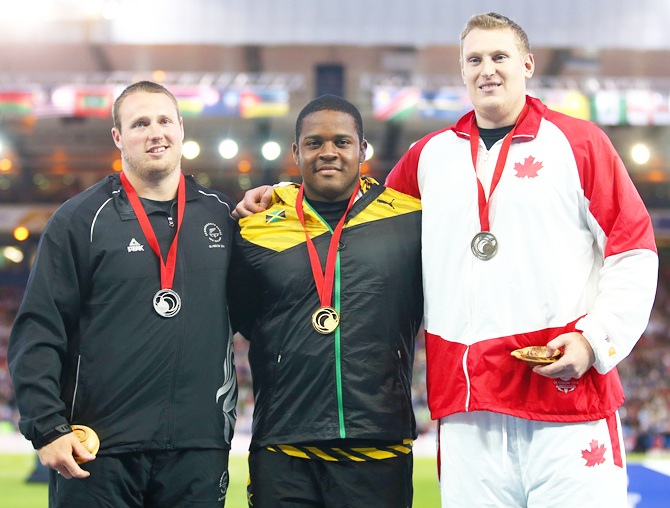 There was, however, further glory for Jamaica when O'dayne Richards scooped gold in the men's shotput while Sultana Frizell of Canada hurled herself to glory in the women's hammer.