Australia grabbed eight swimming medals, including three golds, in a record-breaking session in the Commonwealth Games pool on Saturday.

"In the last 50 metres I couldn't see where I was so I just went for it and tried to hold on."

Australia began the evening well when Grant Irvine claimed the silver behind Olympic champion Chad le Clos of South Africa who retained his 200 butterfly title with a Games record time of one minute 55.07 seconds.

McKeown then stormed to gold, with teammate Sally Hunter snatching silver to ensure an Australian one-two. 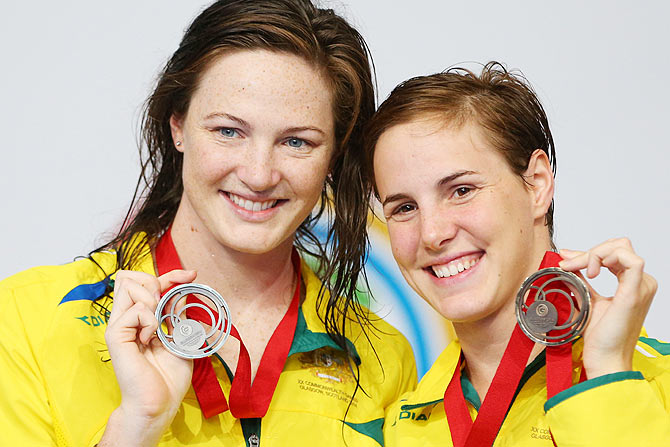 Cate and Bronte Campbell became the first sisters to pick up medals in the same individual swimming event at the Games when they took silver and bronze respectively in the 50 freestyle behind English winner Fran Halsall.

Another gold and bronze followed for Australia when Seebohm edged out Georgia Davies of Wales and fellow countrywoman Belinda Hocking in the 100 backstroke.

Arch-rivals England also enjoyed a good night in the pool with Halsall beating the Campbell sisters in a Games-best time of 23.96 seconds.

Eighteen-year-old Molly Renshaw swam a personal best in her first major final to take the bronze in the 200 breaststroke and Adam Peaty, 19, added to England's tally with a surprise gold and another Games record time in the 100 breaststroke.

Fittingly, the night ended with another record and yet more gold for Australia as they edged out Canada and England in the women's 4x200 freestyle relay.

Australia pedal away to double gold in cycling 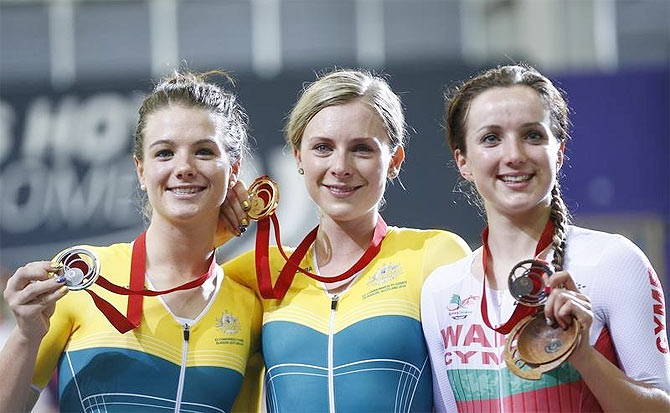 Annette Edmondson and Scott Sunderland won gold for Australia at the Chris Hoy Velodrome on Saturday but England were left subdued after four of their Olympic gold medallists failed to get on the podium.

"I didn't know we had all done so well until I looked on the board and (had) seen the replay,” Edmondson told reporters.

“The aim was to get first and to do anything else was a bonus."

'It was difficult coming in as the reigning champion' 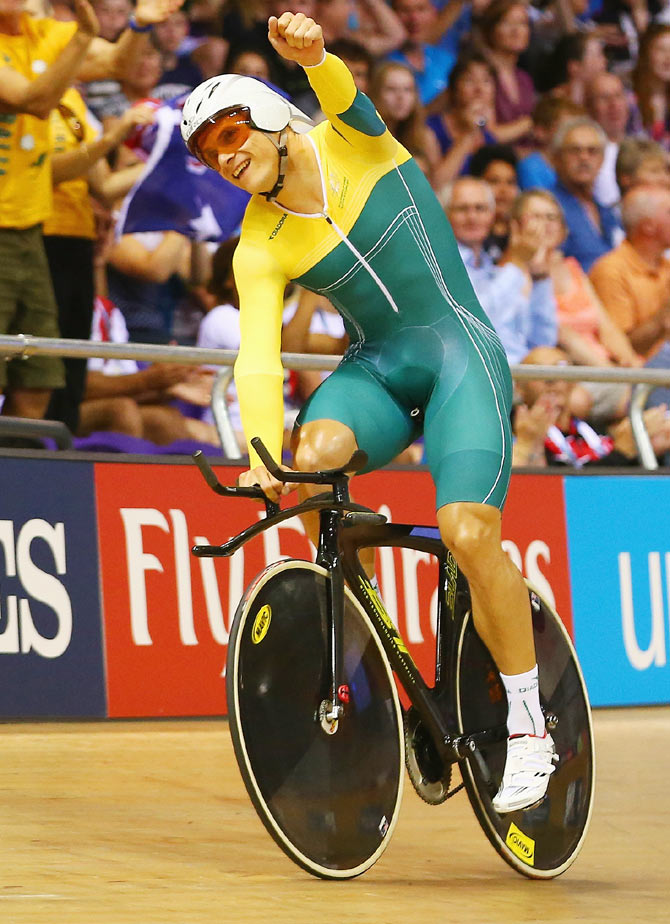 Sunderland took gold in the 1,000m time trial to retain the title he won in Delhi four years ago, while New Zealand duo Simon van Velthooven and Matthew Archibald finished second and third.

England's Ed Clancy, a gold medallist in the team pursuit at London 2012, had to settle for fourth.

"It was difficult coming in as the reigning champion. I had really good form and training," Sunderland said.

"It was certainly difficult coming into the last lap. I started to get really light-headed. The crowd were really cheering me on but I didn't know what my time was.

“It took me a lap to realise I had won. I could half see the numbers and I was scanning up and down. The time I rode was spectacular, I felt."