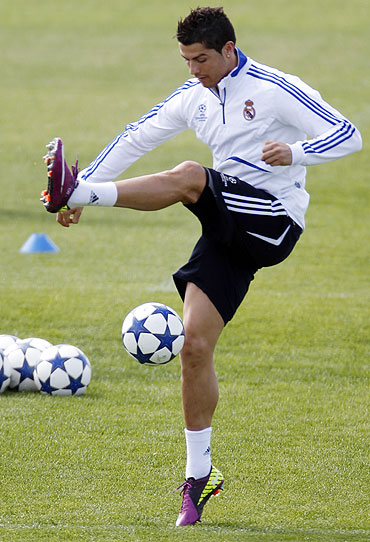 Real Madrid make their first appearance in the Champions League quarter-finals for seven seasons on Tuesday, when their former talisman Raul will lead the line for his new club Schalke 04 at holders Inter Milan.

Nine-times winners Real have Cristiano Ronaldo back from injury for their first leg at the Bernabeu against English Premier League club Tottenham Hotspur, who are making their debut in the modern version of Europe's elite club competition.

Jose Mourinho's Real side need to bounce back from a shock 1-0 home loss to Sporting Gijon in La Liga on Saturday.

The defeat spoiled their perfect home record in the domestic league this season of 14 wins out of 14 and ended coach Mourinho's nine-year unbeaten run in home league games with Porto, Chelsea, Inter Milan and Real.

'Mourinho is one of the all-time greats' 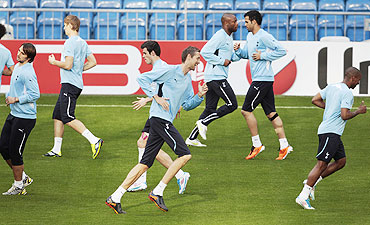 "We often go home on a Saturday losing at home and he hasn't done it for nine years," Tottenham coach Harry Redknapp said. "So now he knows how the rest of us feel."

Schalke's Spanish striker Raul, discarded by Real at the end of last season, bids to extend his two records -- 138 Champions League appearances and 69 goals in the competition -- at the San Siro.

Inter coach Leonardo, who has taken the helm at the club Mourinho led to Champions League glory last term, said the 33-year-old remained a threat.

"He's one of the all-time greats," the Brazilian said. "He chose to leave Madrid for another country and is still dictating things."