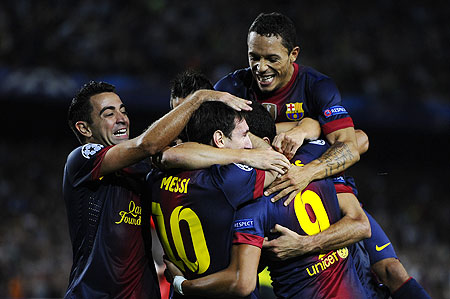 Chelsea found a new Champions League hero as Brazilian Oscar scored twice for the holders in a 2-2 draw against Juventus and Barcelona had yet another command performance from Lionel Messi to thank for a 3-2 win over Spartak Moscow on Wednesday.

Bayern Munich banished some demons in their first European fixture since their bitter final defeat by Chelsea in May with victory over Valencia and Manchester United, with plenty to prove after last season's woes, also began with three points.

Barcelona were heading for their first Champions League defeat at the Nou Camp for 17 matches when a Dani Alves own goal and Romulo's 59th-minute effort put Spartak 2-1 ahead in the Group G game but Messi restored order with his 52nd and 53rd goals in the competition.

"Things got complicated but we kept pressing and we managed to turn it around," Messi told Spanish television having spared the blushes of coach Tito Vilanova in his first Champions League game since following the glittering reign of Pep Guardiola. 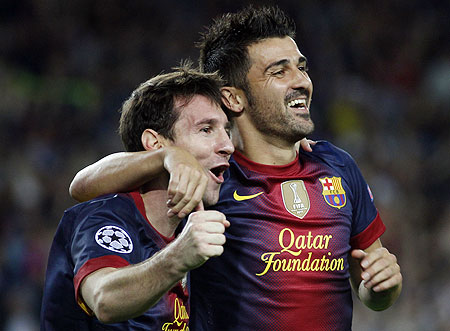 While Oscar may be the latest south American to light up the Champions League, Messi is undeniably the main man.

Without him Barcelona may have suffered another Russian uprising in the Nou Camp as Spartak threatened to become the first side to win there in the Champions League since Rubin Kazan returned east with a victory in 2009.

Cristian Tello, scorer of the game's opening goal, set up Messi's equaliser and the Argentine maestro then headed the winner from a cross by substitute Alexis Sanchez, taking his Barca tally to an astonishing 109 goals in 100 official matches. 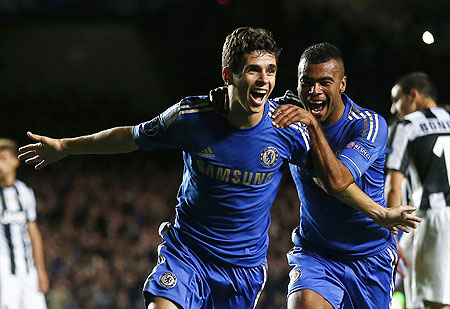 Oscar's first taste of Champions League football since joining from Internacional will linger long after he fired the London club into a 2-0 lead, the second of his goals a rare gem, but Juventus ruined his script, hitting back to earn a point in the Group E opener through Arturo Vidal and Fabio Quagliarella.

Didier Drogba, the man whose goals finally ended Chelsea's long wait for Champions League glory, is no longer in their ranks but the Stamford Bridge faithful roared their approval as Oscar grabbed centre stage.

The Brazilian's deflected shot beat Gianluigi Buffon after 31 minutes and while there was an element of luck about that effort, his second two minutes later was a moment of magic.

Turning sharply into space on the edge of the area, he curled an audacious shot into Buffon's top corner.

'We feel a little bit deflated' 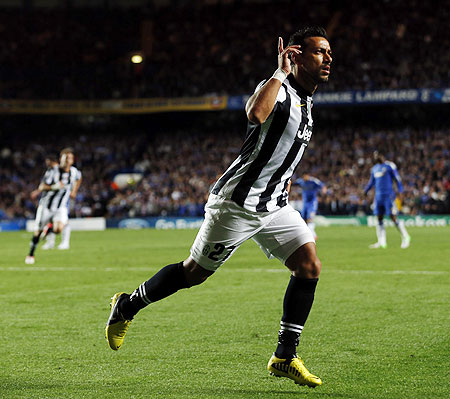 Despite Oscar's electrifying first start for Chelsea since his 25 million-pound move, Juventus showed their resilience and returned with a deserved share of the spoils.

"We were waiting for the right game to put him in the team. His second goal was fantastic.

"We feel a little bit deflated. We were ahead and have come away with a draw, but now we move on to the next game."

'We were careless in the first half' 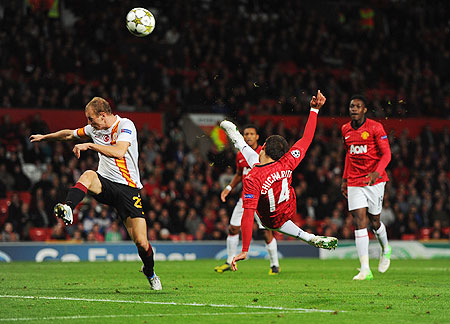 Manchester United began Group H with an unconvincing 1-0 victory over Galatasaray but the home jitters that cost them a place in knockout round last season were evident again as their Turkish opponents were denied by the woodwork three times.

The hosts failed to build on Michael Carrick's early goal and Nani's 53rd-minute penalty miss added to the nerves.

Nordin Amrabat and Hamit Altintop hit the woodwork for the Istanbul club before halftime while Selcuk Inan shaved the post for the visitors after the break.

"Three points in the opening game are very important, especially when you look at what happened to us last season," United boss Alex Ferguson, whose side drew at home to Basel and Benfica last season, told Sky Sports.

"We were careless in the first half, it was unusual for us to be so frivolous with the ball," Ferguson said after overseeing United's 100th Champions League win. 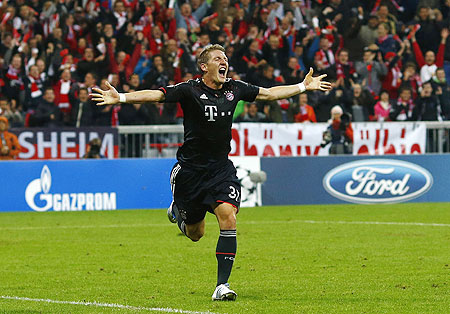 Bayern enjoyed a 2-1 victory over visiting Valencia in Group F with Bastian Schweinsteiger, who missed a vital kick in the penalty shootout defeat by Chelsea in May, and Toni Kroos on target for the Bundesliga club.

BATE, the champions of Belarus, earned a first ever group stage win when they beat French side Lille 3-1 away in Group F.

Romanians Cluj impressed in a 2-0 victory at Portuguese side Braga with Rafael Bastos returning to score twice before halftime against his former club.

Scottish side Celtic drew 0-0 at home to Benfica on their return to the group phase for the first time since 2008. Danish newcomers Nordsjaelland got a taste of the challenges to come when they were beaten 2-0 by Ukraine's Shakhtar Donetsk.