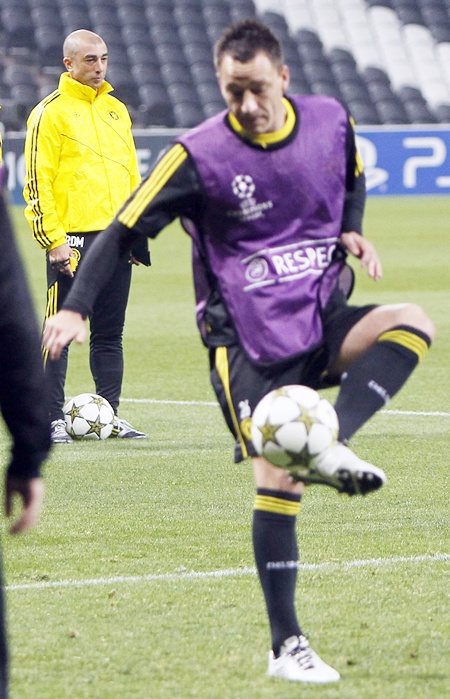 Captain John Terry will be back to plug Chelsea's porous rearguard on Wednesday when the holders bid to avenge last month's defeat by Shakhtar Donetsk and wrest back control of Champions League Group E.

The Londoners shipped 10 goals in the four games that centre half Terry missed after he was suspended for racially abusing Queens Park Rangers defender Anton Ferdinand.

"John is an important player for us for sure and a fantastic defender and when he plays he always does very well," coach Roberto Di Matteo said.

"The other players have done fantastic jobs when they have come in but certainly JT is a player that we miss."

Terry and his fellow defenders will need to be at their best against a classy Shakhtar side who gave Chelsea the run-around for long spells to win 2-1 in Ukraine two weeks ago.

Di Matteo's team started the season in sparkling fashion, winning seven of their opening eight games in the Premier League, but confidence has taken a knock since the defeat in Shakhtar.

Chelsea went down 3-2 at home to Manchester United five days later before they turned the tables on their Old Trafford rivals by beating the former European champions 5-4 in a League Cup thriller at Stamford Bridge on October 31.

This is like a final for us if we want to finish first in our group: Mata 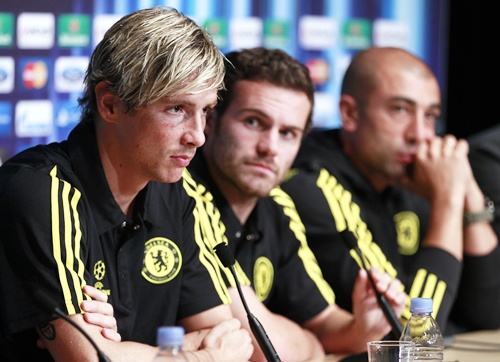 Di Matteo was then without Terry, Frank Lampard, David Luiz and Juan Mata for last Saturday's disappointing 1-1 draw at Swansea City that meant Chelsea were knocked off the top of the Premier League table by United.

Spanish playmaker Mata has been in good form this season alongside midfield newcomers Oscar and Eden Hazard and he is the club's leading scorer with seven goals.

Mata missed the game at Swansea with a hamstring strain but should be fit to return against Shakhtar at Stamford Bridge.

Chelsea are three points behind the Ukrainians at the top of the group and, with a tricky visit to third-placed Juventus to come later this month, they need a victory on Wednesday.

"This is like a final for us if we want to finish first in our group," Mata said on his blog. "In Ukraine, Shakhtar proved to be a top team able to beat anyone.

"Even so we always have great support at the Bridge and I'm confident we will get a victory to face the last two games in a good position."

'It is hard for players to show their best' 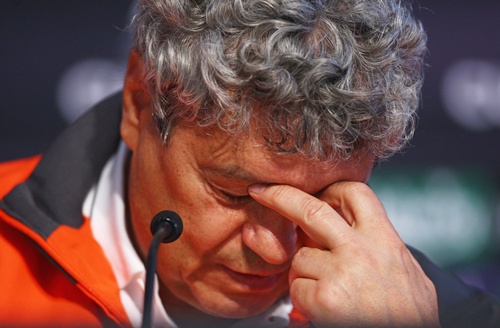 Romanian coach Mircea Lucescu rested several players as runaway leaders Shakhtar made it 14 wins from 14 games this season in the Ukrainian league by beating Metalurg Zaporizhya 2-0 on Saturday.

Influential Brazilians Luiz Adriano, Willian and Alex Teixeira started on the bench but all came on with 30 minutes to go.

"It was very important for those three to have some game time," said Lucescu after his side chalked up a 30th victory in a row in their domestic league.

"It is hard for players to show their best when the next game is the one that awaits us in London. I am thinking of that game all the time," added Lucescu.