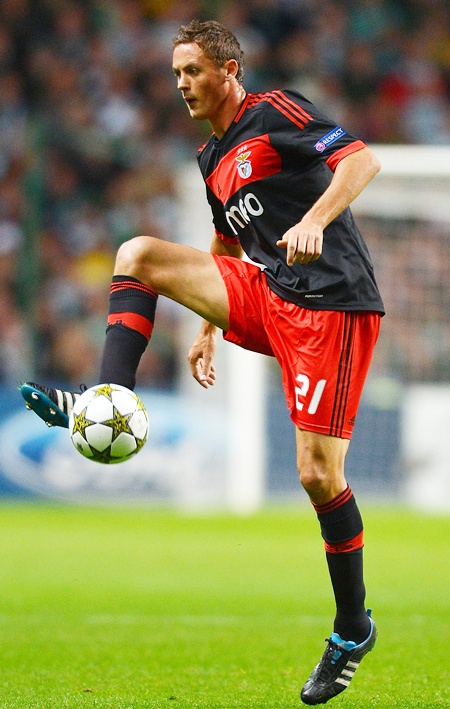 Benfica will rely on little-known duo Nemanja Matic and Enzo Perez, who have played only a handful of games since signing in 2011, to lead the Portuguese league leaders against the vast talents of Barcelona in the Champions League on Tuesday.

Lanky Serb Matic, brought in to the holding role and Argentine Perez, a winger who has adapted to centre midfield, have been elevated to the first team since the departure of top midfielders Javi Garcia and Axel Witsel over the summer.

Benfica fans despaired when Garcia signed for Manchester City and Witsel for Zenit St Petersburg, crying out against the club's transfer policy and questioning the depth and balance of the squad, said to be too flooded with attackers and lacking enough defenders and midfielders.

But since Benfica took the Portuguese Premier League lead and grabbed a goaless draw at Celtic Park in the Champions League first round, the pessimism has faded and a good result against Barcelona would go a long way to win back the fans.

In the Champions there are always surprises: Jesus 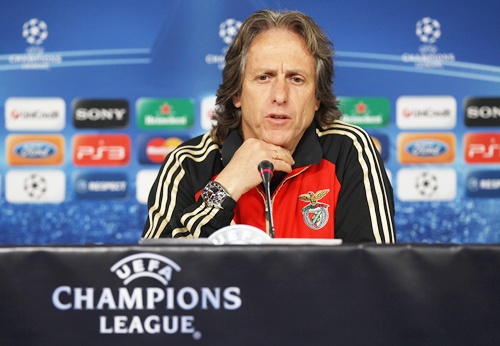 Benfica coach Jorge Jesus will face his sternest test so far in the Group G clash, though buoyed by how Sevilla twice exposed the Spanish team's makeshift defence in Saturday's La Liga thriller, he believes Barcelona are there for the taking.

"In the Champions there are always surprises. Last year we drew against Manchester United twice. We got through and they did not: this is football. There are no invincible teams and, in a good day for us or a bad day for them, we can win," said Jesus.

"Barcelona are not only the favourites in the group, but also to win the Champions. In theory, Celtic, Benfica and Spartak can conquer the other (qualifying) spot.

Vilanova unperturbed by the latest scare 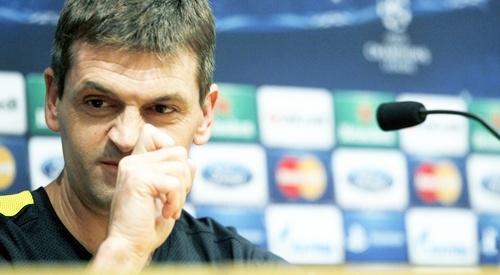 With Carles Puyol and Gerard Pique out injured, Barca coach Tito Vilanova deployed new signing Alex Song at centre back alongside fellow converted midfielder Javier Mascherano and they were each at fault as Sevilla opened a shock 2-0 lead at the Sanchez Pizjuan.

Barcelona went on to win 3-2 deep into extra time but it was the second time they have had to come from behind in La Liga this season and they went 2-1 down to Spartak Moscow in their Champions League opener two weeks ago before Lionel Messi scored twice to rescue his side.

New signing Lima will spearhead the attack and threaten Barcelona with his explosive runs and fierce shots, the Brazilian taking over from Paraguay's Oscar Cardozo, who is out having suffered a knock.

Vilanova was unperturbed by the latest scare for his supremely talented side.

"It would be better not to suffer but it's important to have the capacity for sacrifice and to want to keep competing," said Vilanova, in his first season in charge after taking over from Pep Guardiola at the end of last term. 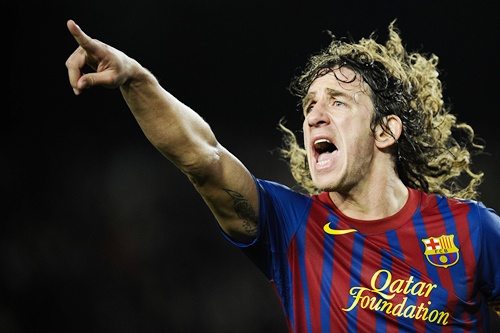 "A team that fights back to turn games around shows it has the desire to keep winning," he added, as Barca extended their perfect start to the La Liga season with a sixth straight win.

There was good news for Vilanova on Sunday when Puyol, midfielder Andres Iniesta and fullback Adriano were given the all-clear by medical staff and included in the squad for the trip to Portugal.

Promising Spain under-21 playmaker Thiago Alcantara was left out after damaging ligaments in his left knee in the Sevilla game.