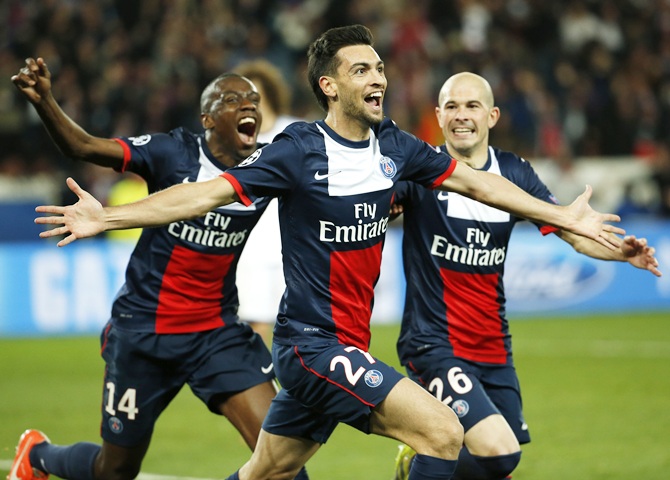 Pastore, on as a late substitute, cut in from the byline, evading a number of Chelsea defenders before beating ’keeper Petr Cech at his near post. The Argentine’s goal acted like a stinger.

It prompted incredulous Chelsea manager Jose Mourinho to label the goal ‘a joke’ in his post-game news conference. “The third goal was a joke,” said the Chelsea manager. “It was not a goal, it was a joke.” 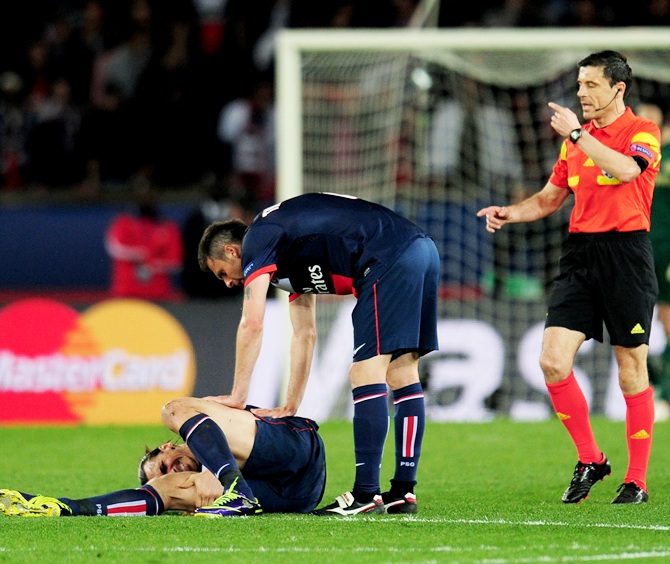 It was a positive result for PSG but their star was dimmed. Zlatan Ibrahimovic, who has scored 10 goals in the competition this season but has yet to win the tournament, was unusually quiet with the Sweden striker outshone by the impressive Lavezzi.

He was merely seen in flashes. PSG could be without their talismanic striker for next week's return at Stamford Bridge after the Swede trudged off clutching his right thigh 20 minutes from time. 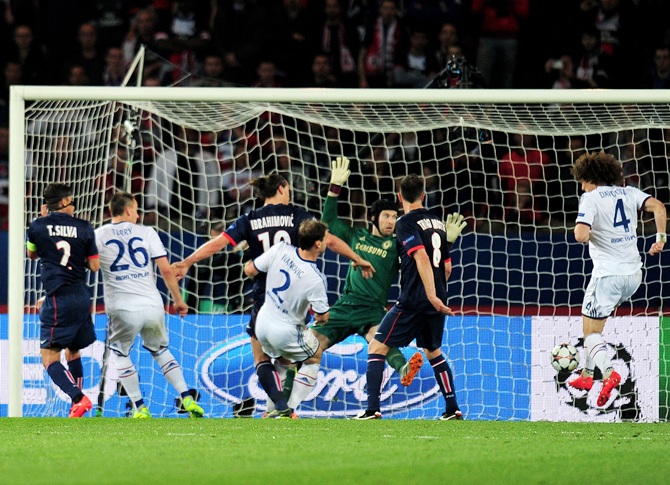 Image: David Luiz,right, of Chelsea scores an own goal to give PSG a 2-1 lead
Photographs: Shaun Botterill/Getty Images

Chelsea has the reputation of a big game team. Champions League is their battle ground.

But did the team cave in on Wednesday night? They were below par in a big game. Which raises the question whether the team’s confidence is rocked or the tiredness of a long season is seeping in?

Their manager, Jose Mourinho, echoed the sentiments by saying, "We made defensive mistakes so we paid the price." 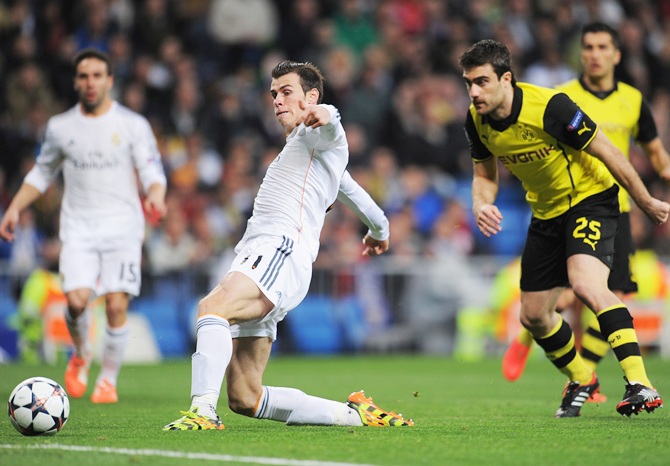 Bale proving his worth

Wales winger Gareth Bale poked the ball into the net in the third minute at the Bernabeu to put Real ahead.

Bale took one touch and then did well to stretch out a leg and poke the ball past onrushing Dortmund goalkeeper Roman Weidenfeller into an empty net. Buoyed by the goal, the home side started to dominate.

Many doubted whether the former Spurs player was worth his price tag but he is certainly not disgracing himself with his recent superlative performances. 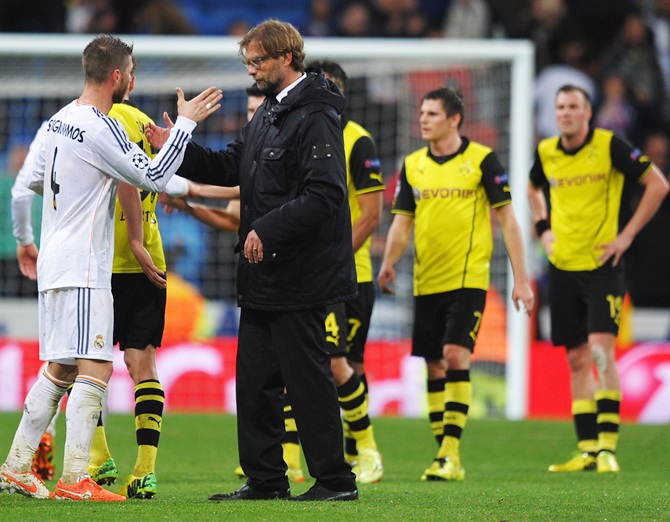 One can sympathise with Dortmund

Borussia Dortmund is the same team who beat Real 4-1 in Dortmund in the first leg of last term's semi-final before going through 4-3 on aggregate. But with most of their players injured, they were not the same team.

Against a superior Real Madrid, they had little hope of emulating their last year’s achievement.

Not to forget that the side have lost their best players to bigger clubs. One can only sympathise with them.