Lalitha Prasad (49kg), Sandeep Sharma (75kg) and Narender Berwal (+91kg) assured themselves a medal after advancing to the semi-finals of the the AIBA Youth World Championships at Yerevan, Armenia.

Out of four Indian boxers who made it to the round of eight, three entered the last four stage of the championship.

This will be India's best medal haul in the competition in terms of numbers. In the previous edition of the championship in 2010, India clinched a gold and a silver.

Coach G Manoharan is confident this will be India's best performance both in terms of numbers as well as the colour of the metal.

"The boys have done really well, beating some tough opponents to make it to the semi-finals. The upcoming bouts will not be easy but I am sure we will be able bag at least two gold medals and better 2010's performance," he said.

The 18-year-old Berwal put pressure on the Russian from the beginning with his aggressive intent.

Kabatov seemed completely out of sorts against the power play of the Indian, who raced to a 7-2 lead with his quick counter jabs and combinations after the opening three minutes of play.

He then pressed on to increase the margin and made it a nine point game, 14-5. By the end of the second round it was clear that the Indian was about to pull off an upset. He went on to beat Ivan by a margin of 10 points, 19-9.

Berwal will next take on Germany's Florian Schulz, who eliminated another favourite Yohandi Toirac of Cuba.

"Narender gave a good account of his boxing skills. He was exceptional with his blocking and attacking play, plus his footwork was also very good," said Manoharan.

Prasad edged past Kosie Tanaka of Japan in what was a tactical fight. He will face Bin LV of China for a place in the final of the flyweight category on Thursday.

Sandeep overpowered Azizjon Mamatov of Uzbekistan in a one-sided affair. The 17-year-old Haryana lad will be up against European Youth Championships silver medallist Magomed Madyiev of Russia.

However, Dheeraj Singh (52kg) came agonizingly close to qualifying for the medal rounds but crashed out of the round of eight after losing to Cuban boxer Jorge Cordero.

A silver medallist at the 2012 Tammer International tournament, Dheeraj was slow to get off the mark and Cordero took complete advantage of it. The sluggish start put him on to the back foot and he eventually lost 8-11. 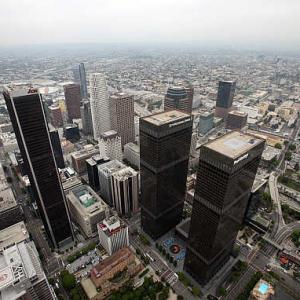