WTA tournament: Sania-Mattek knocked out in first round

Sania Mirza ended her Olympics build-up on a disappointing note as she suffered a first round exit from the WTA Premier event in USA along with her American partner Bethanie Mattek-Sands, in Carlsbad, USA on Tuesday.

The unseeded Indo-American pair fought hard before losing 7-5, 4-6, 5-10 in one hour and 56 minutes to Chinese Taipei combination of Hao-Ching Chan and Yung-Jan Chan in the $740,000 hard court event.

It was a roller-coaster contest for Sania and Bethanie as they fought back to win the first set as after trailing 2-4 at one stage.

Hiwever, they failed to carry the momentum and allowed the Taipei pair to draw parity before and losing the match in a tie-breaker.

It was last tournament for Sania before she heads to London for the Olympics on July 23. 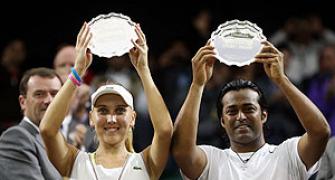 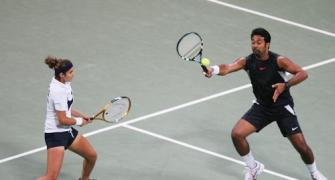 'India have good chance of a medal in mixed doubles' 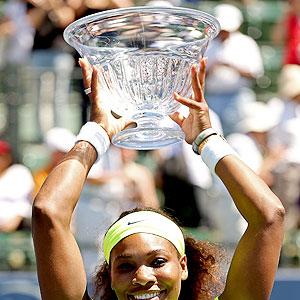 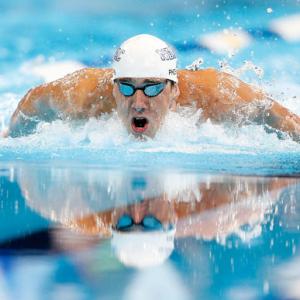 The most decorated Olympic athletes ever