WTA Mumbai Open: Lisicki, Vickery crash out in Round 1 Sabine Lisicki, the 2103 Wimbledon runner-up and former World No. 12, now on a comeback trail, found the going too tough against eighth seed Nao Hibino of Japan, losing in three sets in a first round match of the L&T Mumbai Open WTA $125K Series at the CCI courts, in Mumbai, on Tuesday.

Sabine began proceedings in confident style, breaking her opponent at 3-3 and then at 5-3 to wrap up the first set. However, the diminutive 23-year-old Japanese, ranked 123, was not ready to give up yet and after games had gone with serve, she broke Lisicki for a 5-3 lead.

Nao survived some anxious moments and also staved off two break points herself before winning the second set 6-4 to take the tie into the decider, where she got the crucial break in the 7th game for a 4-3 lead and then held serves to win it 6-4.

"I played her in Taipei earlier this year when she came back from injury and I was not aggresive then but this time i was prepared and attacked her from the start. Breaking her early in the first set proved curical as I had imbalanced her game and was able to move her around the court, she has got one of the best serves and I stood deep in the baseline to tackle her serves which gave me an edege over her," said Hibino after the match.

The day’s proceedings opened with third seed Sachia Vickery being shown the door by Israel’s Deniz Khazaniuk, ranked a modest 252, once again after winning the first set. Sachia was in dominant form in the opener after both players shared early breaks of serve. She went on to break Deniz twice to wrap up the set 6-2, hitting her forehands and backhands down the line with telling effect.

However, it was clear she was struggling physically. The second set also saw players trading a break of serve each before holding serves till 5-5. Deniz got the crucial break in the 11th game and then served out the second set to take the match into the decider.

A spent Sachia could not do much in the decider and was broken thrice, before conceding the tie when 1-5 down, having won back a break of her own.

"I was struggling because of my knee injury and have not played any tournaments in the last two months," said the American, currently ranked 96 in the world.

There were no such woes for second seed and last year’s runner-up Dalila Jakupovic of Slovania, who got past Russia’s Veronika Kudermetova 6-4, 6-1.

Indian players will see action on Wednesday, with Karman Thandi taking on top seed Zheng Saisai at the centre court at 4pm IST. Ankita Raina is expected to come on to centre court around 8.30 pm. when she faces Rutuja Bhosle. 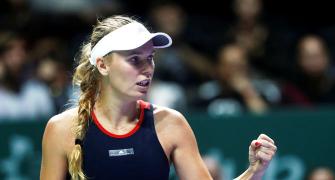 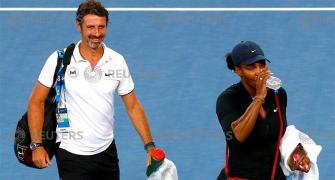 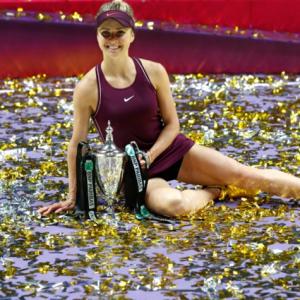