IMAGE: The quiet and shy Ravi Dahiya, son of a farmer, is the third Olympian from the village of Nahri after Mahavir Singh (1980 Moscow, 1984 Los Angeles) and Amit Dahiya (London 2012). Photograph: Twitter

Can the fortunes of a village be linked to the success of an Olympic wrestler? Well, at least the 15,000 odd people living in the Nahri village in Sonepat district reckon so.

A village, struggling to get potable drinking water, get just two hours of electricity supply, does not have proper sewage lines and in the name of amenities, has just one veterinary hospital to show, desperately wants Ravi Dahiya to return from Tokyo with a medal.

The quiet and shy Ravi, son of a farmer, is the third Olympian to emerge from this village after Mahavir Singh (1980 Moscow, 1984 Los Angeles) and Amit Dahiya (London 2012).

But why do the villagers think that Nahri's fortunes will change if the 24-year-old Ravi wins a medal?

Here’s the backstory: When two-time Olympian Mahavir Singh was asked by the then Chief Minister Chaudhary Devi Lal what was his wish after he represented the country at the Olympics, he requested an animal hospital in the village. The CM obliged and a hospital was established.

The villagers now have a firm belief that if Ravi does well in Tokyo, the government could gift Nahri some development projects, a village where 4000 families reside.

"This village has given the country three Olympians. There is something in the soil of the land. We are sure Ravi will win a medal and with his success, the development of the village will also begin," said Sunil Kumar Dahiya, the Sarpanch of Nahri.

"There is no good hospital here. We have to go to Sonepat or Narela. There is no stadium. We have built a mini stadium but there is no mat, no academy, no coach. If there are facilities, the kids of this village can get better lives."

The villagers have pinned their hopes for development on Ravi, whose success has much to do with the sacrifices and moral guidance of one man -- his father Rakesh Kumar Dahiya.

Rakesh has toiled hard in the farm fields, taken on lease, for years, and never let the struggles come in the way of Ravi's training.

Rakesh would himself carry milk and butter to Chhatrasal Stadium, about 60kms from Nahri, every single day to ensure that his son gets the best diet.

The routine meant Rakesh would wake up 3:30 am, walk about 5kms to the nearest railway station, get down at Azadpur and then walk another 2kms to the Chhatrasal Stadium, where Ravi trained under Mahabali Satpal.

After returning home, Rakesh would work in the fields. This continued for 12 years till the COVID-19-induced lockdown halted the routine in 2020.

Rakesh ensured that Ravi learns to respect the sacrifices his family has made. He narrated an incident when he made Ravi eat white butter that he had spilled on the floor by mistake.

"His mother made butter for him and I was carrying that with me in a bowl. Ravi titled the bowl to get rid of the water and ended up spilling all the butter in the ground.

"I told him that ‘we manage your diet with great difficulty and you must be careful, you can’t let it go waste’. He had to pick the butter from the ground and eat," Rakesh said with pride in his eyes that he taught his son a valuable lesson.

Ravi was six years old when his father introduced him to the sport. He would carry with him to fields, where his friend Hansraj ran an akhada.

"He has dreamt of winning an Olympic medal since the beginning. He knows nothing else," said Rakesh.

Ravi's uncle Anil Dahiya, who is a constable in Delhi Police, mirrored the thought.

"One day, when he was back home, I asked him to learn the motorcycle but he refused, saying he does not need it. Well, he is a young guy but nothing interests him except wrestling. He does not want to buy new clothes, shoes, nothing, all he talks about is wrestling," Anil.

IMAGE: Wrestler Ravi Kumar Dahiya beat Yuki Takahashi of Japan 6-1 to enter the semi-finals of the 57kg event at the World Championships in 2019 to become the second wrestler after Vinesh Phogat to qualify for the Tokyo Games. Photograph: SAI Media/Twitter

His consistent focus has now seen him become a two-time Asian Champion. He booked his Olympic ticket by winning a bronze at the 2019 World Championship.

While Ravi may be a shy, what he can't tolerate is cheating and can be very aggressive.

"At the 2016 Delhi senior state championships, his rival deliberately broke the middle finger in his right-hand. He was in tremendous pain. But he told me 'competition main ab lad nahi payunga par chacha, iss ko to hara k hi chhodunga.' And he beat him before withdrawing," he said.

Villagers of Nahri also vouch for Ravi’s father's honesty and strongly believe that his good deeds are also helping his son.

In 2018, the wheat harvest in 10 out of Rakesh's 20 'keela' was burnt due to a fault of the tractor supplier. While other villagers extracted compensation of Rs 15000 per ‘keela’ from the supplier, Rakesh did nothing of that sort.

"'Jo hua so hua', I could not demand money from him. And the villagers now think God has rewarded me by giving success to Ravi," he said.

Nahri has seen both Amit Dahiya and Ravi battle it out on foreign lands by using the batteries of their tractors.

Ravi's uncle Rajesh, who is an Assistant Commandant in the BSF, tells an interesting story.

"Since we would not have regular electricity supply, we would gather around the farm tractors and use the tractor battery to get current for the television set. That’s how we watched the 2012 Olympics on Doordarshan.

"Now there are inverters and we also watch bouts on UWW website, using our mobile phones. We watched the 2015 World Championship also like this," said Rajesh

Only time will tell if Ravi will return from Tokyo with a medal, but Nahri’s hopes are squarely on his shoulders as they wait with bated breath. 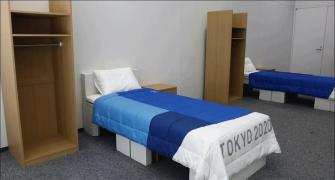 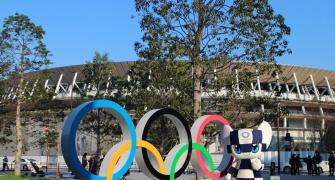 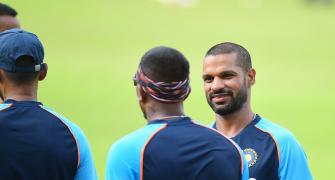 2nd ODI: India will aim to stamp authority over Lanka 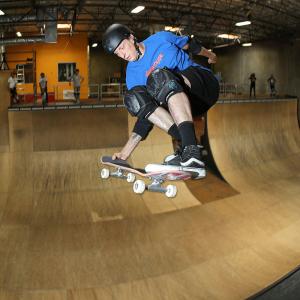