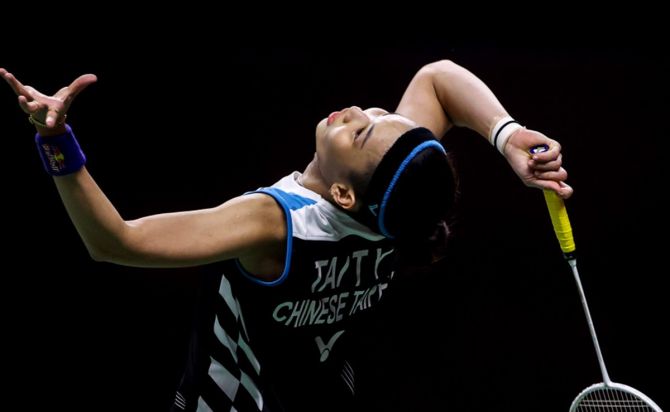 Star Indian shuttlers P V Sindhu and Kidambi Srikanth fought their hearts out before suffering close defeats in their respective group 'B' openers at the US$ 1.5 million HSBC BWF World Tour Finals, in Bangkok, on Wednesday.

A week after a demoralising defeat at the Toyota Thailand Open quarter-finals, World champion Sindhu produced a much-improved performance but still lost to world number one Tai Tzu Ying of Taiwan 21-19, 12-21, 17-21.

"It was a good match, there were no easy points. In the third game I came back and it was just one point difference at one stage. I broke my racket strings twice (during rallies) and that made a difference," Sindhu said.

It was Sindhu's 16th defeat to Tzu Ying in 21 meetings.

Olympic silver medallist Sindhu, who had won the prestigious title in 2018, will next play home favourites Ratchanok Intanon, who had handed her a humiliating defeat last week, while Srikanth, ranked 14th, will face fourth seed Wang Tzu Wei of Chinese Taipei on Thursday.

In the women's singles, the opening game was a close fight as Sindhu and Tzu Ying engaged in an enticing battle.

Tzu Ying led 5-3 early on before grabbing a 11-8 advantage at the interval as Sindhu lost a few points on the net.

After the break, Tzu Ying jumped to a 14-10 lead with Sindhu making an error in her judgement at backline and also the Taiwanese producing a backhand cross court return.

Sindhu drew parity at 16-16 with a run of points, highlighted by a crisp cross court slice and a backhand return.

Tzu Ying again moved ahead but two precise smashes helped the Indian make it 19-19 as she grabbed the game point with another precise return that kissed the backline.

Sindhu then played a cross court return at the net which her opponent couldn't reach, gaining the upper hand in the match.

Tzu Ying zoomed to a 6-0 lead in the second game. Sindhu managed to reduce the deficit to 3-7 before the Taiwanese unleased a couple of drops and a smash to make it 9-4.

Two unforced errors from Sindhu handed an 11-4 advantage to her rival at the break. Tzu Ying continued to dominate to move to 19-9 before winning the second game with a cross court return.

In the decider, Tzu Ying again led 6-3 but she stumbled to defensive errors as Sindhu levelled the score with a smash.

However, the second seed Taiwanese held a 11-9 lead at the break after Sindhu made another error at the backline.

After the change of sides, Sindhu managed to keep the two-point difference till 13-15 before a lucky net cord and a weak return at the net by Sindhu gave Tzu Ying a 17-13 lead.

Sindhu narrowed it to 16-18 and then 17-19 before Tzu Ying sealed the contest with the Indian going to the net twice.

Making his fourth appearance at the season finale, Srikanth jumped to 7-1 early on but a few unforced errors helped Antonsen to make it 4-7.

The Danish player won a long 35-shot rally before Srikanth caught him off guard in the front court before gaining a three-point advantage at the break.

Antonsen drew parity at 12-12 with a smash but Srikanth played a magical return to move to 14-13 and then a backhand flick took him to 16-13.

A couple of smashes helped Srikanth to reach 19-13 and soon he grabbed five game point opportunities and sealed it with his rival going wide.

In the second game, Antonsen erased a 0-2 deficit to make it 5-2 with some superb shots from the front court. The Danish gained a four-point advantage at the interval following Srikanth wide return.

Srikanth showed good front court skills to narrow it down to 15-16 before missing the line with his smash. The Indian lost a point at the net and then went wide as Antonsen unleashed a jump smash to grab four game points and converted it with an acccurate shot at the backline.

In the third game, Srikanth enjoyed a two-point advantage at the interval but he made too many unforced errors to allow Antonsen level par at 13-13.

Two sensational rallies ensued with both the players winning one each before Antonsen reeled off four straight points to grab three match points, which he converted easily to seal the match. 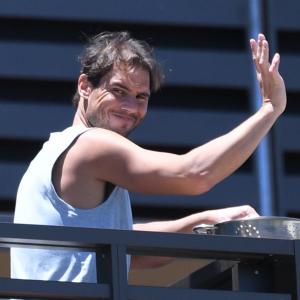