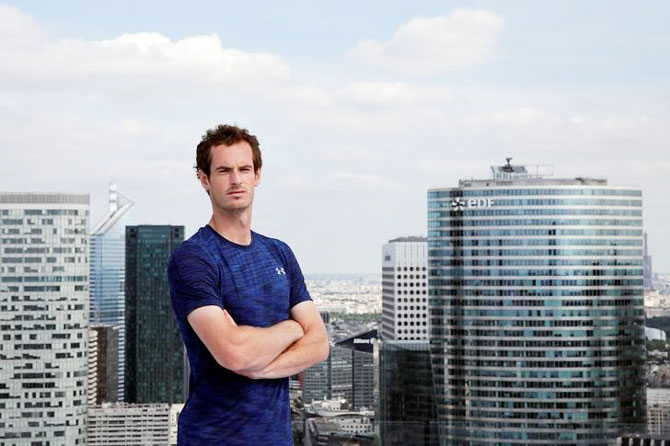 IMAGE: Andy Murray poses for a photo at a promotional event for the upcoming French Open tennis tournament at the financial and business district of La Defense, west of Paris, France, on Wednesday. Photograph: Benoit Tessier/Reuters

Britain's Andy Murray, who has suffered a dip in form this year, said on Wednesday it had been hard at times for him to stay motivated since he became world number one last year.

Appearing at a promotional event in Paris with French Olympic judo champion Teddy Riner, who has dominated the men's +100kg category in his sport for years, Murray praised Riner's motivation to stay at the top for so long.

"I got to number one in the world at the end of last year and there's been some times this year where it has been difficult to keep up the motivation and set new goals," Murray said.

With the French Open starting on Sunday, three-times grand slam winner Murray looks a pale imitation of the player who won his last 24 matches of 2016 to knock Novak Djokovic off his pedestal and seize power in men's tennis.

Not since Pete Sampras in 1999 has a world number one had a worse start to a year, with Murray's win percentage at a fairly modest 70.8 percent.

The Scot said the last few months had been difficult and he had had some problems with his elbow early in the year.

"But over the last seven, eight years of my career I always wanted to perform my best and play my best tennis at the grand slams and that's still the case now," he said.

"I always feel extra motivation when I come to a slam even if I have been playing badly," added Murray, who said he hoped for a good tournament in Paris. 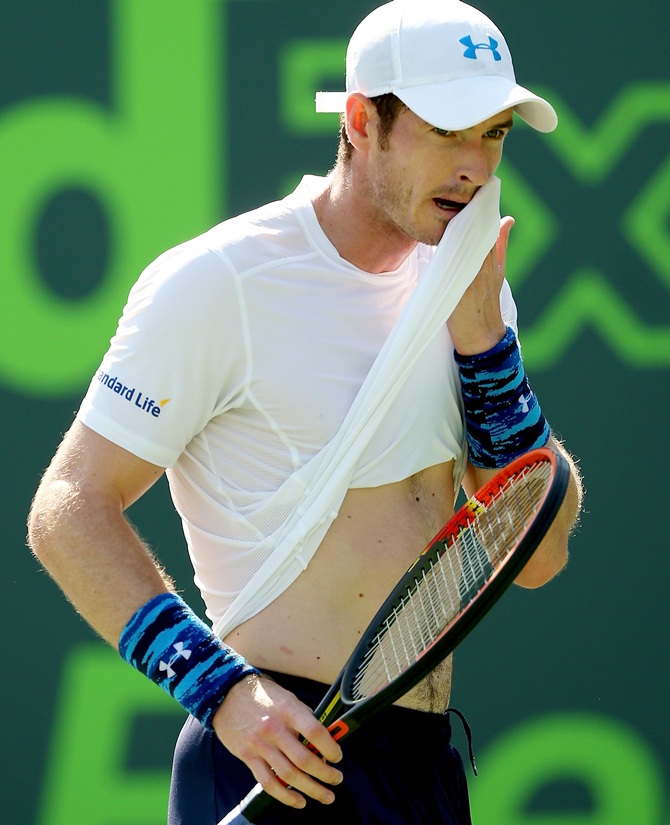 IMAGE: Andy Murray says the last few months have been difficult but believes he will turn it around. Photograph: Matthew Stockman/Getty Images

However, in response to a journalist's question, he said it was far from being the most difficult period of his career.

"No, I am ranked number one in the world. I have been in worse positions than this. When I had my back surgery it was very difficult for me. There were times when I was younger when I was struggling a lot more than now," he said.

"The last few months have been difficult but I believe I will turn it around and I hope it starts here in Paris," added the Scot, who has never won the French Open but did reach last year's final where he lost to Djokovic in four sets.

With Murray turning 30 earlier this month, the top five male tennis players in the world are now at that age or over.

Murray said he was "a little bit" surprised that no younger players had broken through.

"I think last year a lot of people were maybe expecting that to start happening because Roger (Federer) and Rafa (Nadal) both had quite serious injuries last year but both of them have come back extremely well this year," he said.

"The way tennis has been going the last 10, 12 years or so, it has looked like players are starting to play better as they get older," he said.

"I am sure the younger players will break through very shortly but, hopefully, I still have a few more years in the top few spots in the rankings," he said.

© Copyright 2020 Reuters Limited. All rights reserved. Republication or redistribution of Reuters content, including by framing or similar means, is expressly prohibited without the prior written consent of Reuters. Reuters shall not be liable for any errors or delays in the content, or for any actions taken in reliance thereon.
Related News: Andy Murray, Novak Djokovic, Teddy Riner, IMAGE, Paris
SHARE THIS STORYCOMMENT
Print this article 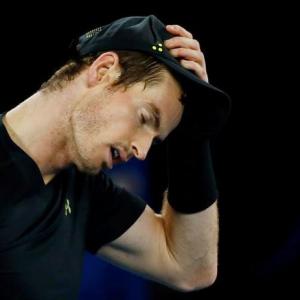 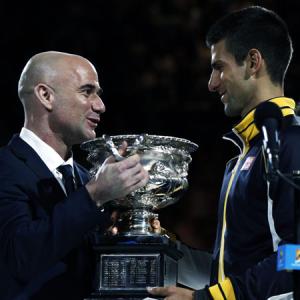 'Agassi could bring something special to Djokovic'