Spain and hat-trick hero Pedro turned on the style in a 4-0 World Cup qualifying win in Belarus amid a television blackout while Germany had Irish viewers turning off in droves as they romped to a 6-1 away win on Friday.

Zlatan Ibrahimovic's 75th minute winner salvaged a 2-1 victory for Sweden, who were 1-0 down to the 158th-ranked Faroe Islands, while Italy also enjoyed a second-half surge to prevail 3-1 in Armenia.

England laboured to a 5-0 win over San Marino at Wembley while their former boss Fabio Capello was thrilled with new side Russia's 1-0 home win over Portugal which gave the Euro 2012 flops three wins from three to top Group F.

The Netherlands might have expected more than a 3-0 victory over tiny Andorra, in contrast to neighbours Belgium who won 3-0 in Serbia to increase their burgeoning reputation as one of the favourites to reach Brazil 2014 with their talent-packed side. The result left the Belgians joint top of the group with seven points from three games along with Croatia, who came from behind to win 2-1 at fellow former Yugoslavs Macedonia.

Spain's game was not televised in their debt-ridden home nation as no broadcaster agreed to pay the price set by rights holders Sportfive to show the world and European champions' Group I match.

Vicente Del Bosque's side got straight down to business and were 2-0 up inside the first quarter of the match in Minsk, with Jordi Alba and Pedro on the scoresheet.

Pedro then grabbed two more after the break, outpacing the defence for his second and combining with Barcelona team mate Cesc Fabregas for his third as Spain made it two wins from two.

"We were superior and we didn't let them play," Del Bosque told a news conference ahead of Tuesday's visit of France, who suffered a shock 1-0 loss to Japan in a Paris friendly.

"They couldn't operate at their level due to our strengths and they did not feel at ease on the pitch," he added.

Germany rocketed onto a maximum nine points in Dublin with Marco Reus putting the Group C leaders 2-0 up inside 40 minutes with two crisp strikes.

Giovanni Trapattoni's Ireland were never in the game as they suffered a record-equalling home defeat as a Mesut Ozil penalty, trademark Miroslav Klose finish and two classy Toni Kroos goals completed the rout.

"We had set out for a lot (of goals) in this game," Reus told ZDF television.

"The coach prepared us well. We had control of the game all the time and the first-half lead gave us the needed confidence."

Group B leaders Italy had a tougher time in Armenia but their nerves were settled by an 11th minute Andrea Pirlo penalty.

Henrikh Mkhitaryan wiped the smiles off Italian faces when he skipped past Andrea Barzagli to fire home the equaliser and Cesare Prandelli's Euro 2012 runners-up needed headers after the break from Daniele De Rossi and Pablo Osvaldo to be safe.

Sweden were feeling far from safe after 57 minutes when a weak Jonas Olsson clearance was punished by Rogvi Baldvinsson as the tiny Faroes celebrated a famous goal on their new artificial pitch against their more illustrious Scandinavian neighbours.

Alexander Kacaniklic's 65th minute equaliser calmed Swedish fears before Ibrahimovic sealed the points in Group C to stay three points behind the Germans with a game in hand.

England returned to the Group H summit but were less than sparkling against San Marino, a tiny city state in the footballing backwater of the Italian peninsula.

England's nervy coach Roy Hodgson, whose side make the tricky trip to Poland on Tuesday, had to wait until the 35th minute for a goal which came from a Wayne Rooney penalty.

The striker added another in between Manchester United team mate Danny Welbeck's well-taken double before Alex Oxlade-Chamberlain netted the fifth with his first international goal after 77 minutes.

Elsewhere on the long road to Brazil 2014, with fewer than half the group matches completed, Switzerland stayed top of Group E after a 1-1 draw at home to Norway while Bosnia remained just ahead of the pack in Group G after a 0-0 draw in Greece.

Romania beat Turkey 1-0 away to extend their perfect start in Group D and stay level on points with 2010 runners-up the Netherlands as the race for the nine automatic World Cup berths as European group winners starts to hot up.

© Copyright 2021 Reuters Limited. All rights reserved. Republication or redistribution of Reuters content, including by framing or similar means, is expressly prohibited without the prior written consent of Reuters. Reuters shall not be liable for any errors or delays in the content, or for any actions taken in reliance thereon.
Related News: Pedro, Del Bosque, Zlatan Ibrahimovic, Reus, Spain
SHARE THIS STORYCOMMENT
Print this article
Capello, Trapattoni off to winning starts 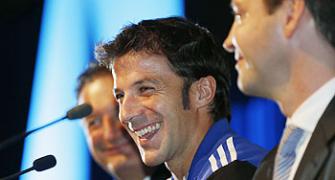 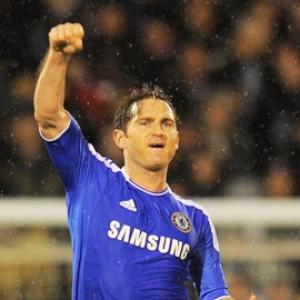 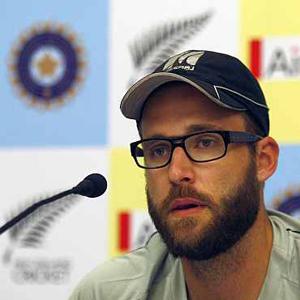