IAAF will not rush to change rule that ousted Bolt

The International Association of Athletics Federations (IAAF) will not be rushed into revising the controversial false-start rule that sent Usain Bolt crashing out of the world championships 100 metres, a top official said on Wednesday.

The one-and-you-are-done rule has been in effect since January 2010 and most elite sprinters do not like it.

But it was not until the lanky Bolt popped out of his blocks ahead of the starter's gun in Sunday's 100 metres final did the outcry for change spread to the general public. 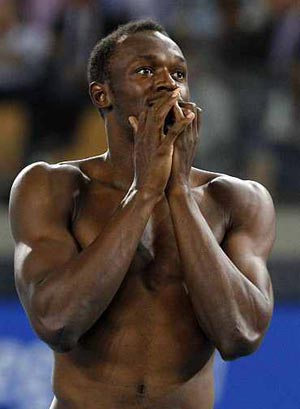 "There definitely has been feedback," IAAF competitions director Paul Hardy said of the mountain of e-mails that have poured into his and other IAAF departments.

"It is big enough that it may be reviewed," he said. "But remember we are always reviewing our rules."

The IAAF Council, in extraordinary cases, has the authority to make interim changes to rules.

It meets again on Sunday and while it may discuss the Bolt incident it is unlikely to consider any substantial changes, officials told Reuters.

The group that is normally the starting point for rules changes, the IAAF Technical Committee, does not meet again until next year.

Officials adopted the one-and-done rule after a decade of discussions in an attempt to speed up the competition but it can also reduce interest in the sport.

The 100 metres was to be the highlight of the Daegu championships, at least in the public's eye, but it went off without the sport's biggest draw.

"I don't think anybody was happy to see Usain Bolt disqualified," Hardy said.

"He is by far and away the biggest name in our sport. We need him," the IAAF official said of the 100 and 200 metres world record holder and Olympic champion.

"But rules are rules, and rules are for everyone."

"These things happen," he said. "When they do, there are clear rules to be followed. We don't play fast and loose with them simply because you get high-profile DQs (disqualifications)."

Women's 100 metres winner Carmelita Jeter said she had no problem with the regulation.

"It's a rule. And like any rule you have to abide by it," Jeter said.

New world 110 metres hurdles champion, American Jason Richardson, said he would not be opposed to a return to the old rule by which the first false start was charged against the field and the second eliminated the offending party.

Richardson was awarded victory after world record-holder Dayron Robles was disqualified for tangling with China's Liu Xiang over the closing hurdles. The race could have been re-run but officials decided to reject Robles's appeal.

"I understand everybody wants the big players to run the big times and get the big medals so everybody cries fouls and wants re-runs," Richardson said. "But that is pretty much why we have those rules."

Richardson had simple advice for athletes wanting to avoid a repeat of the situations that cost two of the sport's biggest names the chance to win world titles.

"Stay in your lane and wait for the gun," he said.
Source: 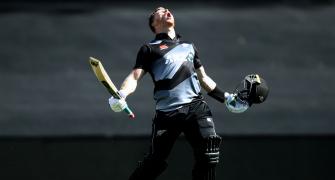 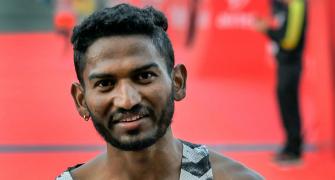