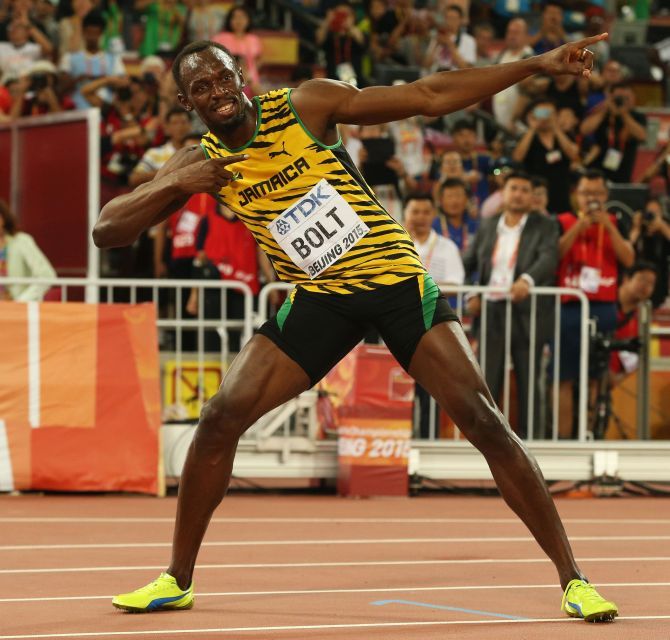 Usain Bolt retained his 100 metres title at the IAAF World Championship, in Beijing, on Sunday.

Under huge pressure, and certainly not a favourite coming into the event, Bolt won in 9.79 seconds - besting rival Justin Gatlin (9.80 seconds) In doing so Bolt became the third sprinter - after Americans Carl Lewis and Maurice Greene - to win the world title on three occasions. 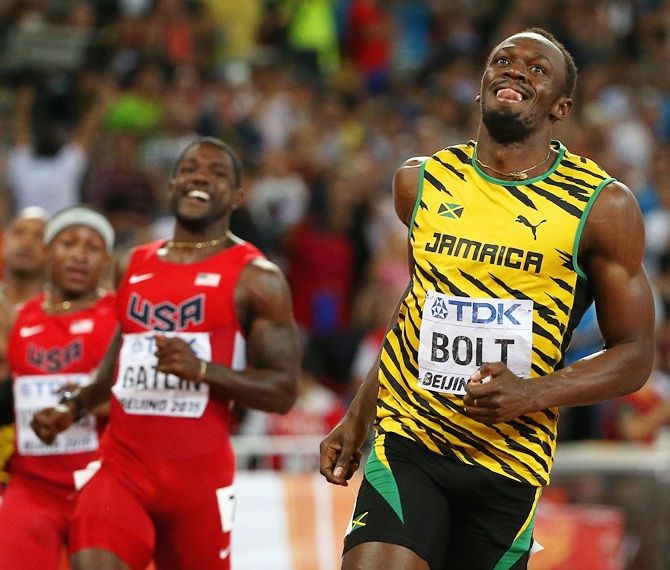 The final one-two finsihed exactly as it had in Moscow two years back.

Canada's Andre De Grasse and American Trayvon Bromell tied for the bronze, the former with a personal best timing (9.92 seconds). Usain Bolt of Jamaica is congratulated by Justin Gatlin of the United States after winning gold. Photograph: Ian Walton/Getty Images

The reigning world and Olympic champion had won the seventh heat in 9.96 despite a slow start, a poor show considering his high standards.

The 100 meters world record (9.58 secs) was set by Bolt in the Berlin edition in 2009. The Jamaican also won the event in Moscow in 2013, while also winning the gold in the same in the last two Olympics. He was disqualified from the final in Daegu (2011) for making a false start.

The Jamaican, 29, has been beset by a pelvic injury for much of the season, producing only two sub-10 second 100m performances all summer.

The controversial American, who arrived in Beijing on a 27-race unbeaten run stretching back two years, had underlined his status as gold medal favourite with the fastest time in the first round.

But Bolt was better when it mattered the most. Yet again. Wang, 23, bronze medallist at the London Olympics three years ago, broke clear of the leading pack at the 13 km mark and opened up a sizeable lead that looked to be enough.

But a steely Lopez closed the gap at the 17km mark before overtaking an exhausted Wang shortly after, powering home to the Bird's Nest Stadium with the Chinese athlete unable to match the pace.

Lopez pumped his fist in delight as he crossed the line in a personal best time of one hour 19 minutes 14 seconds, with Wang 15 seconds back.

Olympic champion Ding Chen had joined Wang in an early Chinese pace-setting group but had to settle for ninth.

World record holder Yusuke Suzuki of Japan quit just after halfway through in ever-increasing heat in the Chinese capital. German Christina Schwanitz confirmed her status as the form shot-putter of 2015 by winning her first world championship gold medal with a throw of 20.37 metres on Saturday.

The 29-year-old disappointed the home crowd at the Bird's Nest stadium by edging Gong Lijiao into second place with her third throw, leaving the Chinese to take silver on the back of her opening effort of 20.30m.

New Zealander Valerie Adams, who won gold at the last four world championships, elected to skip the meeting so she could undergo shoulder and elbow surgeries with an eye on her Olympic title defence in Rio de Janeiro next year.

"I must be one of the happiest people in the stadium," a laughing Schwanitz said, the German flag draped over her shoulders.

"The feeling is indescribable. It's unreal. I couldn't really see how I would do it."

"I really concentrated, really focussed. I knew I wasn't as nervous as she was and I know that in the world championships nothing is impossible.

"I was in a more relaxed position than I had ever been in before.

"I'll probably have a few beers with my trainer tonight." 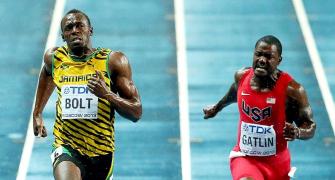 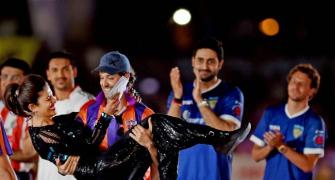