Bolt on board for Worlds hit by withdrawals 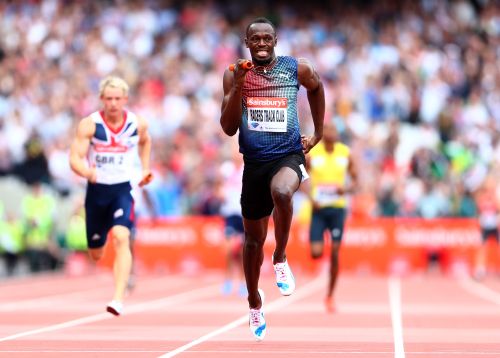 A year after athletics was at the heart of London 2012 the sport's biennial world championships is in danger of losing its lustre after a series of doping and injury withdrawals have robbed the Moscow event of much of its stardust.

True, Usain Bolt is still on board flying the flag and will ensure massive interest but after Tyson Gay and Asafa Powell were ruled out through doping violations and reigning 100m champion Yohan Blake pulled out injured, it seems only a repeat of his false start in Daegu two years ago can prevent the Jamaican taking the title.

Should Bolt fail again, the International Association of Athletics Federations (IAAF) faces the nightmare scenario of twice-banned doper Justin Gatlin being crowned world champion to cap off an horrific summer doping deluge that has again dragged the sport into the gutter.

Rudisha is out with a knee injury 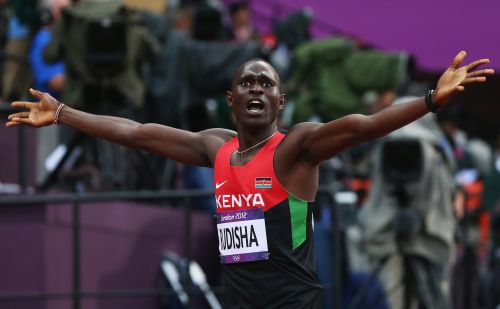 Olympic 1,500 metres champion Asli Cakir Alptekin is one of dozens of Turkish athletes to fail recent tests while host nation Russia has more than 40 currently serving bans - as well as several more back in action having served their time for positives.

Olympic champion and world 800 record holder David Rudisha will be watching from home as he nurses a knee injury but, according to Kenya's former Olympic champion Kip Keino, several of the country's other leading athletes are also opting to sit out the championships to stay fresh for potentially more lucrative appearances in the Diamond League and city road races.

Also missing will be Britain's Olympic heptathlon champion Jessica Ennis-Hill who has failed to recover from an Achilles tendon injury, with Russian world champion Tatyana Chernova also out injured. 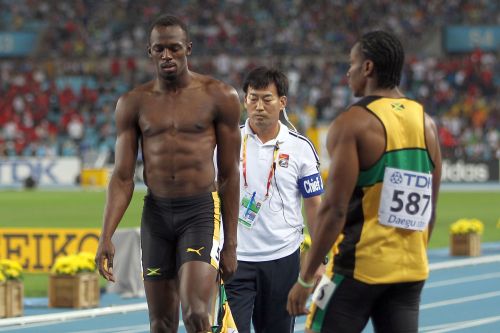 In 2009, Bolt matched his Beijing Olympic heroics and went even faster by winning the 100m and 200m in world records that still stand.

Two years later in South Korea it all went horribly wrong when he false-started and was disqualified from the 100, opening the door for Blake.

He roared back to take the 200 and relay golds and, providing he is fully fit, there seems little possibility of him missing out on another double and probable treble.

Bolt warmed up with a comfortable 9.85 win at the London Diamond League last weekend, despite a dire start.

"I think I was just race rusty," he said. "I think the rounds at the world championships should help out just to get my legs freer."

Weir looks the only man capable of getting close to Bolt Gatlin, who handed Bolt a rare defeat over 100 in June, looks his closest rival and Jamaican Nesta Carter, whose 9.87 in Madrid on July 13 makes him the second-fastest man in the field, should also feature but realistically they are competing for silver.

Another Jamaican, 2012 Olympic bronze medallist Warren Weir, looks the only man capable of getting close to Bolt over 200 and he completed his competitive preparations with a London win in 19.89 but again the champion would have to have an off day to open the door.

While the United States is struggling to reclaim its hegemony in the flat sprints, it remains dominant over the hurdles where David Oliver, Aries Merritt and surprise national trials winner Ryan Wilson will attempt a first U.S. sweep of a global 110 hurdles final since the 1960 Olympics. 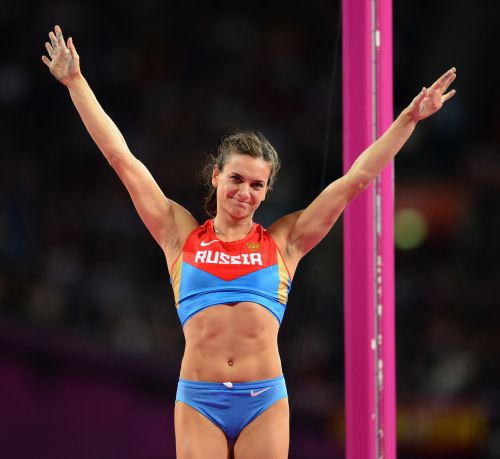 Australia's Olympic sprint hurdles champion Sally Pearson has timed her return to form just right as she won her first Diamond League race of the season at London after a wretched injury-hit season.

Farah's leap to dominance over the longer distances came after he worked relentlessly to develop his last-lap speed and the evidence was there for all to see when he broke Steve Cram's 28-year-old British 1,500m record when recently finishing second to Kenya's Asbel Kiprop, favourite to retain his world title.

It will be an emotional outing for Russian pole vaulter extraordinaire Yelena Isinbayeva, who will retire after the event.

The 31-year-old twice Olympic champion failed to medal in the last two world championships and has struggled for form this year but would love to go out on a high - something around five metres.

The championships run from August10-18.