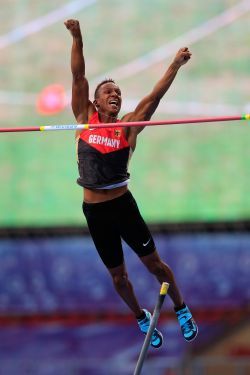 Germany's Raphael Holzdeppe was a shock winner of the men's world pole vault title on Monday as he edged red-hot favourite Frenchman Renaud Lavillenie on countback.

Both men failed three times to clear 5.96 metres but the German had been faultless in moving up through the heights to notch 5.89 and add world gold to his Olympic bronze last year.

Olympic champion Lavillenie, who had dominated the event all season, was uncharacteristically off form and had several failures along the way before settling for silver, also on 5.89.

Bjorn Otto of Germany took bronze on countback ahead of American Brad Walker after both men cleared 5.82.

© Copyright 2021 Reuters Limited. All rights reserved. Republication or redistribution of Reuters content, including by framing or similar means, is expressly prohibited without the prior written consent of Reuters. Reuters shall not be liable for any errors or delays in the content, or for any actions taken in reliance thereon.
Related News: Raphael Holzdeppe, Renaud Lavillenie, Bjorn Otto, Brad Walker, Germany
COMMENT
Print this article 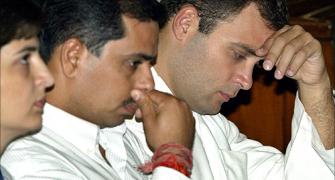 Vadra issue: Party infighting in Haryana a worry for Congress 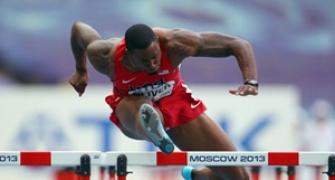 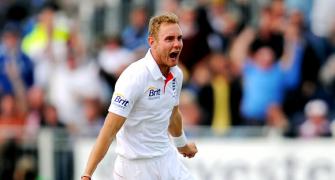 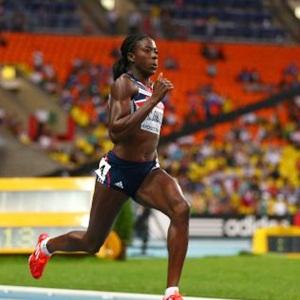 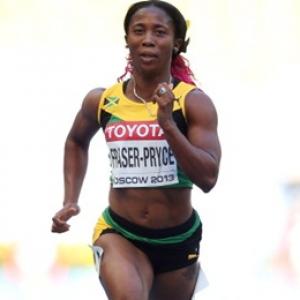