He did it Again! Woods 'began dating' Amanda while he was with Lindsey 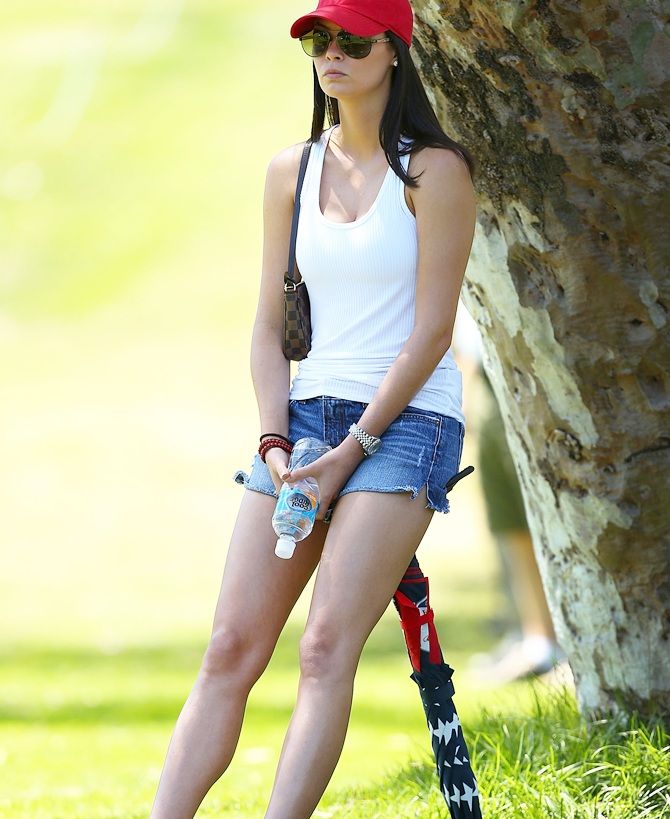 Tiger Woods is in conflicting times again. This time it is not his failure to win any golf title but we are talking about his troubled personal life.

Real reason why Woods and Vonn split: He CHEATED, again!

As PGA Greenbrier Classic begins, the former World No 1’s personal life haunts him again as he was romantically linked to a rival's ex-wife.

Woods was again the subject of tabloid reports as the National Enquirer stated Woods and US ski star Lindsey Vonn split up in May after two years together because she caught Woods cheating on her with Amanda Boyd, a 27-year-old who in March divorced star golfer Jason Dufner, the 2013 PGA Championship winner. “Even though Tiger dated Lindsey for years, he had a ‘thing’ for Amanda,” a source told National Enquirer.

“At first, it was just innocent flirting, but earlier this year it became serious.

“Amanda is gorgeous, and she’s known as a big flirt with the other players on the PGA tour,” another source was quoted as saying.

Mark Steinberg, the agent for Woods, told Fox News in an e-mail the report linking Woods to Boyd was "Absolutely 100 per cent false," and a "Complete lie and fabrication," he told the Golf Channel the story was a ‘ridiculous rumor’.

Woods had a secret sex life with more than a dozen mistresses revealed in 2009, a scandal that led to his divorce from Elin Nordegren in 2010.

The 39-year-old 14-time major champion, in the midst of the worst season of his career, missed the cut at last month's US Open at Chambers Bay.

Woods had a secret sex life with more than a dozen mistresses revealed in 2009, a scandal that led to his divorce from Elin Nordegren in 2010.

He has not won a major title since the scandal erupted, ruining his good-guy clean cut image and as a result saw his endorsement deals suffer a major blow.

Woods has slumped to 220th in the rankings, makes his only tuneup for the British Open in two weeks at St Andrews against a field whose only top-10 rival is third-ranked Bubba Watson, the two-time Masters champion coming off a PGA victory last week.