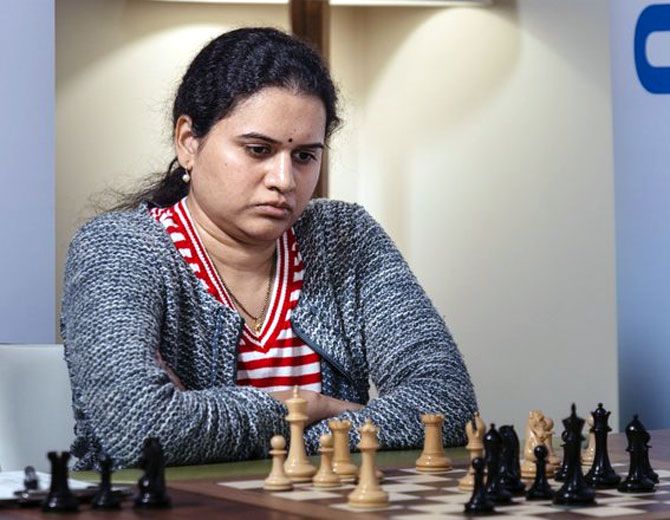 India's Koneru Humpy and D Harika advanced to the quarter-finals of the fourth and final leg of the Women's Speed Chess Championships on Wednesday.

While world rapid champion Humpy edged out Russian Olga Girya 7-6 to reach the last eight, Harika had to work hard for a 6-5 win over Tatev Abrahmanyan.

Humpy, the World No. 2 will meet Valentina Gunina in the second round, while Harika will take on Alexandra Kosteniuk for a place in the semi-finals.